Jamie is a shell of his former self without Claire. His presence at Lallybroch puts everyone he loves in harm’s way, and has devastating consequences for Fergus. Claire and Frank’s relationship changes, setting a distance that may remain for the rest of their marriage.

It’s impossible not to feel bad for Frank. He still loves the woman he married, while she’s lived an entirely different life during their time apart. Though she’s back in the present with Frank and their daughter, her mind is somewhere else, with someone else, and Frank knows it. No matter how hard he tries, he can’t compete with the ghost inside Claire’s heart and mind. It has to be incredibly frustrating, but Frank comes off as surprisingly patient. He internalizes his frustration and his unrequited passions for Claire. He’s nothing more than a placeholder for Claire. She’s here now, and in order to survive in the 1940’s, she’s agreed to remain in her original marriage. The only way she can return to Jamie now is in her fantasies at night, when she not so quietly masturbates right next to Frank while imagining Jamie. When they do have sex, Claire won’t look at Frank. She instead closes her eyes, pretending its Jamie she’s with. Frank knows it, and calls her out for what she’s doing, “When I’m with you, I’m with you, but you’re with him.” In the end their once double bed becomes two singles. The separation of Claire’s heart from Frank’s is represented by the gap between their beds. What a poor bastard. She’s no longer his wife; instead he’s Claire and her child’s guardian. She won’t allow Frank to love her, or herself to love him, but she will allow herself to be taken care of by him. 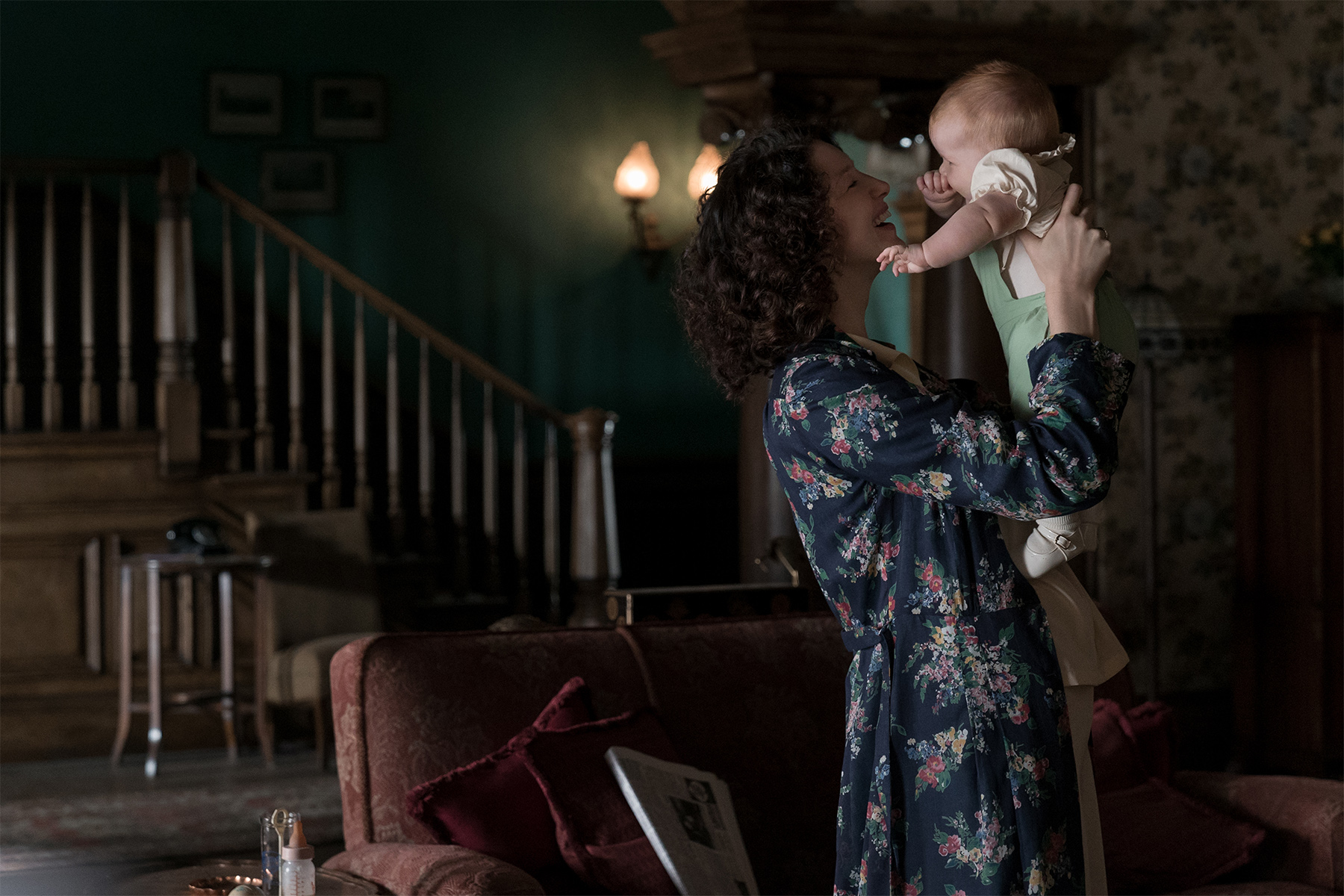 The poor treatment of women in postwar 1940’s America is interesting. During the war, women were welcomed into the workforce, playing a vital role in the war effort and American society. Great strides were seemingly made toward gender equality, but for some reason after the war things reversed themselves again. No longer seen as necessary or useful holding the same positions they were needed for during the war, women were sent back to the home, and cast off as lesser beings. Claire learns a harsh lesson on her first day of medical school when she introduces herself to the teacher. He tells her, “I was told there’d be a woman and a Negro. How very modern.” Not only is her teacher cruel by letting her know she’s not wanted, but the other students are as well. They shut her out, won’t let her sit by them, and are annoyed a woman has intruded. Claire is an outsider, but so is the only black student in the class, Joe Abernathy. The two of them are undesirables to the teacher, and to the other students, but it’s clear these two will find friendship and solidarity in their shared isolation. Not only do I believe these two will become close friends, but despite the teacher’s cynicism, I have a feeling both will end up being the best students in the class.

Life at Lallybroch for Jamie is one of an outlaw who must remain hidden. There are wanted posters bearing his likeness all over, and he’s known as both Red Jamie and the Dunbonnet for the cap he wears to hide his red hair. The British are not content knowing Jamie is alive, and because of it Jenny and Ian are constantly hassled by whichever new British officer is in charge of keeping the peace in the vicinity of Lallybroch. As hard as they may try to scare or coerce Jenny and Ian to turn Jamie in, both pretend to have no idea where Jamie is. It’s become a habitual thing for the British to throw Ian in prison for several days hoping he breaks and tells them where Jamie is, but each they release him after a short while. The harassment isn’t going to stop until Jamie is captured or killed, so he lives in the woods, making a cave his home. The Jamie Claire knew has disappeared behind a large beard and empty eyes, and in his place a ghost of a man haunts Lallybroch and the woods surrounding it. Without Claire, Jamie is an empty vessel, void of purpose and closed off from his fellow man. He still helps provide meat and whatever else Jenny and Ian need, but he can’t be seen for fear of punishment coming down on them for harboring Jamie. 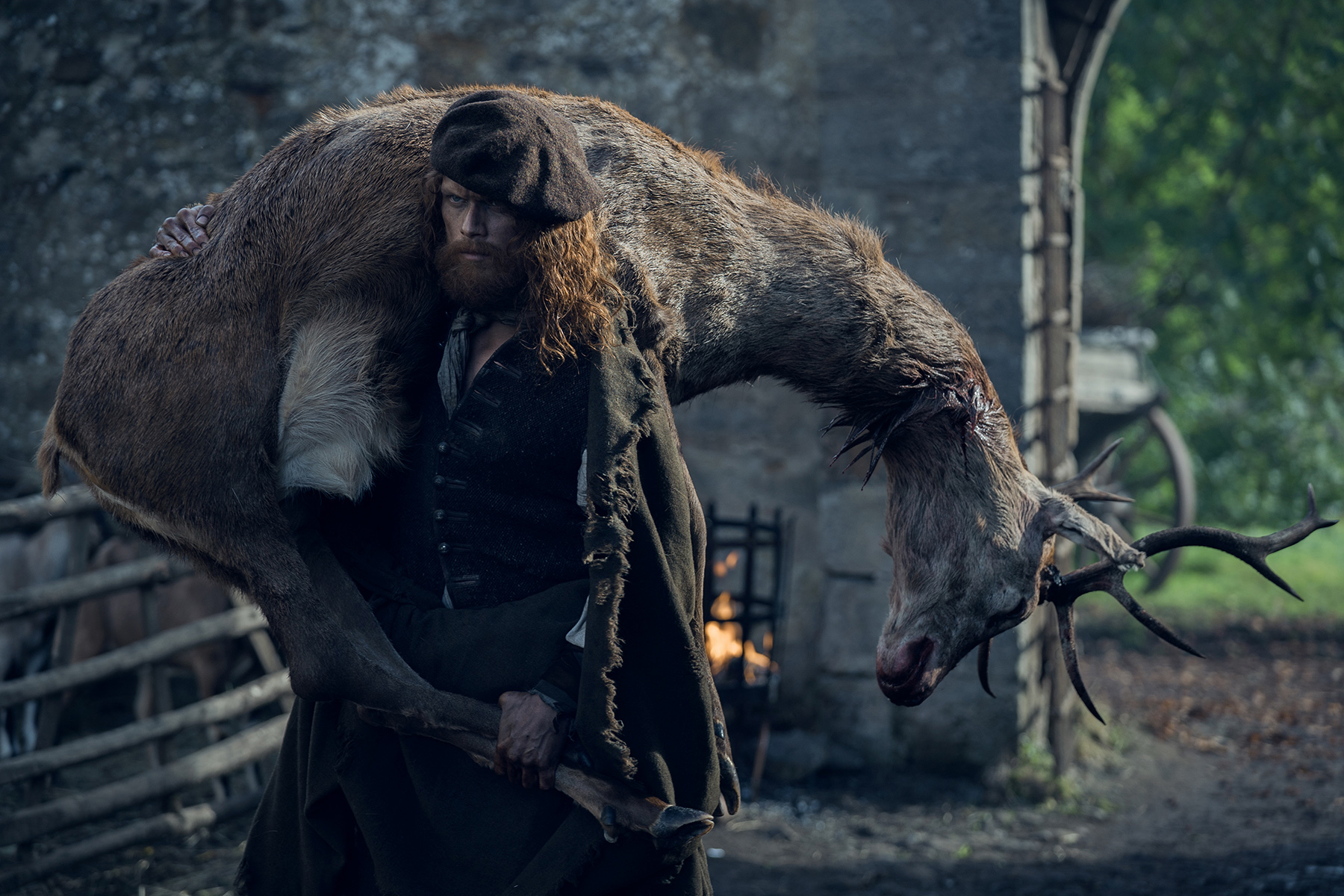 The six years since Claire disappeared back to the future have been harsh for Jamie. Just as he imagined he saw Claire on the battlefield of Culloden, from time to time he imagines he sees her at Lallybroch. Her absence pains him, and he’s decided he’ll never love another or marry again, even though Jenny suggests he move on, possibly with her friend Mary. It’s as if he has nothing to live for anymore, and even Fergus notices. If it were up to Fergus, they’d kill any redcoat that came to Lallybroch to harass them, but Jamie knows better and plays it safe. When Jamie refuses to teach Fergus how to shoot a gun (weapons are outlawed in occupied Scotland), Fergus tells him, “Just because you’re a coward now doesn’t mean I am.” If Jamie is going to lay low, Fergus is not. When the British return Ian, they tell Fergus that search parties are all over the woods looking for Jamie. They hope Fergus will attempt to go to Jamie and lead the British right to him, but Fergus knows what they are up to and leads them on a wild goose chase, taunting them all the while. One of the British soldiers is so angered by Fergus’s insults, that when they catch him, he cuts off one of Fergus’s hands with his sword and leaves the boy in the woods for dead. Jamie witnessed the entire thing and can’t do anything to stop it, but he does save Fergus’s life by making a tourniquet, something he learned from Claire. He feels responsible for what’s happened to Fergus. Jamie’s presence at Lallybroch puts everyone in danger, so he comes up with a solution to stop the harassment. 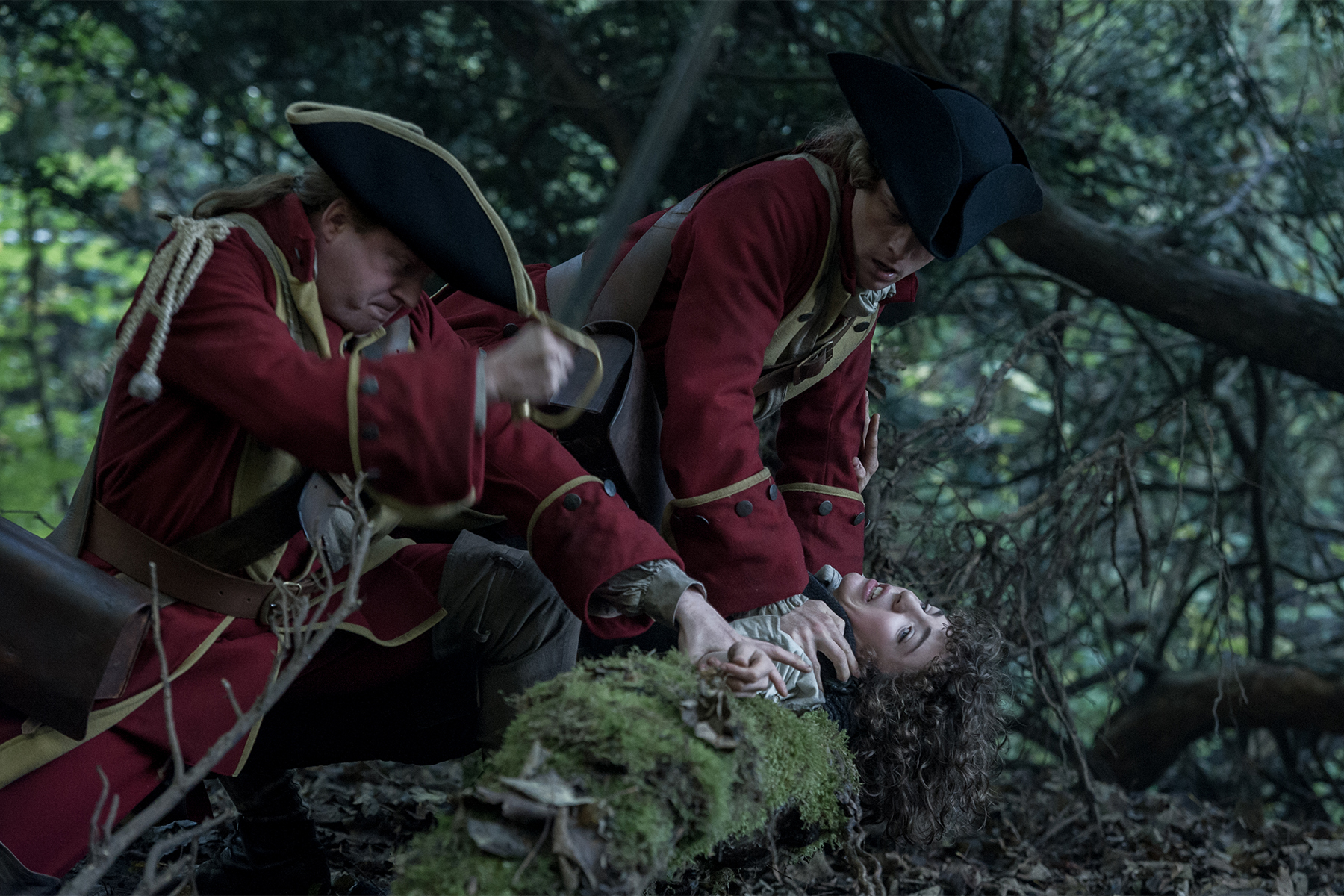 Jamie wants Jenny to turn him in to the British, even though it goes against everything inside of her. If he’s gone, they’ll be safe. If Jenny turns him in, not only will she get a reward for doing so, but any suspicion the British have that Jenny and Ian are traitors will immediately disappear. For Jamie, any prison will be nothing compare to the prison he carries around within himself in Claire’s absence. Jenny agrees after Jamie’s insistence, but is unhappy about it. The night before he’s to be captured, Mary comes to Jamie at his cave. She brings him food, and offers herself to him. At first he declines, but she tells him it’s been too long for both of them, and they need a little something to help them get by. Tears stream down his face when he relents. He hasn’t touched or been touched by anyone since Claire disappeared. Mary shaves Jamie’s face, and he looks like his old self again. Losing the beard and the long hair has helped him shed some of his sadness. On the day of his capture he puts on a grand show for the British who are hiding, and so does Jenny. They need to sell it in order to shed any suspicions. The words Jamie says to her when he’s captured ring hollow, we know he doesn’t believe what he’s saying, but Jenny speaks the truth when she yells out, “You gave me no choice, and I’ll never forgive you!” He’s broken her heart by forcing her to do this.