The entire season of Outlander has led up to the epic first meeting between Brianna and Jamie, but the emotional toll of being raped, the loss of Roger, and the feeling of guilt for treating Jamie like a father after all Frank did for her, has left Brianna more closed off than she would like. 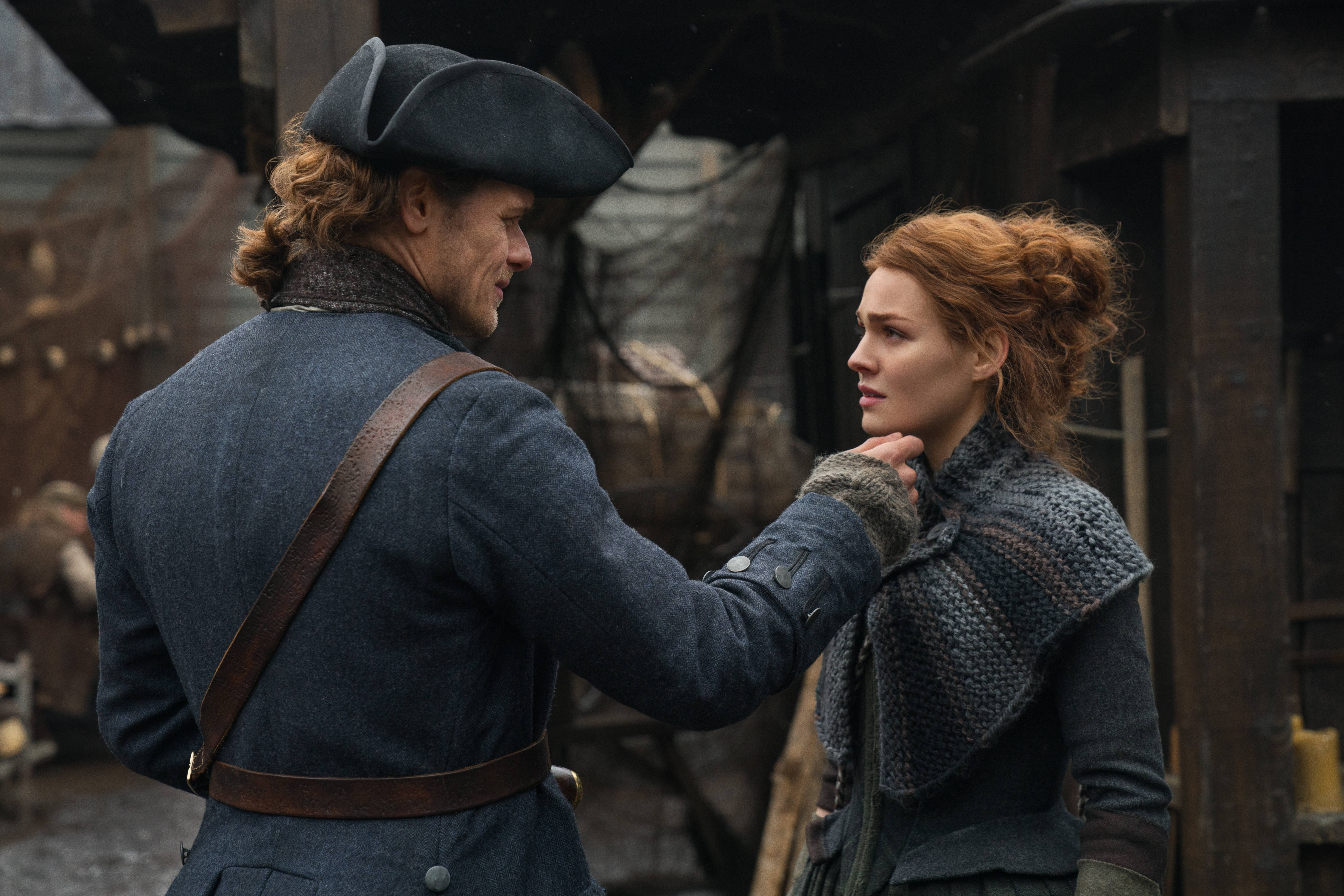 How strange is it that Brianna was conceived in the 1700’s, born and raised in the 1900’s, and has now slipped back in time to warn her parents of impending misfortune? The push and pull of the two temporal eras she now has her feet in must be overwhelming. The desire to stay in the 1700’s with her parents has to be strong, but knowing she’s out of place and belongs sometime else has to be gnawing on her as well. It might seem easy to stay, but we’ve already seen how dangerous the past can be. The feeling of helplessness and fear in the aftermath of the rape sets her mind on warning her parents and leaving, despite Jamie’s wish she would stay.

Brianna and Jamie’s meeting is a classic awkward moment, as she walks up on him urinating against a wall. She doesn’t know what to say to him, and her words come out strange. This is the moment she’s been waiting for her entire life, and it has to feel surreal. His polite brushing aside of her thinking she’s coming on to him is funny, but once they make the connection of who they are to each other, it’s an emotional wallop. Their initial embrace brings tears to both of their eyes, and when Claire and Brianna are reunited, you can see the disbelief and raw emotion pour out of Claire. She never thought she’d see her daughter again. 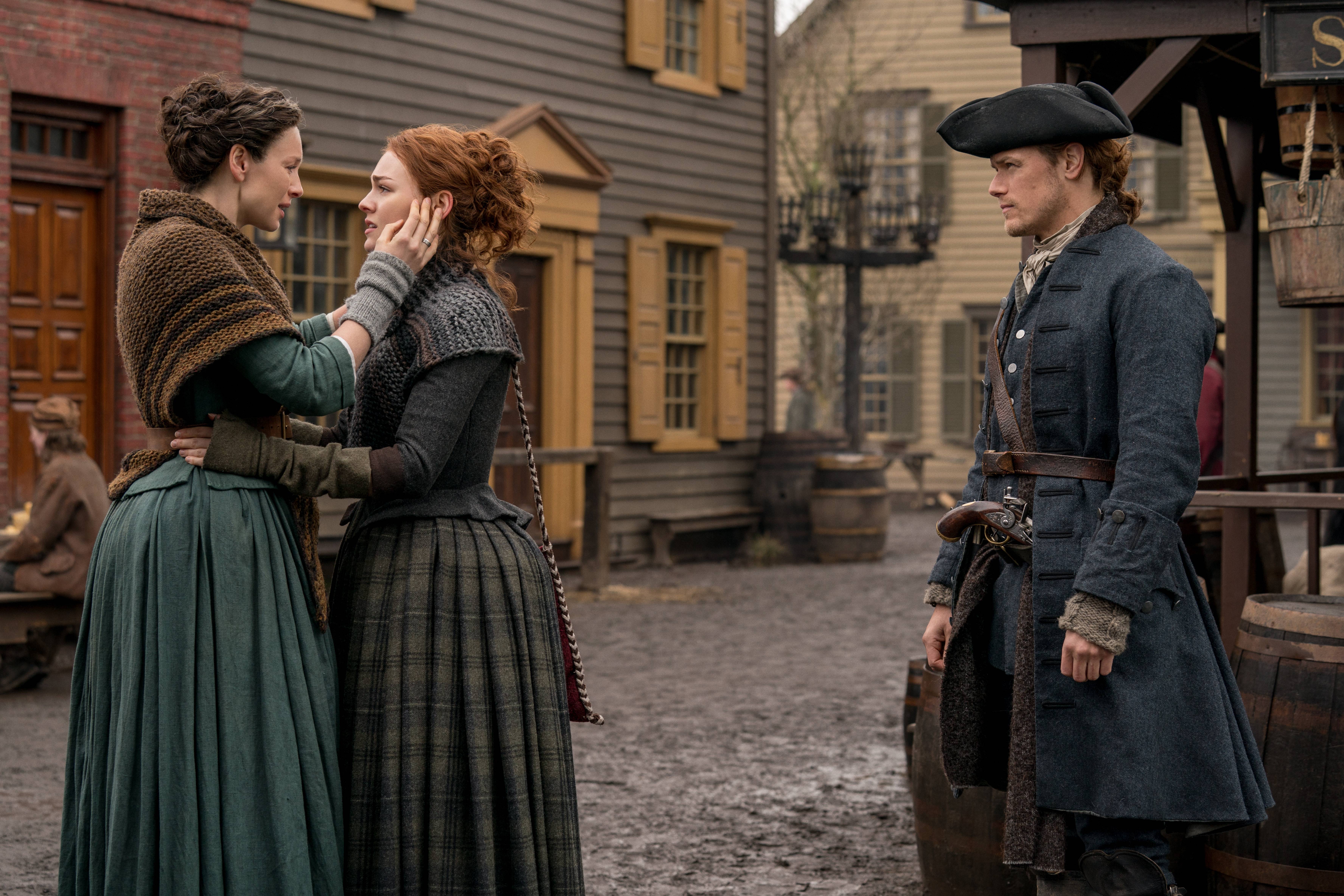 Brianna and Roger’s relationship, and the reconciliation they both desperately want, are stifled by Bonnet which leaves both unsure of when they’ll ever see each other again. Roger intends to stay and be with Brianna, but has no idea what took place between Brianna and Bonnet in the same tavern the night before. Though he wishes to stay and mend fences with Brianna, Bonnet will not allow Roger to abandon his job. The decision between the loss of a limb or finishing his job is an easy one because Bonnet means business. Before Brianna and Roger can lay eyes on each other again, Roger is marched back to Bonnet’s boat and they immediately set sail for Philadelphia. This wrench in Roger’s plan, means he has to find his way back from Philadelphia to Wilmington, and then have someone guide him to Jamie’s land, which is a lot larger task than it sounds for someone unaccustomed to riding horses and living rough.

Though Brianna is delighted to be with her family, she holds back the terrible experience that’s befallen her, and Claire can sense there’s something she’s not being told. Brianna wants to tell Claire about being raped by Bonnet, but after she finds out how badly they too have been treated by this same scoundrel, she keeps it to herself, and hides Claire’s wedding ring until she can figure out a way to tell her mother what happened. Claire’s not one to let things go, and her mind is sharp. While tidying up Brianna’s room she finds the ring, and quickly pieces together that something terrible has happened. The way Claire is framed in this shot makes her discovery even more powerful. There are nice shot selections throughout the episode, but this moment stands out for me. Not only does Claire find out that Bonnet has brutalized her daughter as well as killing one of her friends, but she soon learns Bonnet has gotten Brianna pregnant. Brianna knows for sure the child is Bonnet’s, which will bring up the inevitable discussion of whether or not to keep the child, or find a natural way to terminate the pregnancy. 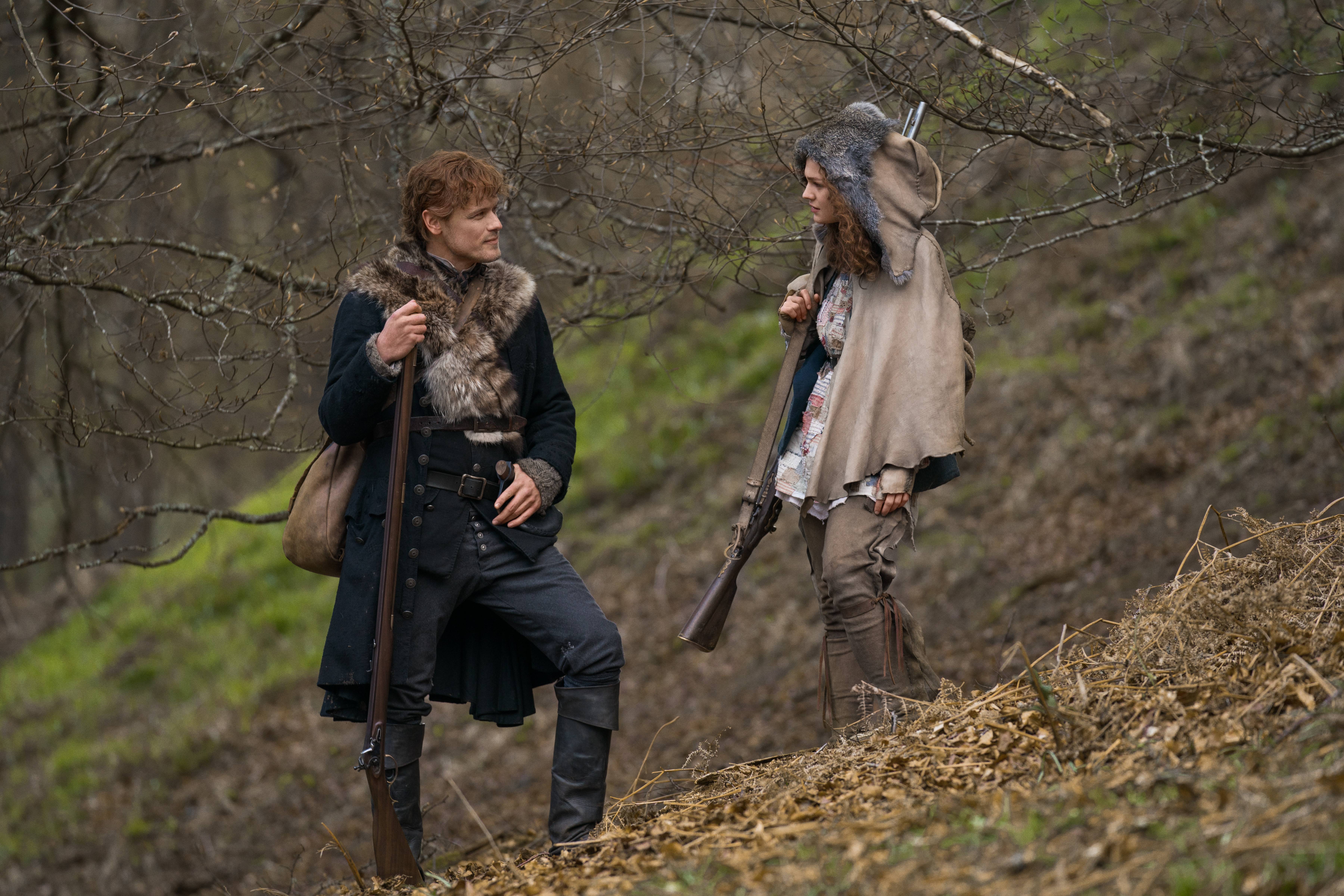 The Bee hunt Jamie takes Brianna on is a nice moment for the two of them to bond. Jamie desperately wants to enjoy as much time as possible with his daughter to make up for their years apart, but something gnaws at Brianna. She feels like she’s betraying Frank by treating Jamie as her father, and though they discuss the situation, it’s going to take awhile for Brianna to lose that sense of guilt and slip naturally into a familial relationship with Jamie. It won’t help matters when Brianna finds out what Jamie has done to Roger at the end of this episode. 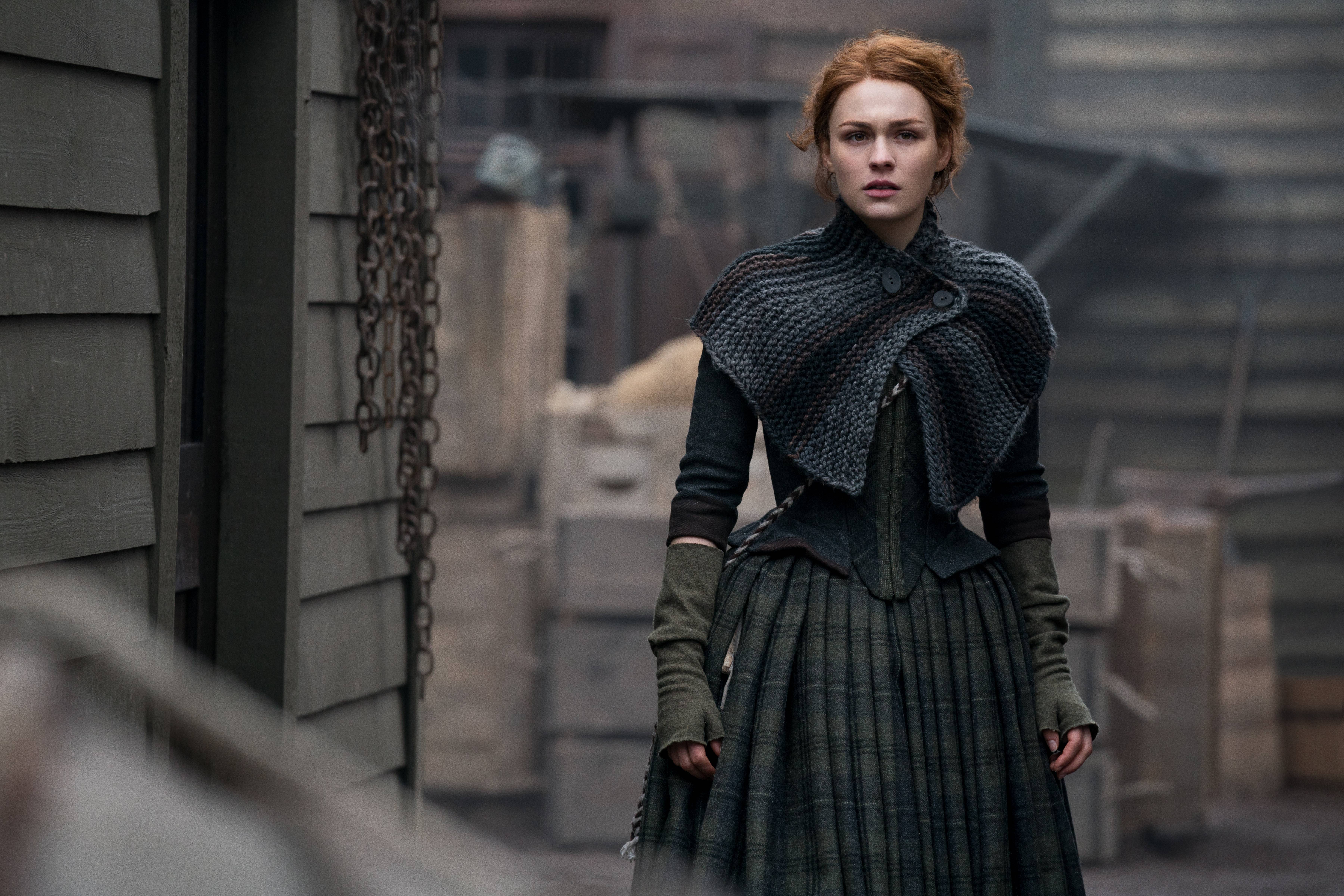 Jamie is very protective of Claire, and this is also true of Brianna. When Claire tells him that Brianna has been raped and is pregnant, Jamie is riled up. He doesn’t know Bonnet is the man who has done this terrible thing to Brianna, and the misunderstanding Brianna’s servant has had about Roger in the last episode continues to ill affect in this one. She believes Roger is the person who raped Brianna, so when she sees him on Jamie’s land, she and Young Ian insinuate to Jamie that Roger is there with ill intent. The rage within Jamie is so strong that he beats the tar out of Roger before saying a word to him. He likely would have killed Roger if other people had not come along. Instead of murdering Roger, he tells Young Ian to get rid of him. This decision on Jamie’s part is going to put a terrible strain on his and Brianna’s relationship, possibly fracturing it and driving her away from him when she finds out. Is there a way to make things right? It’s hard to say, especially since Jamie has a sour taste in his mouth for Roger to begin with. He may have ruined the one thing he wants most, a relationship with his daughter.