There are big changes afoot on Outlander. Claire and Jamie decide to leave Aunt Jocasta’s home as well as turn down the offer to take over her plantation. Taking over River Run would have given them a huge leg up in America, but it would also be a devils bargain, leaving them without any means to set the slaves free. Aunt Jocasta is the only family either of them has in America, but they sadly can’t stay since it’s an untenable situation. The parting is an emotional one for Jamie. He has a great affection for his aunt, he just doesn’t see eye to eye with her views of owning human beings as property. Given the nightmarish incident they witnessed the night before, it’s no surprise Claire and Jamie decide to make their own way. 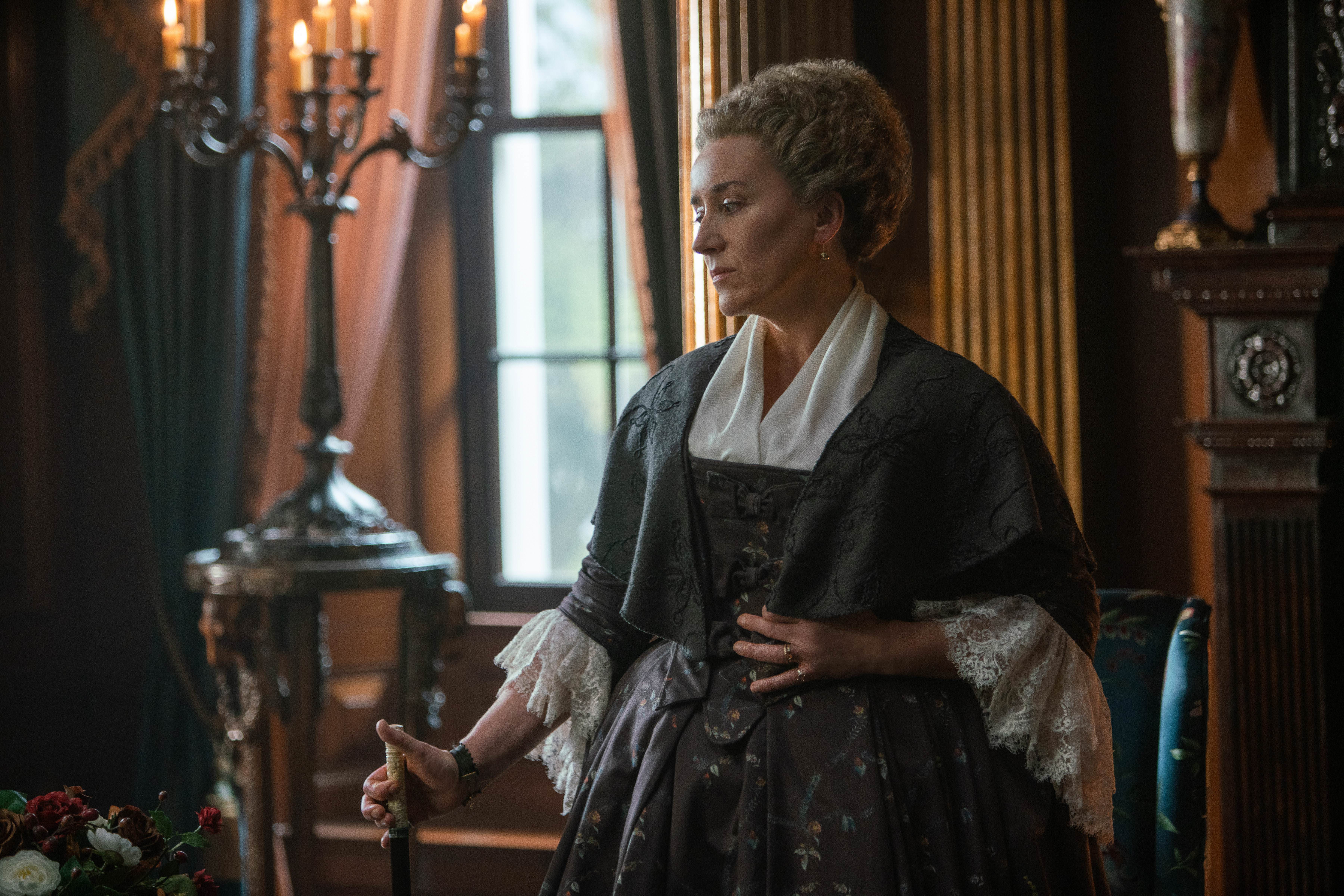 Aunt Jocasta is a headstrong woman, and so is Claire, so it’s no surprise that they butt heads. It is a surprise to Claire that Aunt Jocasta blames her for Jamie deciding not to stay and take over River Run. It’s a tense conversation, and the insinuation that Claire is the reason they are leaving irks her. She knows there’s no future for slavery in America. Even though emancipation may be a hundred years in the future, she wants nothing to do with the institution of slavery in the present. They head for a Scottish settlement near the frontier, and are guided by John Quincy Myers. Myers is a mountain man whose livelihood relies on trading with the Native Americans, and living peacefully with them. He knows the area like the back of his hand, and will be a key component to the success of Claire and Jamie settling there. By the end of the episode Jamie has found the perfect place for he and Claire to start their new lives. Jamie will have to take the deal with Governor Tryon to get it, knowing full well there will be strings attached. When the revolution comes will they be able to realign themselves to be on the right side of history, or will they end up on the losing side again?

This episode of Outlander splits its time between Claire and Jamie in the 1760’s, and Brianna and Roger in the 1970’s. Roger hands over the keys to his home to a relative, and heads to the United States to see Brianna (who he’s madly in love with) to participate in a Scottish festival being held in North Carolina. They surely have to be near where Claire and Jamie are in their own timeline. There’s certainly a huge attraction between Brianna and Roger, but he makes a complete mess of things, and comes off as an insensitive asshole in the process. Instead of letting their romance take its course naturally, he stops what will be their first sexual encounter midway through and asks for her hand in marriage. Brianna is a modern woman, and things are moving way too fast. She doesn’t say no, but she does tell him she’s not ready for this. Marriage isn’t off the table in the future, but her decision turns Roger’s old-fashioned notions of love and courtship into an all or nothing, brash and blustery situation that ends up torching the chances of anything happening at all. It’s excruciating to watch him continually say something worse each opportunity he has to make amends with her. When the episode ends, it’s hard to say if there will be any relationship left between these two. Roger is left with a book about the Scottish settling of North Carolina Brianna gave to him as a gift before their fight. Will the key to Brianna’s mother’s whereabouts be in the book, and will the quest to find Claire bring Brianna and Roger back together? 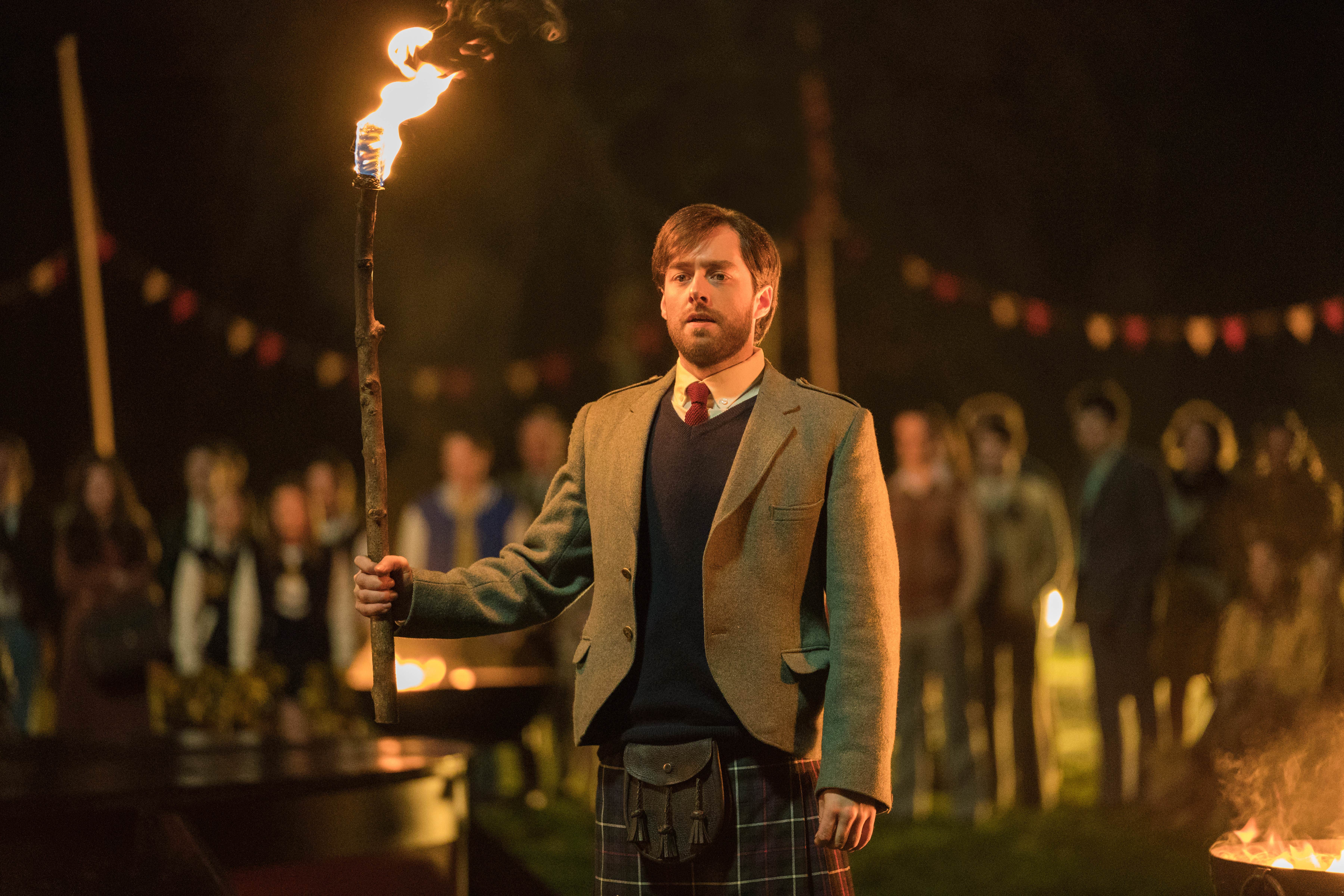 The most interesting aspect of the entire episode takes place after Young Ian and John Quincy Myers take leave of Claire and Jamie. On their own in a strange landscape, Claire and Jamie get separated during a storm (thanks to a runaway donkey). A lightning strike startles her horse so badly it throws her. The storm, the separation, and her taking shelter under a fallen tree where a skull is hidden, all seem to be guided by the hidden hand of fate. There’s something odd about the skull, and in the dark she can only vaguely see that the owner took a hatchet blow to the back of the head. Underneath the skull she finds a strange gemstone that appears to have the shimmering quality of an opal, but be made of a different material. Last season when Geillis attempted a blood sacrifice to open a portal in a cave to another time period, the water took on the same enchanted quality as the stone Claire finds here. This is an important moment that may tie back into the stone circle at the beginning of the first episode this season.

After finding the skull and the stone, Claire is visited by a man holding a torch in the rain who seems to walk between worlds. One minute he’s visible, the next he disappears, as if he’s blinking in and out of existence. When he turns away she sees the same hatchet injury on this man as on the skull she found. What purpose does this ghost play? The moment unsettles Claire, who’s already on edge after finding herself lost in the woods without Jamie. After the apparition leaves, she takes refuge once again under the fallen tree, this time taking her boots off to let them dry. When she awakes her boots are missing. On the ground around her are footsteps. She follows their path and it leads her to Jamie, who has found her boots on the bank of a creek. If Claire didn’t put them there, did the apparition move her shoes so she and Jamie would find each other? 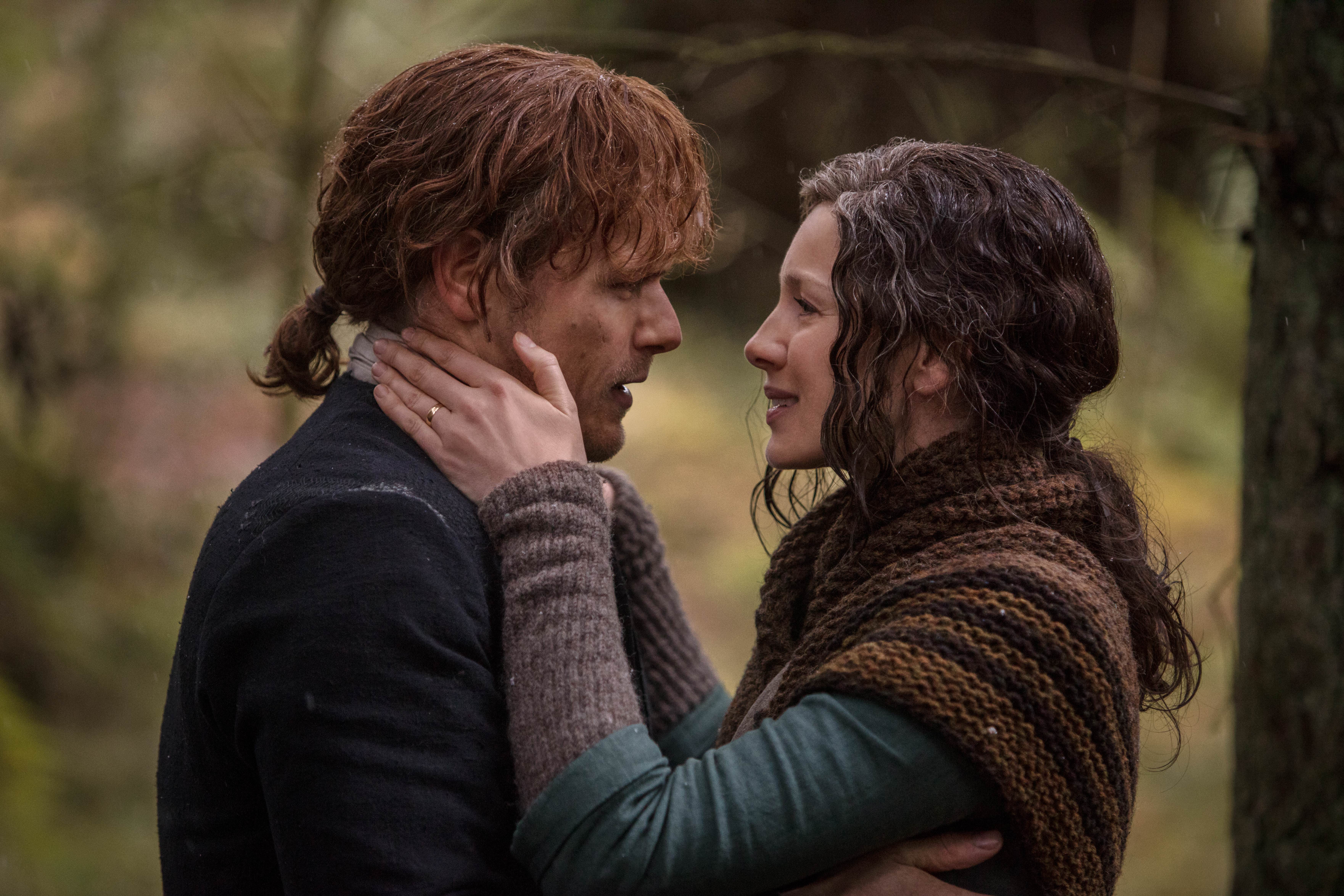 Claire keeps the man’s skull, and the stone, and while washing the skull in the creek she finds something that gives her pause. The teeth in the skull have silver fillings, which are something that won’t be invented for another one hundred years. The man had to have been a time traveler like Claire, but what happened to him, and how is it he can transcend death to help her? Did he come through the North Carolina stone circle from the first episode? If so, are there others like him? Did those others kill him to keep some secret, or was his death just an act of random frontier violence? Has he appeared to Claire to warn her?

The mystery of the portals between time periods, as well as the people who travel through them, gets lost in the historical story arcs for big chunks of time within each season of Outlander. When the moments do present themselves, they make for a fascinating mystery about how the world of Outlander works. My hope is that this mystery takes a more pronounced place in this season, and I believe it will possibly ensnare Brianna and perhaps unite her with her father for the first time.