Outlander has a knack of having some of the darkest plot twists on television, and the most recent episode is no exception. After weeks of a slow and meandering story so dull I nearly contemplated being done with the show, “Wilmington” pulls out some of the craziest ups and downs an Outlander character may have experienced in one episode.

I understood why Brianna was able to travel back through time, but was unclear how Roger had the ability to do so until a reader pointed out that Roger is a descendant of Geillis Duncan. This connection helps make sense of Roger’s slipping through time, but I still can’t remember when this tidbit of information was revealed in the series, so if anyone can point me to the episode this is mentioned in I would greatly appreciate it. This inhereted time travel ability has allowed these two to tempt fate, travel through the stones, and attempt to reach Claire and Jamie in the New World. Clearly from the very first scene of the series there are other stone circles travelers can use, and it appears there’s one in North Carolina. If Brianna and Roger would have known about this they could have used the one in America, and saved the treacherous journey across the ocean that was needed to reach the New World.

The seed of the new stone circle was planted in the season premiere, so there has to be some connection to it and the characters of Outlander before the end of this season, or it wouldn’t make sense to have revealed it. Claire experienced a ghost presence of a fellow traveler when she found a skeleton and jewel while she was lost in the woods earlier, but nothing much has come of this discovery since. How will the ability to transcend time, this new stone circle, and the other unknown travelers play into the story arc of this season once Brianna, Roger, Claire, and Jamie are united? 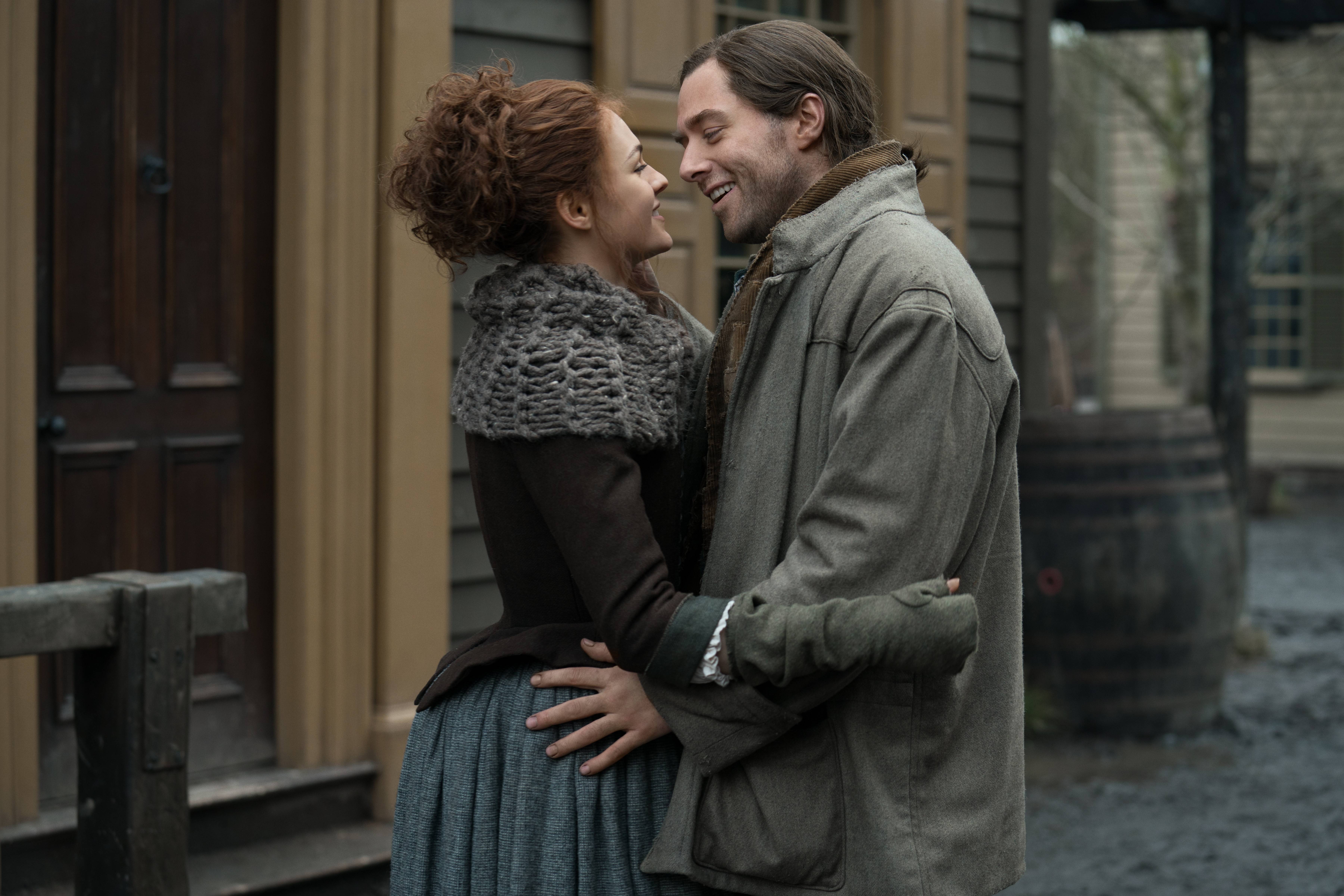 Brianna and Roger’s reunification is a whirlwind. We are shown Roger in the depths of despair, unable to find Brianna, and having spilt ale on his drawing of her, to the elation of hearing the sound of her voice and finding her again. These two are a weird and tempestuous couple. I’m not sure they really belong together. It’s clear that they love each other, but Roger’s old-fashioned ideas of marriage, and the patriarchy of these ideas (in direct opposition to what makes Claire and Jamie’s marriage work so well), continue to cause trouble every time their fledgling romance takes flight. Just when it seems he’s swallowed his pride and come to his senses, he mucks everything up anew.

Roger’s gesture of coming back through time to find Brianna sets her mind, and she agrees to marry him (since he won’t have sex with her unless he can have her forever) in a ancient Scottish binding custom. They make passionate love, Brianna loses her virginity and all seems well, but things take a left turn when Brianna finds out Roger knew about Claire and Jamie’s obituary and kept it from her. His selfish reasons for not telling her (he wanted her to be happy, and if she were happy she may marry him) sound idiotic when he vocalizes them. In true Roger all or nothing fashion, he tells her if she doesn’t want him to stay, he’ll head back through the stones. She tells him no one is stopping him from leaving, so of course, he storms off. 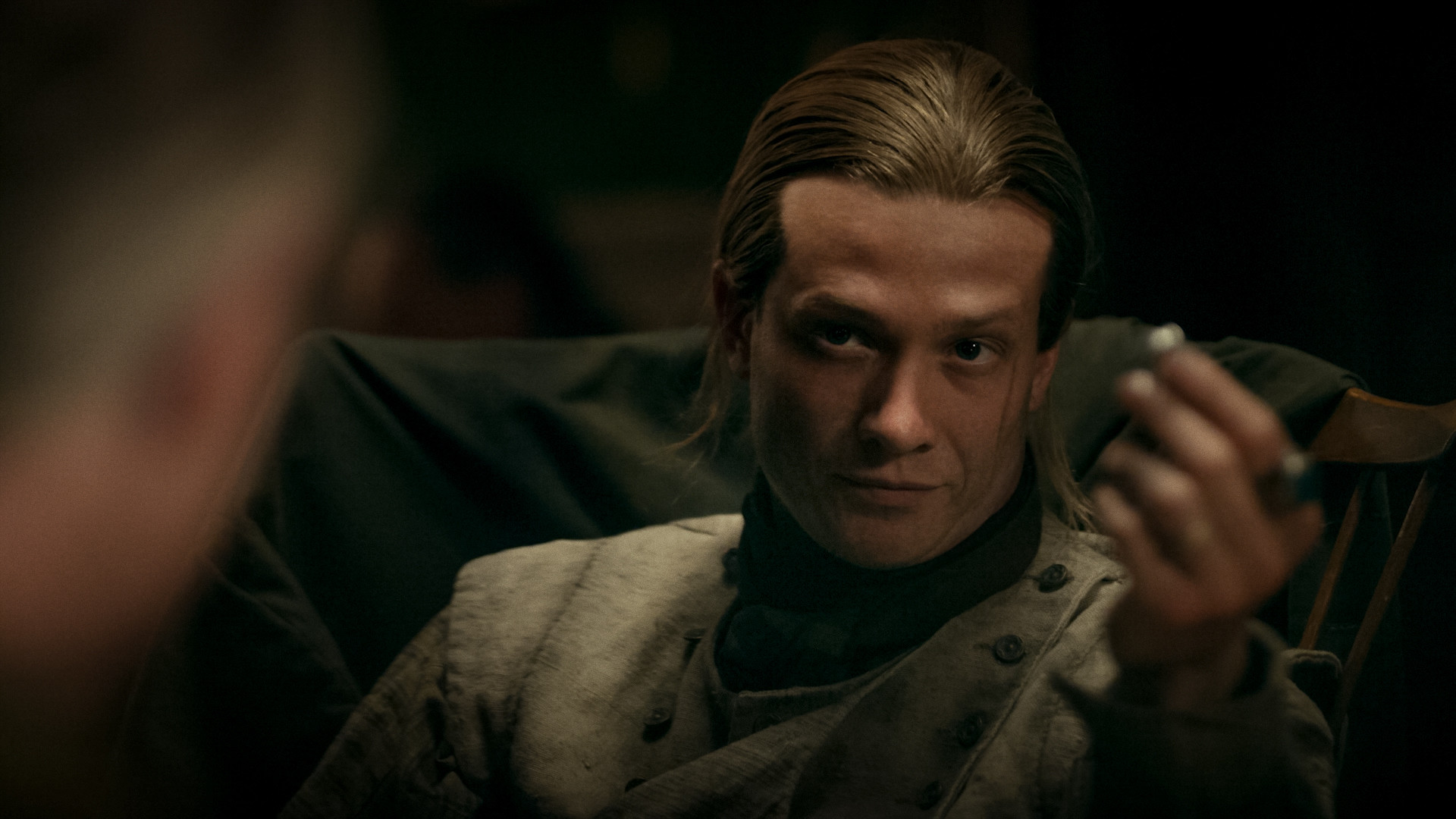 When Brianna returns to the Inn, she finds Stephen Bonnet gambling in the tavern, and he asks her to blow on something for good luck. Brianna recognizes it’s Claire’s wedding ring! Bonnet tells Brianna he’ll sell it to her, but when she goes to his room to make the exchange, Bonnet has other ideas. Brianna has just experienced the elation of consensual sex with someone you love, and now in Bonnet’s room she experiences the terror sex can bring in the form of rape. The scene is a brutal one, and is made even darker by merely hearing the sounds of it while seeing the other people in the tavern go about their business ignoring the degradation and brutality that’s clearly taking place in Bonnet’s room. The entire rape scene starts with Bonnet’s door open, while his fellow gamblers laugh, and a barmaid straightens out Brianna’s boots when Bonnet tosses them through the door before closing it, as if it’s all business as usual. He does give Brianna Claire’s ring, since he tells her he pays for his pleasures. Before she leaves, Bonnet tells her to say hello to Claire for him.

Bonnet is by far the biggest villain Outlander has seen, much more so than Black Jack Randall could have been, merely because of the seductive nature of Bonnet’s friendliness, which is something Randall lacked. On the surface Bonnet seems like a nice guy, until his true colors come forth, whereas Randall’s true cold nature was always on display. This makes Bonnet a much more dangerous character than Claire and Jamie have ever come up against. Jamie owed Bonnet a beat down for robbing them after saving his life, but once he learns Bonnet raped his daughter, there’s going to be hell to pay. 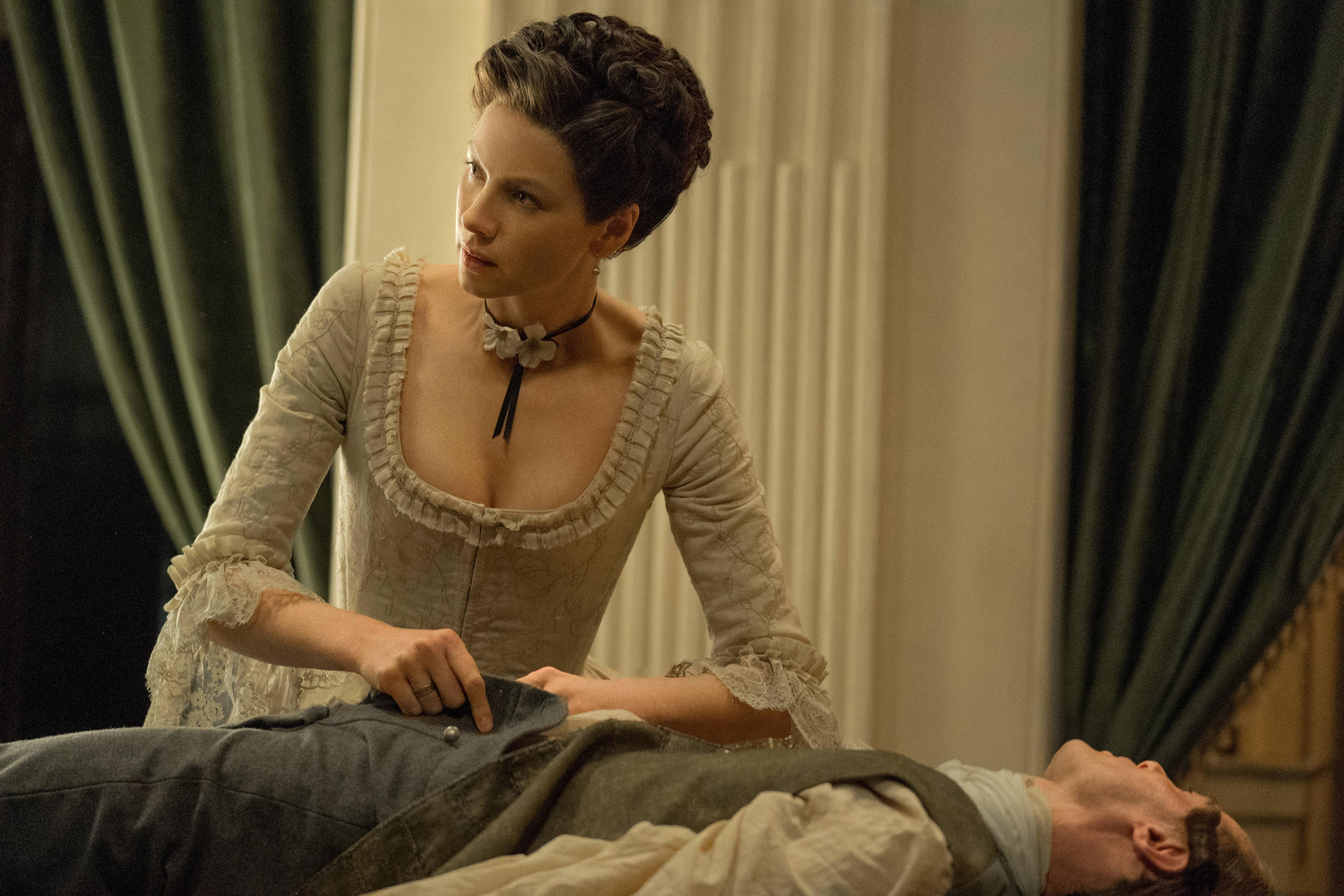 Meanwhile, Claire and Jamie have their own close call when Jamie learns from Governor Tryon that Murtagh’s men have a spy in their midsts, and a trap has been laid for him.  All this takes place during a play put on for the Governor and his guests, and it’s only due to a man with a terrible case of hernia (exacerbated by Jamie) that a commotion takes place allowing Jamie to leave and warn Murtagh, while Claire performs emergency surgery to save the man’s life while a skeptical group of men look on.  She performs brilliantly, doing what the local surgeon (who suggested merely blowing tobacco smoke up the man’s ass to cure him) could never do.  Things are going to come to a head with Jamie, Governor Tryon, and the Regulators, but what side will Jamie be on?