PaleyFest 2015 celebrated the end of a series with the Glee Panel.  Since the show is coming to an end in a few weeks, the panel was heavy on the nostalgia of the last 6 seasons.  So instead of the 10 things we learned about an upcoming season, these are a few things we took away from the panel.

If you haven’t yet, be sure to check out our live coverage from the event and our recap of the panel. Check out all of our PaleyFest coverage here. 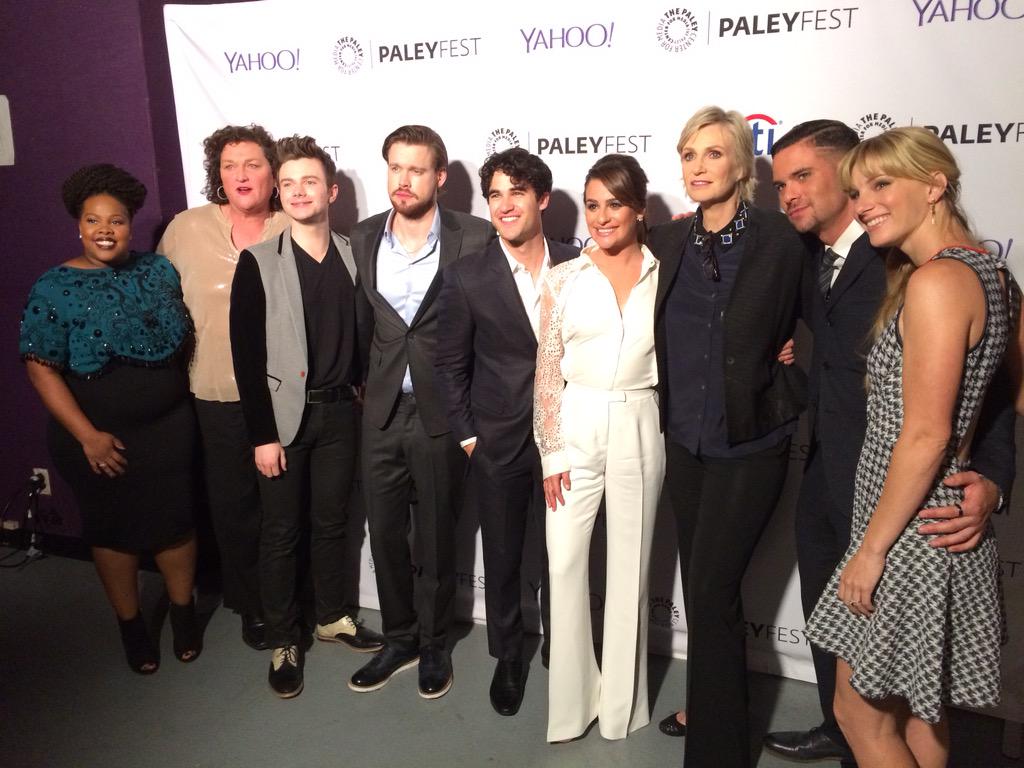 The Cast of Glee (c) The Paley Center

1.  When in doubt, lie.  Mark Salling revealed that during his audition for Noah Puckerman he told the casting director he was 19…when he was actually 26.  It looks like it worked out just fine for him.

3.  The end of the series was, naturally, extremely emotional for the cast. Lea Michele noted: “I cried the whole week.”

4. On the topic of auditions, Darren recalled that he’d auditioned for the role of Finn Hudson in the pilot, but obviously didn’t get the part. Which is probably for the best seeing what the late Cory Monteith brought to the role.  And what Darren eventually brought to Blaine Anderson.

5. The cast basically looted the sets after the show wrapped.  Darren and Chord Overstreet actually took some of the soundproofing foam from the choir room set to use in their own respective home studios.  It’s actually a clever and useful memento to take home.  Props to them.

But first, let us take a #PaleySelfie with the #glee cast! #PaleyFest pic.twitter.com/6mDsifJx6L

6. Lea Michele noted that her favorite performance was “Faithfully” – one of her duets with on-and-off-screen partner Monteith.

7. Amber Riley reminisced about her first days on the show: “I remember being lost.” Given how huge the Paramount backlot it, where Glee filmed, she can be forgiven.

8.  It took an hour for the hair and makeup team to give Darren the horrible Blaine “gel-met” he rocked for 4 seasons.  We offer our deepest condolences to him and his hair.

9. Chris expounded on the impact the series left – especially on young gay viewers.  Whatever else the show leaves behind, that’s one of the bright spots.

10.  This isn’t so much about Glee as it is about panels in general – if you’re called on to ask a question, as a question.  Don’t recount your life’s story to the cast.  This is not the time or place for that.