PaleyFest 2015 is in full swing with an incredible line-up this year of some of our favorite shows. Tonight, the Glee panel will commence at 7:00 PM PST and we’ll be in attendance. As fans of the series, we have a few questions that we’re eager to ask the stars (or anyone who will listen) about the sixth and final season.

AN: Full disclosure – I’ve seen every episode of Glee.  Well, aside from this finale season, because I knew months ahead of the first episode just how bad it was going to get.  The endless spoilers made it pretty clear that what we were in for with the conclusion of the Fox show wasn’t going to be pretty.  More new cast members?  A main character dating his ex-fiance’s former abuser? (Nevermind using the boring, tired, and lazy trope of breaking up the couple again.) Moving the show back to Lima, Ohio after the forward momentum of New York City?  Did any of that appeal to anyone?  Anyone at all? (Bueller?…Bueller?…)

So, in light of not being able to ask about an upcoming season, these are my five more retrospective questions about Glee, now that it’s limping and crawling towards the end.

1.  So what the hell happened? Seriously.

Believe it or not, Glee used to be groundbreaking. Glee used to matter, at least to some people.  Glee also used to pull in pretty big ratings for a musical high school dramedy on Fox.  We’re talking 10 – 12 million viewers.  But then. But then season 3 showed up.  It’s kind of hard to pinpoint where exactly everything went wrong.  Maybe it was having some of the main cast graduate from high school at the end of season 3 while some of the cast mysteriously remained high school juniors. (Not even counting Blaine Anderson, who was a year older than the rest of the kids until suddenly he was a year younger.  That’s some Benjamin Button bullshit right there.)  Or was it that EP/writer/etc. Ryan Murphy found a new toy in American Horror Story and The New Normal and forgot to pay attention to this one? Whatever it was, it happened, and it never recovered. 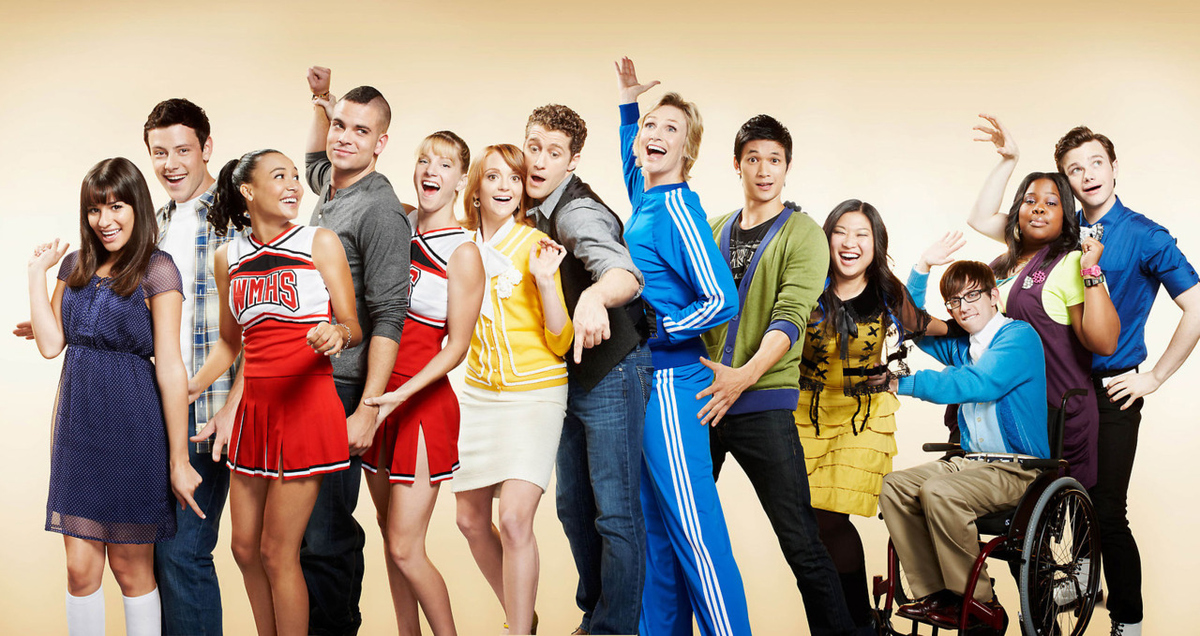 When the announcement came that Glee would get a 13-episode finale season (when really it probably should have just given up the ghost at the end of season 5), a huge expectation was what would happen to fan-favorite couple Kurt and Blaine (aka Klaine).  You think it would be easy.  Committed couple.  Main characters. End of the show.  Let’s bring them the long-awaited happy ended – the wedding.  But that’s not what happened.  What happened was yet another break up, a broken engagement, yet another season spent mostly apart, and no character development at all.  And on top of that the writers saw fit to bring back Karofsky – the jock who physically, sexually, and emotionally abused Kurt throughout the first seasons.  And on top of THAT, the writers, if they can be called writers, felt the need to pair Blaine up with Karofsky. Why?  I have no idea.  No one has any idea. But it happened.  Putting your ship wars aside, Klaine exists as a constant in the series from the middle of season two onwards.  That’s a lot of time for viewers to devote to a couple.  So what was the real point of dragging them through everything that happened up until the wedding?  Seriously.  What was it?  And say what you want about what a show owes, or doesn’t owe, its viewers. We can talk about that all day.  But someone needs to explain to me why Klaine got the shaft. 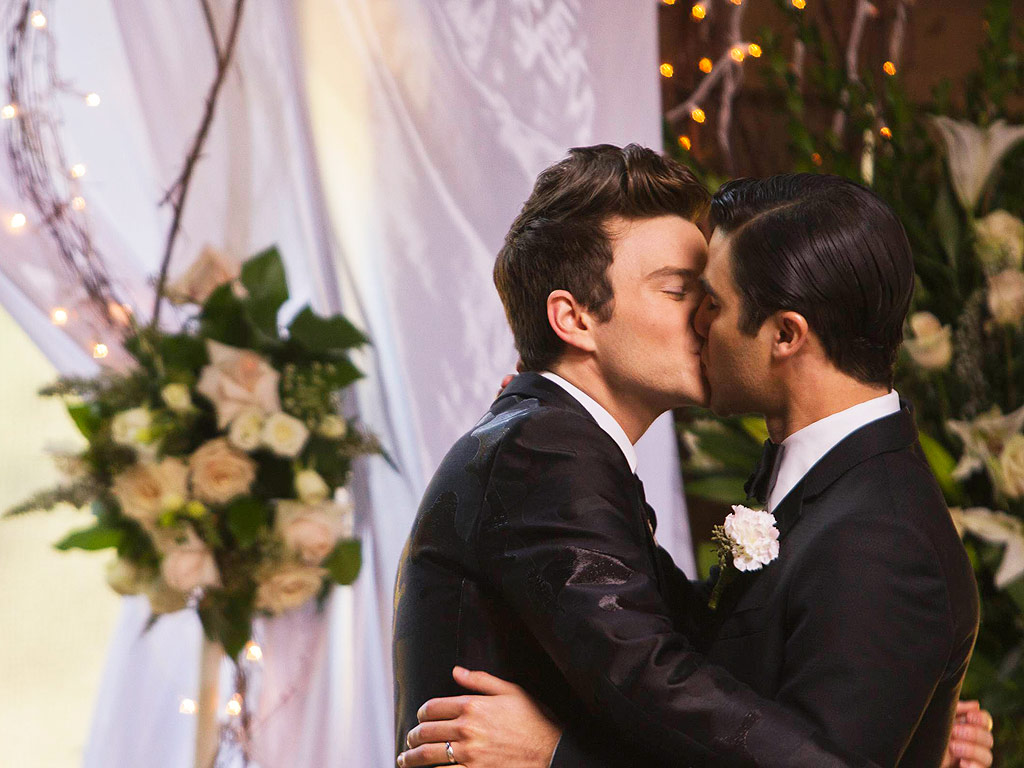 There. Was that so hard?

3. Did we really need the last season to focus on new-new people?

The first batch of newbies were useless enough.  Remember them?  Marley.  Ryder.  Jake.  The other people.  (We can even go back to the kids brought on from the misguided Glee Project who disappeared as well.) Remember that Cheerio Jake knocked up who was then never heard from again?  No?  You don’t?  Well neither did Murphy, who replaced that batch of new cast members with almost a completely NEW set of cast members.  There was even a kid.  An actual child and an entire episode was devoted to this unknown kid’s bat mitzvah.  Because that’s important to the conclusion of the series.  But what really went beyond the pale was the amount of time devoted to these kids over the stories of the original characters.

Who ARE you people? And why are you all wearing so much red?

Glee was originally about rooting for the underdogs, the losers, as if anyone has every made a movie or show where we were supposed to hate the underdogs. (Rudy, Rudy…you suck? Nope.)  But then there was Rachel, the Barbara Streisand wannabe who was never as unattractive as the show liked to pretend.  And over the last 6 seasons, Rachel has morphed from the egotistical, self-centered, but determined girl with a goal to the woman who has had everything handed to her on a gold-star shaped plate.  Not accepted into the one school you applied for? That’s ok, you can just badger the dean of admissions and get in anyway.  Try out for a Broadway show – your favorite show and your life’s goal – against actual seasoned actors and somehow land the part?  Why not.  Spend a month on stage performing your dream role only to decide it’s monotonous and leave the production for a starring role in a TV show about your life that was literally handed to you?  I just…sigh. I’m not saying Glee is a documentary, but all signs point to Glee basically becoming a documentary and that does not a good show make. What are your burning questions about season six or the whole series? Tell us below!