PaleyFest 2015 is in full swing with an incredible line-up this year of some of our favorite shows. Tonight, the Jane The Virgin panel will commence at 4:00 PM PST and we’ll be in attendance. As fans of both series, we have a few questions that we’re eager to have answered. With a whole house of women it’s no surprise that from the get-go Jane has been set on having a girl but, there has been no official confirmation on the gender. Will the writers stick to Jane’s plan or will they throw everyone for a loop by revealing the next addition to the Villanueva household is a boy?

2. Will Raphael and Jane really end up together?

From the very beginning I’ve been on #TeamRaphael and the show gave me no reason to doubt him. But, towards the end of the second season things got a little rocky between the lovebirds showing hints at some turbulent times ahead, especially with Jane turning down the idea of marriage (for now). Plus, it’s undeniable that there is still a connection between Jane and her ex Michael. Telenovelas are full of drama and what would be more dramatic than the two trying to raise a kid while NOT being together.

3. Will Xo and Rogelio end up together? 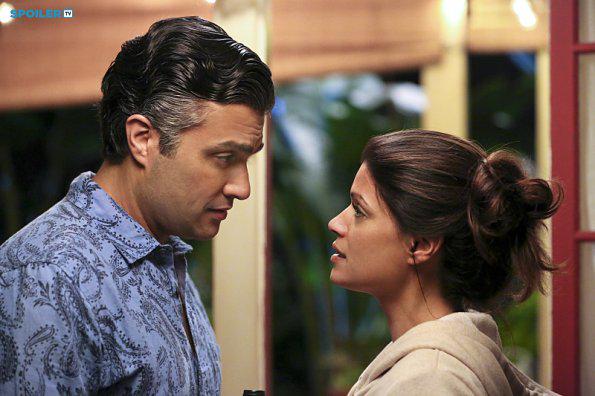 Seeing these two on screen always warms my heart. The two are each other’s teenage dreams and seeing as they’re both endearingly immature, the work really well together. But, after Xo lied about being pregnant and Ro lied about being happy about it- could their immaturity soon get in the way of their happiness.

4. Does Luisa have ulterior motives for joining Rose abroad?

It’s only a little hard to believe that Luisa could forgive her father’s killer and runaway with her. Although, she does have a history of mental illness. The only other possible scenario is that Luisa, having Rose’s trust, has gone off to get her to come back the the states where the police can arrest her. Talk about a plot twist. While this isn’t hinted to during the season, the writer’s room on this show has a knack for taking unforeseen turns in their plot. I think it’s definitely a possibility.

5. What’s on the computer chip?

Having played Petra to get the silver necklace given to her by Roman Zazo, we find out there is more than meets the eye to both Aaron and the necklace. Aaron now has his hands on a computer chip, but it has yet to be revealed what he wants to do with it

What are your burning questions about the series? Tell us below!