PaleyFest 2015 is in full swing with an incredible line-up this year of some of our favorite shows. Tonight, the Outlander panel will commence at 7:00 PM PST and we’ll be in attendance. As fans of the series, we have a few questions that we’re eager to ask the show’s creators and stars about the sixth and final season.

1. Who Was The Stranger Watching Claire? In episode one, we see a kilted man in the street watching Claire. Yet, when Frank approached, he disappeared.  Now, Frank suspects that the man may have had to do something with Claire’s disappearance. Was it Jamie? If so, was he a ghost or did he become a time traveler? Or was it another time traveler entirely? If not Jamie, then who?

2. Will Claire Choose Jamie Or Frank?

Claire has clearly made a new life for herself in 1743. She’s married and deeply in love with Jamie. But, as Frank searches for her in 1946, we can’t help but wonder if she’ll ever return. And if given the choice, who would she choose?

3. Will Claire ever tell Jamie that she is actually from the future? If so will he believe her? 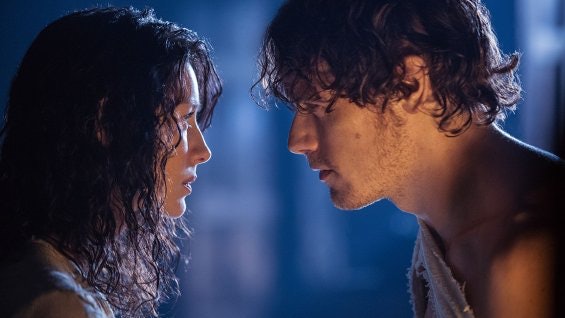 Oh boy. If Claire ever does decide to drop this bomb, how will Jamie take it. Others have been suspicious of Claire’s origins, but what will happen if say, Black Jack Randall discovers her secret? Will Jamie be able to trust her if he finds out?

4. Will Frank discover his ancestor Black Jack was not the person he thought he was?

In 1946, Frank is proud of his heritage and relation to Black Jack Randall, being that he was a respected British officer. Yet, he was clearly unaware that Randall was a cruel, despicable, and ruthless murderer. Will Frank ever find out about Randall’s vile actions against Claire? If so, how will it change him?

5. How Will The Show Differ From The Novels?

Outlander has been pretty spot-on thus far, only lightly straying from Diana Gabaldon’s source material. But, will the series go the way of Game of Thrones and differ as the series goes on?

What are your questions for the second half of season one? Tell us below!

Take a look back at our reviews of Season 4!