PaleyFest 2015 has come to a close with the American Horror Story Panel. Although the panel for the previous season, we got a tease at the upcoming AHS: Hotel, and learned a bit about what to expect. If you haven’t yet, be sure to check out our live coverage from the event and our recap of the panel. Check out all of our PaleyFest coverage here.

1: Matt Bomer Will Star In Season 5

As a surprise during the panel, the White Collar star was called to the stage. It was revealed that he will in fact be the male lead in AHS: Hotel, opposite Lady Gaga. Bomer appeared in season four and was excited at the opportunity to return to the series in a larger role.

2: Jessica Lange Will Not Be Returning

After several minutes of putting off the question of whether she would return or not, Lange finally revealed that she has closed the door on the AHS chapter of her career. She was fond about her experience and approached the question in a respectful manor.

3: Cheyenne Jackson Will Be In Season 5

Moments after Matt Bomer was announced, Jackson took the stage as another surprise guest. The Glee star is very fond of Ryan Murphy and is excited to join the cast of the upcoming season. His role was unspecified. Jackson himself doesn’t know all of the details yet.

4: Evan Peters Is Not Sure Of His Return

The panel got awkward fast when Peters was asked about what role he would play in the upcoming season. He danced around the question by turning to the producer and asking if they know if he’s back for next season yet. He seemed very unsure of his current plans. 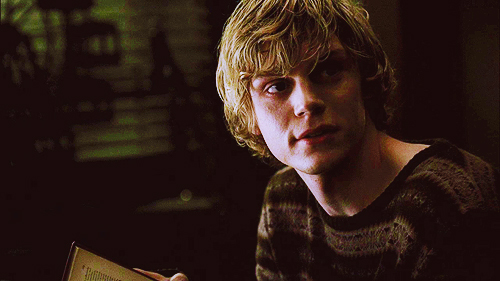 5: Kathy Bate’s Song From AHS: Freak Show Will Be on the Home Video Release

A highly anticipated moment of season four ended up being cut. Kathy Bates filmed a scene of her singing a song by the band Hole, which was fronted by Courtney Love. The panel revealed that the scene will indeed be available to view on the upcoming home video release. They revealed that it was cut to keep the flow of the episode.