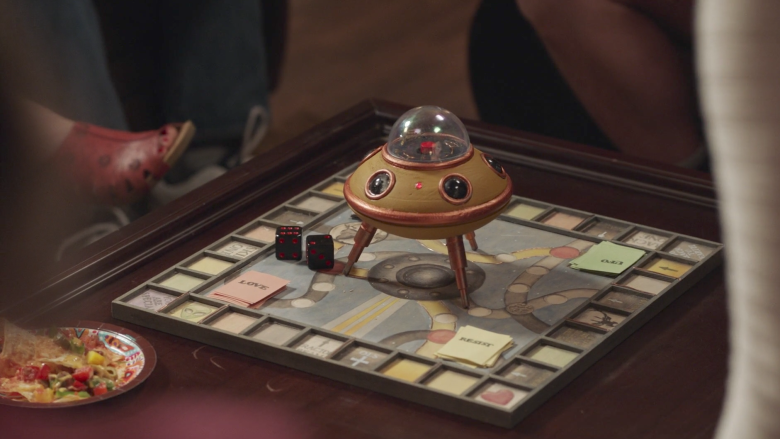 At Yvonne (Da’Vine Joy Randolph)’s house, her boyfriend Gerry (Luka Jones), under hypnosis from Eric the Cube (Peter Serafinowicz) is told to eliminate the entire population of their alien encounters group StarCrossed. Eric, the new supervisor at the alien ship pestering our titular heroes, intones specific instructions that of course are vague to us. “When the fives are two, what do you do?” Eric barks. “Activate,” Gerry responds excitedly. Yvonne enters bringing party supplies. Gerry has to talk her into removing all of her weapons from exhibition. She is especially reticent to part with her battle ax. She also has a ninja star bookmark, a lamp camouflaging a grenade, and a taser packed into a cookie jar.

At game night, Gerry establishes the rules of Experiencers The Game, a game where everyone is a winner, that has of course been created by Eric as a red herring. Chelsea (Tracee Chimo) confides in Margaret that she’s unsure about how her recent boyfriend, the former Father Doug (Oscar Nunez), will handle the news of her pregnancy, since there’s a possibility that the child is her ex-husband’s.

Off an anonymous tip from Don the White a few weeks ago, Alex Foster at long last meets her sister — her identical twin sister Jasmine (also Nasim Pedrad), no less. Alex’s birth name, it turns out, is Crystal. The sister presents Alex with a baby book, and explains (accurately) that Alex was born on an alien spaceship, and their mother has been looking for Alex ever since. 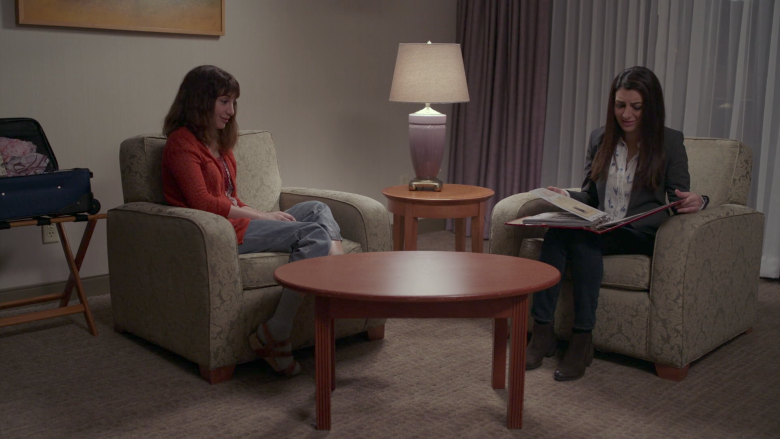 After the mutiny has succeeded and Eric is captured, Eric explains that he has brainwashed Gerry’s mind to destroy StarCrossed when the “fives are two.”

With Eric successfully imprisoned, Jonathan Walsh, sensing trouble, lands on earth, just in time to prevent the pre-programmed Gerry’s attack on StarCrossed. Alex Foster arrests Jonathan Walsh and threatens to return him to the FBI. Her sister accompanies them. 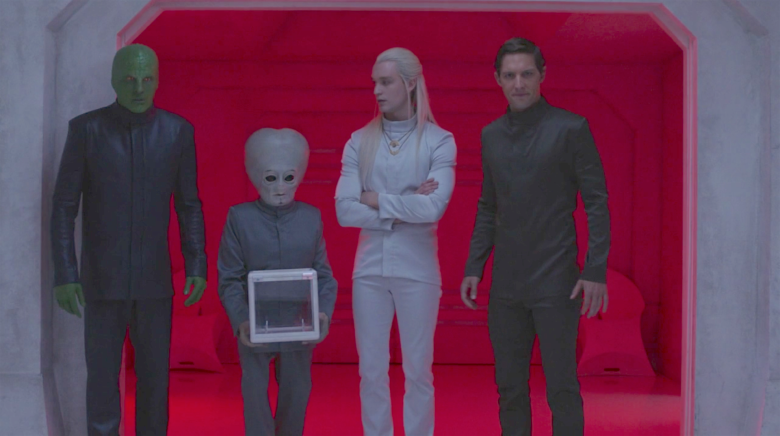 Back on the ship, Eric shrinks himself to trick Don the White into releasing him from his glass containment prison and evades Don, Jeff and Kurt. Eric, now microcosmic, disguises himself as Don by flying up his nose and essentially kidnapping his brain. Eric-as-Don deports Jeff and Kurt from the ship to earth, where Jeff finds himself at the mercy of a small guard dog and Kurt gets run over by a car… again. Eric then kidnaps the entire population of Gerry’s party — every member of StarCrossed is now back on the ship that was the site of their original abduction. 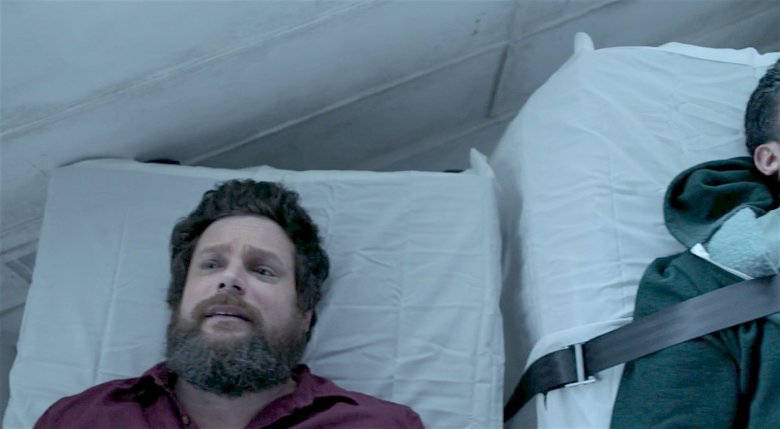 While driving Jonathan Walsh back to the FBI, Walsh pleads with Alex to trust him, insisting that he really is a Reptilian and her superiors have only their worst interests in mind. Alex Foster contacts her boss, Agent Saunders, requesting the whereabouts of Walsh. Her prevaricates, explaining to her that Walsh is “still in a Russian prison.” Walsh’s eyes flash Reptilian yellow. Alex notes to Walsh that the last thing Ozzie Graham (Wyatt Cenac), a civilian StarCrossed casualty of a Reptilian attack against Walsh, told her before he died was to “trust Walsh.” She does, and they return to the party, only to find it wholly deserted.

Well, folks, “Game Night” stands as an all-timer, a terrific melding of the show’s two biggest strengths: its character-based humor and its epic alien mystery narrative. The stakes here are as high as ever, the whole thing moves like gangbusters, it’s funnier than usual, scarier than ever, and, best of all, it boasts a tour de force double performance from Nasim Pedrad. Pedrad, the Saturday Night Live alum most famous for her spot-on Kim Kardashian impersonation, had unfortunately been left floundering in sitcom jail recently when she agreed to star in fellow SNL alum John Mulaney’s horrific Seinfeld knockoff Mulaney. It’s great to see her at full strength once again, with complex, intriguing material that’s actually worthy of her gifts.