It’s a privilege when a show gets a chance to end on its own terms. When they all know that the finale is the finale and they can wrap everything up as they see fit. PERSON OF INTEREST is the first show I’ve watched week-to-week that’s had that opportunity and they did not waste it. I couldn’t imagine a better ending for this series if I tried. It was pretty much pitch perfect. 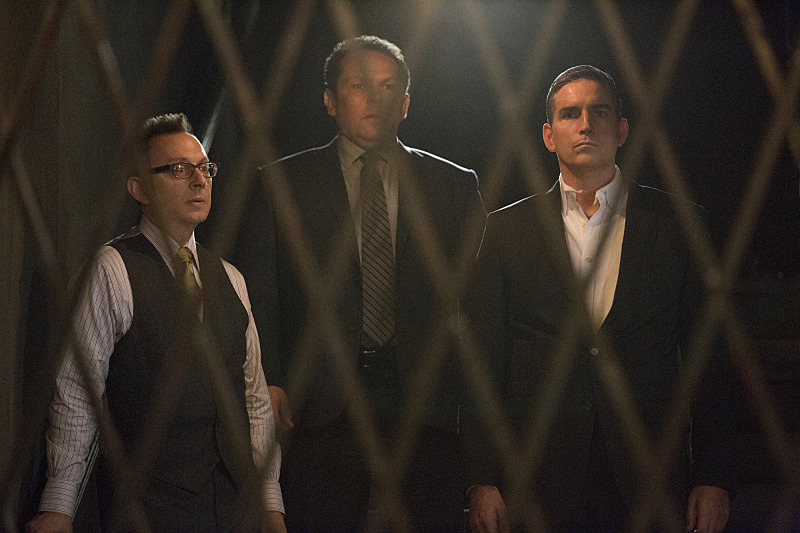 The non-linear structure, astonishingly, is what set up “return 0” to be so effective. Sometimes when things are all jumbled it’s obvious hacky nonsense that’s aiming to be profound. Here, they did it well by creating expectations and then subverting them repeatedly. Additionally, the series always had the Machine as a framing device, but this episode out and out tells the story from her point of view by making it unclear what’s past and what’s present.

Now, this episode started and I was like “yeah, no.” I was really not into it for a long time.  I’ve had my fill of stories blandly telling me what’s going to happen before it happens. In a series finale there’s also weirdly a lack of stakes because, well, it’s the end. They can kill off whoever they want for whatever reason. My television sensibilities were weaned on Whedon bloodbaths and have wearied of them. Right at the beginning, Harold’s all shot, John is held at gunpoint and Harold “knows what happened” to him, Fusco is bloodied, etc. I’m checked out. All manner of high-octane action scenes and elaborate plots aren’t going to take me along for the ride if I’m just waiting for people to die gory deaths.

The episode pulled two tricks to get me back on board: one was stabbing me with Root and Shaw even after Root is dead. The other was first Harold trapping John in the bank vault to protect him and then John pulling a switch on Harold after all. I liked that John didn’t die in some shootout. Then I liked that John did actually die in a shootout but under completely different circumstances. His death wasn’t motivation or collateral damage but a choice. They’re both so self-sacrificing and love each other so much that either allowing the other to die in their place would just be absurd. But the ultimate situation that the show lands on is ideal. Of course Harold would try to make the sacrifice play. He wouldn’t be Harold if he didn’t. But it’s touching, heartbreaking, and heartwarming all at once that John not only gets to save Harold but gets to save the entire world in the process. Of all the characters in the series, he’s the one that was most headed for destruction from the beginning. His death is lovely in that, over the course of the series, he moved from purposelessness to his life and death having meaning. It’s a trick of fiction that deaths have to be meaningful, but this was so narratively satisfying that I can’t even gripe about tropes and media shaping our perceptions of the world etc. etc. John’s compassion was first what broke him and then what allowed him to become whole again. Colluding with the Machine—an AI equally as compassionate—to spare Harold is just perfect. Perfect. I cried buckets, and my heartstrings are incredibly difficult to pluck. Kudos. Logistically and world-building-wise, the plot was also well-done. The Samaritan mooks keep finding the team because they dug up Root and used her cochlear implant to track the others. The air-gapped Samaritan copy is an appropriate mission. The thing uploading itself to a satellite is inevitable but in a satisfying way. Of course our heroes must stare failure in the face. Uploading a copy of the Machine to fight it and then blowing up the earthbound copy is also good, if for no other reason than that the plot understands that digital copies are duplicates. The tech-specs all check out with me, as usual, which means I was free to let the characters rip me to shreds. That’s as it should be. If they gave awards for world-building Person of Interest would deserve the highest honor. I’m notoriously finicky and I haven’t been able to nitpick this series once in its entire run.

And even with all of that glorious, twisty, “take that” storytelling, my favorite part was still that Harold and John started hallucinating a manifestation of Root to be with them in their dramatic world-saving moment. I miss her so much and having her return in physical form, even as a digital ghost, perfectly underscored the ultimate message that the finale chose to land on: if you’ve helped people and if someone remembers you with love then you’re never really gone. The series never chose to delve into what it meant for the Machine to essentially assume Root’s identity. That could have been a season in itself, honestly. But in this conclusion it reached the most satisfying conclusion that that storyline could have come to. You did good, Person of Interest. I’m proud of you. Additionally, I loved that the dramatic monologue that we started this season with wasn’t some weird narration directly addressing the audience but the Machine telling herself the story of her own life. She returns, but with no one in charge of her except her. Who knew there could be such triumph in the resilience and independence of a machine finding identity? 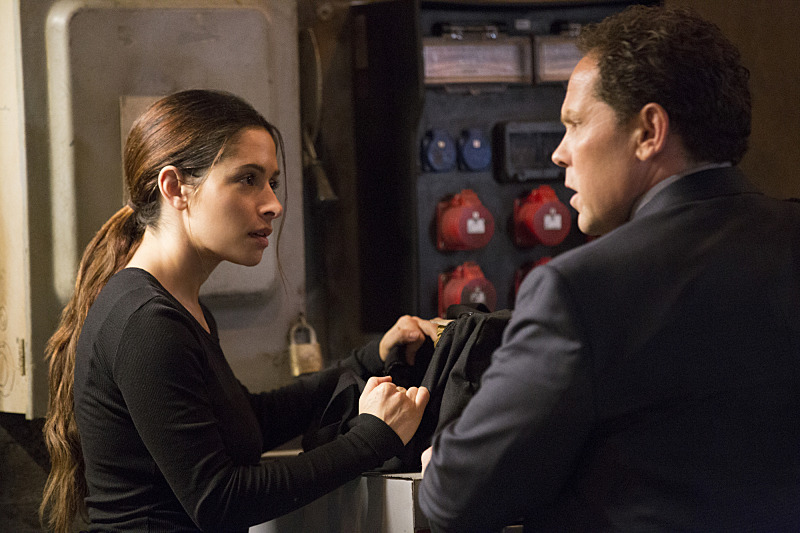 Because this show existed in a space between reality and fantasy, watching it always had the pleasure of making you feel protected. Sure, it wasn’t real. But it could be. There could be some weird programmers out there who like to wax philosophical about technology and make out with their former intelligence officer comrades. If you got into trouble, they could sweep in and make sure you were all right. Person of Interest was like a secret undercurrent of the everyday world. The show could have done a lot of things to make for a really dramatic conclusion. It could have exposed the ASIs and made the whole world aware of what was happening. It could have caused Armageddon or ended the world. The veneer of normalcy would have been easy to upset. Instead, the entire thing remained in the shadows. Harold was never known. John saved humanity and his (unknown) death was put down to Chinese hackers. Fusco is back at work on the police force. But Shaw?

Shaw is still out there. She’s got her Machine, her dog, and the disembodied voice of her dead lover. And if your number’s up? She’ll find you. You’re not alone. And that was always the whole point.