I wish I could tell you how I feel about this episode of PERSON OF INTEREST but I honestly don’t know. On the one hand, I feel like it did all the things it needed to, but on the other I didn’t really feel it. Ultimately, “The Day the World Went Away” conspires to move Harold from his staunch moral positions to a place where he breaks. I suppose it hammers on quite a bit because Harold is so immovable when it comes to the Machine’s programming, but this all felt sort of weird to me. 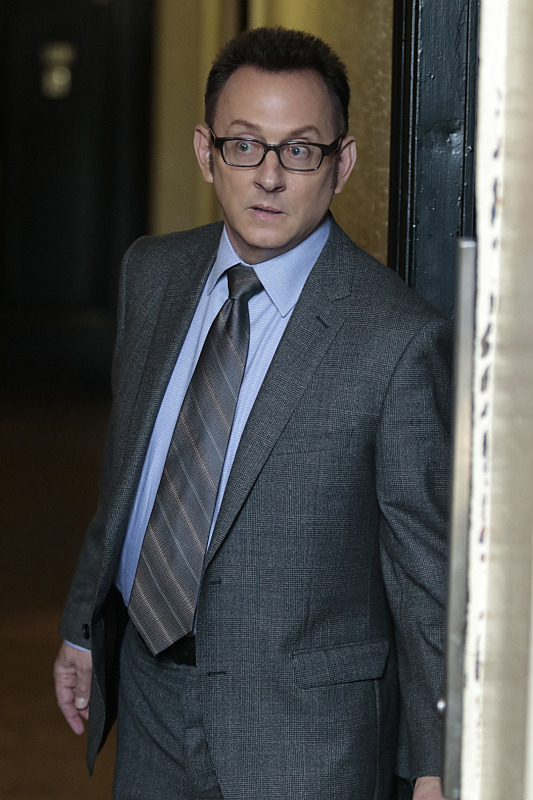 I greatly enjoyed that Harold outed himself to Samaritan by visiting an old haunt. It puts the culpability on his own shoulders. I still think Elias wasn’t necessary, not even in this episode. He takes Harold to a hiding place for about five minutes, is promptly discovered, and then killed in the attempt to save him. Then Harold moves on to Root’s custody, etc. Even as Harold runs the gamut of friends giving him ethics speeches, Elias didn’t have to be here. This is probably my bias against all the mob and cop storylines shining through, but he felt like a plot tumor the entire season. It was nice to see John and Fusco allied again, and Root and Shaw had some great personal moments. I still want them to smoosh face, please. Yes, still. Nothing like a digital mind screw to enhance an already weird relationship. Additionally, since I’m actually a digital archivist, I really loved the FBI agent being displeased that all of Harold’s digital files disappeared into the aether. However, I don’t think the FBI would have a records retention policy like that for exactly that reason. At any rate, Harold’s speech when he crosses his own moral event horizon was what finally got me to invest. It’s just so fierce, and the delivery to Samaritan was vicious. But that was the end of the episode. I wasn’t feeling it until all the way at the end. Hm.

I love sci-fi philosophizing more than anything, but this belabored the point a bit. I also love Root to a pretty hefty degree, but somehow her soliloquies didn’t hit it for me. It’s like, in theory what she was saying was always pretty cool, but she never quite brought it around. For example, Root uses a firefight with Samaritan operatives to hit on Shaw with quantum physics and information theory. When I think about that, the idea of it is more delightful than the actual execution. The same goes for her explanation of all of their dead compadres still living on in the Machine because the Machine knows them so well she could simulate them. In theory, yes? But her argument didn’t quite get there for me somehow. Am I being a picky pedant who’s had five hours of sleep in the past two days? Yup. I like what they tried to do but eh. 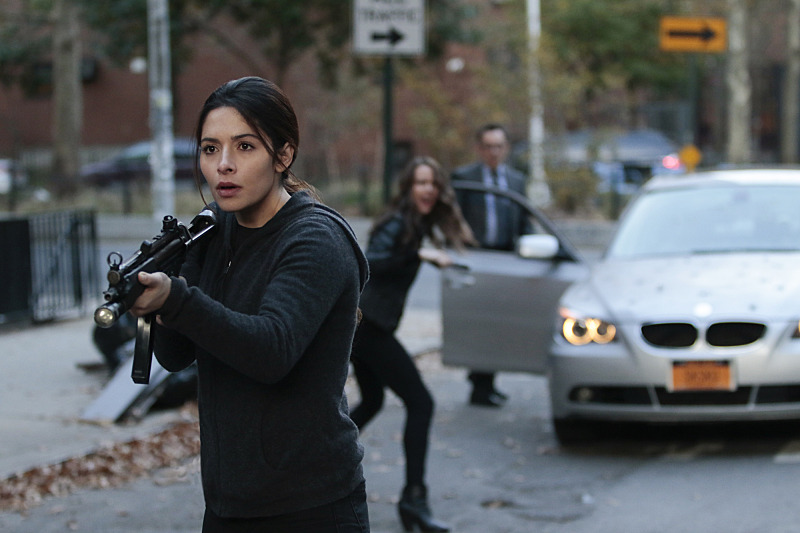 Now, all of that said, the Machine picked Root’s voice to use even as Root herself is dead. To be honest, I kind of want her to choose Root’s name for herself too. After all that talk of people living on in the Machine, I am possibly overly hopeful they’re about to go full AI consciousness afterlife up in here. You wanna see a grown woman cry, come find me if Root and Shaw get weird technology and theories of selfhood thrown into the mix of their relationship. There’s an episode of Star Trek: The Next Generation where Data discusses missing a fallen comrade because she’s no longer present to fire the neural pathways associated with her in his mind. That’s how he expresses the idea of grief—as neglected neural pathways. And there’s a William Gibson-penned episode of The X-Files where a woman uploads herself into the internet to be with her lover. Is a technological copy of her still her or does it simply believe itself to be her? Does she die with her body? Is it ethically wrong to treat a technological copy of a consciousness as if it were that (now dead) person themselves? Please, please tell me Person of Interest is gonna go there and ask all those things. If they do I won’t have any complaints about this episode at all. If they don’t I can feel the fan fic rising up inside of me.

Also this was Person of Interest‘s 100th episode. Congrats, weird hybrid little show. Logistics-wise, CBS is airing the last three episodes over the next three Tuesdays, so no more of this two or three episodes per week nonsense. And I’d just gotten to the point where I was used to it. Ugh. Also also there are only three episodes of this whole series left! Usually I’d be sad about that sort of thing, but I’m eager to see what resolutions they cook up for all of this. Hopefully it does it all justice.