The world of Philip K. Dick’s Electric Dreams got a little more strange, dark, and baffling with it’s fourth, fifth, and sixth episodes of its ten stand-alone episode first season on Amazon. We saw Anna Paquin, Terrance Howard, and Steve Buscemi among others, added to the cast of recognizable faces. The episodes, entitled “Real Life,” “K.A.O,” and “Crazy Diamond” respectively, raise many questions about the nature of reality, morality of artificial intelligence, and the dangers of big government. However intriguing these questions are, they are not ones that haven’t already been raised by a number of other contemporary science fiction movies and television shows, most notably by analogous anthology series Black Mirror airing on Netflix. In the end, the two shows are attempting to do very similar things, but Black Mirror is typically less fantastical, grounded in a more immediately recognizable reality, and usually centers on technology that is just BARELY science fiction. And in the end, with all else equal, that’s what makes that show more captivating than this one.

Straight out of the gate with a title like “Real Life” you should know that this episode would the viewer guessing what is real and what is not. The episode mostly works, outside of a couple moments that had me scratching my head, and not in the way the creators intended. In a technologically advanced future, we first meet police officer Sarah (Anna Paquin) zoning out at a diner next to her partner Mario. They and their entire Chicago police station have recently endured some sort of tragedy in which many of their colleagues died, and it is all due to one man: a man named Colin, responsible for the massacre. This has stressed Sarah out to no end, and so her wife recommends she take a “vacation.” It’s a device that allows her to essentially escape her life by being a completely different person her subconscious mind forms for her. 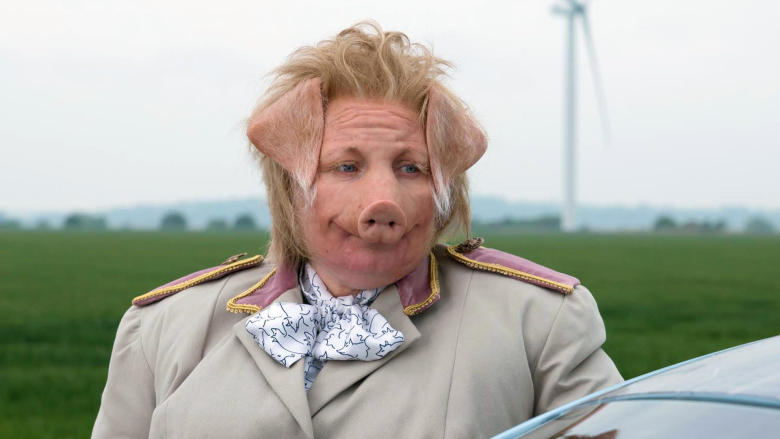 This turns out to be George, a man living in a time period more close to our own present day. He apparently also recently went through some trauma, as he lost his wife in a violent incident that ended up going viral on the internet. George is also the creator and owner of Avacom Data Systems, a company worth 3.4 billion dollars, that has an early proto-type for a virtual reality experience that can send its users on “vacations.” Soon we’re guessing which one, Sarah or George, is the real person. I have to admit it had me guessing up until the end, and both performances were spot on. However, the whole crime element with Colin in both realities seemed shoehorned in to up the stakes, but if the emotional stakes are already present, we don’t need shoot outs and fisticuffs in every story.

“K.A.O.” may be my favorite of the bunch. Its star, Mel Rodriguez (The Last Man on Earth, Getting On) plays Philbert Noyce, an everyman in a future world where North America has joined into one mega-country called Mexuscan (see what they did there?). He is one of three workers in a large factory that are only not replaced by automation because the company is legally required to keep a minimum number of jobs for humans. Mexuscan is on the eve of a huge election, though there is only one party and one candidate, only referred to as “The Candidate” and played by Vera Farmiga.

When Philbert is watching an interview with The Candidate on TV and hears her passingly mention that one of the things she thinks is necessary for Mexuscan to prosper is to “kill all others” he freaks out. What’s scarier is he seems to be the only one that caught it. It takes a long while for anybody to even acknowledge it besides him. But who is The Candidate referring to when she refers to the “others” that must be killed? And why must they be killed? And what part does Philbert play in all this? This is another episode that, as noted in previous reviews, did not quite nail the ending for me, but the ride was fun and Rodriguez was a character I connected with more than any in this series. I hope to see him in more dramatic roles after this. 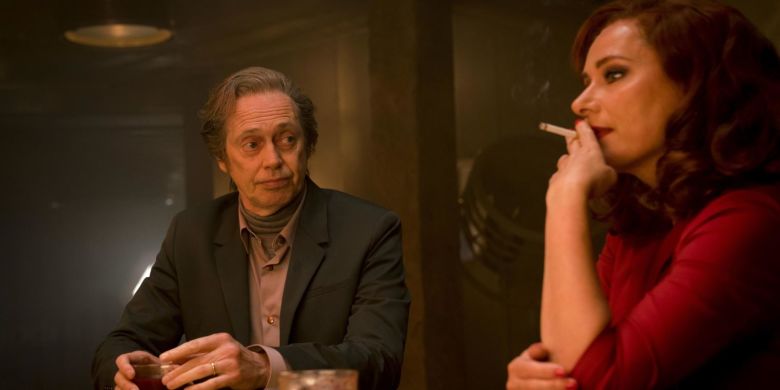 Finally, “Crazy Diamond” starred Steve Buscemi, who is just always a pleasure to watch. Visually the most quirky and stimulating (he lives in a metal pod-house on the edge of some bluffs overlooking a choppy sea, there are human-pig hybrids for some reason) the story just did not hold my attention. It centers around a company that creates “quantum consciousnesses” then injects them into biological bodies and calls them “Jacks” or “Jills” depending on the sex. People’s lives are heavily regulated, but the seas are rising and produce is rotting extremely quickly somehow. Buscemi’s character Ed (second main character to be named Ed in the series, by the way) dreams of escaping to a better, more free life. When he meets a Jill he takes a particular liking to, he sees the opportunity to do so. But it doesn’t all go as planned.

Again, performances, directing, world-building are all solid here. It just… didn’t have much of a hook for me. The question of “should artificial intelligence be given the same rights as humans” is nothing new and has been done better elsewhere. If this is something you never get tired of, you will find more enjoyment in this than I have.