In the final four installments of Philip K. Dick’s Electric Dreams, we viewers are treated to a science fiction smorgasbord that includes telepaths helping to fight crime, possible alien possessions, artificial intelligence taking over the world, and futuristic authoritarian governments controlling the populace with invasive technology. As with the previous six episodes, most of this is ground that has been covered, and covered well, even as recently as released-just-this-month fourth season of Black Mirror. I’ve already covered why I think reviews of Dreams are remiss to not mention Black Mirror, the superior of the two, so I won’t harp on it here. Let’s dive in!

“The Hood Maker,” the sixth episode of the series, brings us the series’ most atmospheric episode yet. Set in a world without advanced technology (the tech they do have seems to date from around the 1930’s or 40’s, and their fashion seems to confirm this), the government has just passed a bill allowing telepaths, who are considerably lower on the social status than normals, to read the minds of those involved in crimes. Agent Ross, played by Richard Madden (you’ll know him as Rob Stark from Game of Thrones) is paired with telepath Honor (Holliday Grainger). They have an instant connection and attraction, and they grow close as they track down The Hood Maker, a person making hoods that can block telepaths from listening in on your thoughts. At its heart it’s a love story, but things are left dangling in the end that, for me, made the entire hour unworthy. It’s unfortunately typical of this series to have an episode lose all it had going for it in its final moments, often left a little too ambiguous for my taste. 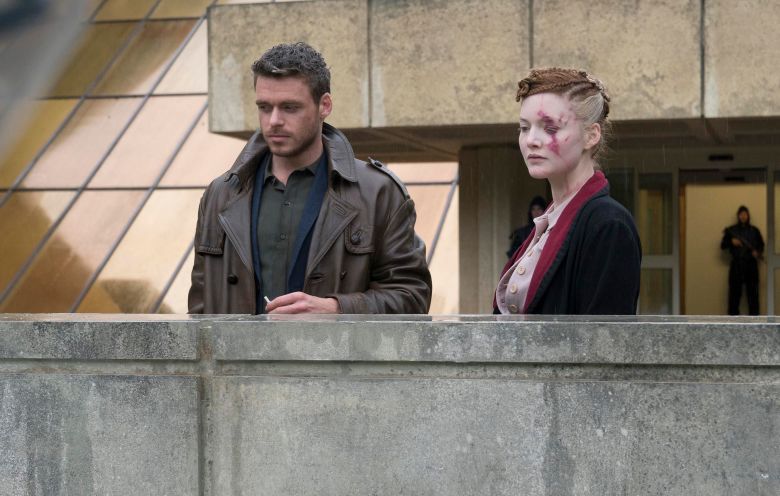 Which is why I am happy to say that the final three episodes had solid endings all around. The seventh episode, “Safe and Sound,” has quite a good ending; if anything it errs on the other end of the spectrum in telling and showing us too much. The episode focuses on mother and daughter duo, Irene Lee (Maura Tierney) and Foster Lee (Annalise Basso) respectively. They live in an America that is split into two countries in the east and west. Irene and Foster hail from the west, in colonies they refer to as “bubbles,” where the folks are much more free than those in the east. As a sort of ambassador, Irene moves she and her daughter to the east, where she believes they manufacture fake news about western terrorist attacks constantly. Foster is a teenager and has to enroll in school, and is immediately influenced by all she hears and sees there. Soon she’s set on a path that has her possibly becoming one of those western terrorists her mother doesn’t believe in, even questioning her sanity at times. This episode is the most original of the series and had me fooled several times. I won’t give it away, but by the time they reveal what is really happening I felt like they took me on a solid ride, which is more than I can say for other episodes.

The eighth, entitled “Human Is” stars one of my personal favorite TV actors of all time: Bryan Cranston. In the year 2520, Earth, now called Terra (because, why not?), has less than five months of air reserves and must steal hydra from other inhabitable planets. Cranston plays Silas, an honored military commander, who has a cold and volatile relationship with his wife, Vera (Essie Davis). When he is sent off to the planet Rexar 4 to battle the Rexarians and take their hydra, the mission is botched and many men die before they can get on the escape ship. Silas, however, survives, and that is when things get a little fishy. He’s suddenly kind and earnest with Vera, like she hasn’t felt in a long while. Cranston and Davis play the couple wonderfully, and the installment ends up being an effective love story that worked much better than “The Hood Maker” for me. 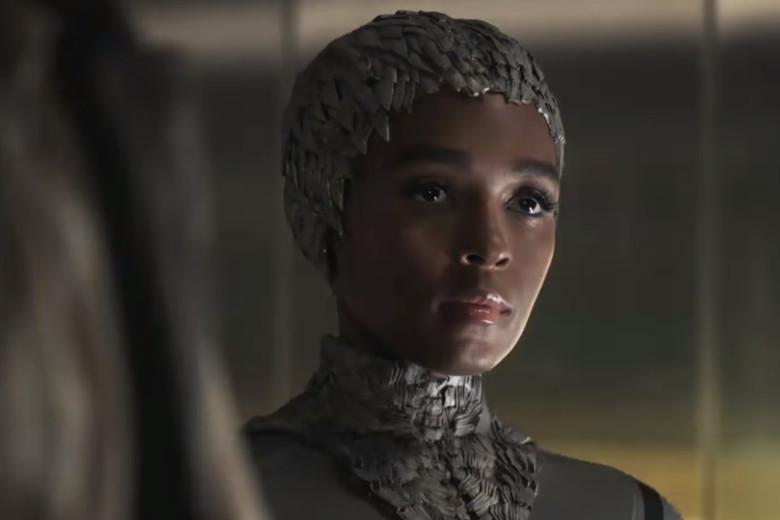 In the series finale, entitled “Autofac,” we get the episode with the most twists in the end yet, and they work effectively. It opens with a woman, Emily (Juno Temple) witness the nuking of an American city (presumably from Russia, as the radio says). We are then brought an indeterminate about of time in the future, where, you guessed it, the human survivors of the nuclear holocaust are scrounging outside the radioactive city and barely surviving. What’s worse is that gigantic automated factories still churn out useless products they deliver by drone to the survivors all while using vital resources and polluting the small allotment of land they can survive on. Emily and her band of survivors plan to destroy the Autofac once and for all, but when they get there they have more than a few surprises in store for the viewer. Though at times it felt to me like some original movie off the Sci-Fi Channel (yes, even before it became SyFy in 2009), it was a solid hour of television I enjoyed.

In the end, I was encouraged by the later episodes in the season where they truly seemed to find some original ground to play in. Philip K. Dick has an enormous library of material to draw from and they likely have some gems to bring out if they plan to do a second season. If they do I hope they are able to make it distinct. We are after all living in a reality where they are not the only mind-bending sci-fi show in town.