Maybe the shine is off of PITCH for me, but “The Break” was mediocre. The disparate storylines didn’t gel into a cohesive narrative and, for being about the All-Star Game, this felt weirdly like filler. Also, this is the fourth episode of the television season and this show is already halfway through the baseball season. Judging by how many starts they’ve said Ginny has had she’s been up at least a month or two. So what on earth kind of narrative do they have for the rest of this show? My goodness. You’re moving too fast for me, Pitch. When I signed up for this I thought I was signing up for some baseball. Now I’m curious what’s actually going to happen. Yes the All-Star jerseys this year were actually that ugly

My favorite thing about this episode was that it was back to that cool “this is totally reality” trick of intercutting fake Fox Sports footage with the narrative and having actual broadcasters commentate. I’m not sure if they got some real baseball players on board for the All-Star gameplay scenes or if they just used the footage that Fox likely already owns. I’d honestly love to see the legal flowchart for this show. How many intellectual property lawyers do you think they have on staff? What made me happiest was the 100% correct chatter about Addison Russell and Corey Seager during Lawson’s rehearsal run as a commentator (made all the more fun by the fact that as this episode aired, the in-real-life Dodgers beat the Nationals to advance to the in-real-life NLCS and face the Cubs.) Even while the rest of this episode was kind of “blah” for me, Lawson remains my favorite part of the show. I enjoy characters who are stoic about their own travails in an effort to appear strong, but who have an obvious soft spot under their prickly sarcastic exterior. TV Tropes calls that the “Jerk With a Heart of Gold.” Lawson is a textbook example. I also like that they’re portraying the realistic physical issues that an aging catcher would have. It gives him an obvious obstacle to battle in parallel with Ginny’s fighting for legitimacy. I’m also not too sure how I feel about Ginny getting put on the All-Star team because of a viral social media campaign. There are actual social media campaigns for fans to actually vote to get players on the team. That seems like it would have been a better way to go about it. And now, for my personal problems! Ginny’s parents are both a bit crazy, but I do appreciate that they aren’t trying to give them sympathetic reasons for treating her and her brother terribly. I am keenly sensitive to stories about emotionally abusive parents and I can’t quite tell what they’re doing with this one. Her dad was a nutcase which I think they’ve expressed well enough—especially the way Ginny is loyal to his memory and trying to live up to his impossible expectations. It’s bad enough living with that kind of pressure your whole life, but once her dad died there was no way for her to ever gain that approval. It’s the story with her mother that’s throwing me a bit. I like that they made it clear that Ginny’s mom was cheating on her father because her dad was an emotionally absent narcissistic jerk. And I like that there wasn’t any saccharine and instantaneous resolution between Ginny and her mom. But I don’t know. I’ll have to think about this one, and wait and see.

Another of the storylines here was Blip (Ginny’s outfielder friend) getting whacked back and forth between elation and despair that he did and didn’t make the All-Star team. I like him but we mostly know him as Ginny’s friend and they haven’t really expressed how or why he would make the All-Star team. What’s the good at? Offense? Defense? Anybody? I really love his wife Evelyn. She doesn’t resent her husband for his career and she fully supports him but she also doesn’t let him steamroll over her. I liked that this episode let her have a moment of disappointment that she wouldn’t get the family vacation that she wanted. 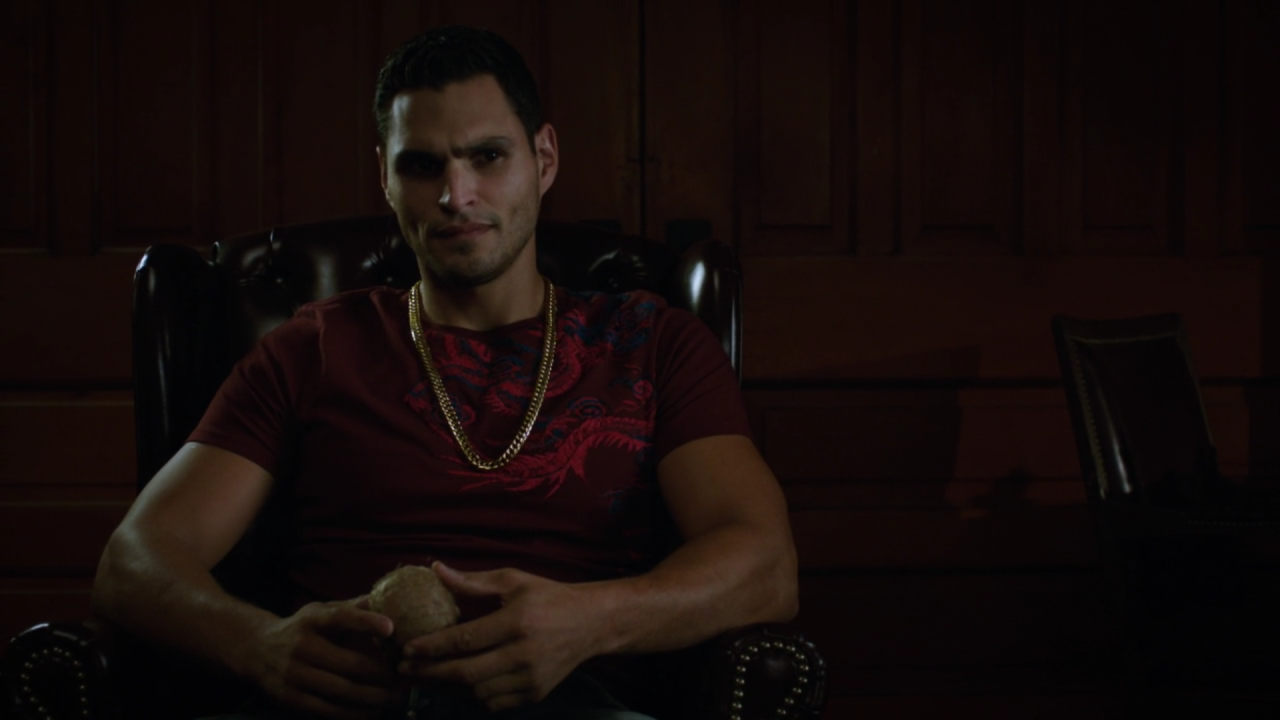 You must be for later.

The whole thread with the Padres’ GM Oscar and the Cuban catcher gave interesting insight into Oscar and obviously is intended to set up conflict later when the guy comes for Mike Lawson’s spot but it didn’t go very well with the other storylines this episode was playing with. In fact, none of these stories went together they just all happened to involve the All-Star Game in some way. That’s fine. That’s life. But after the first two episodes of this show which were almost unreal they were so good they definitely spoiled me for tightly interwoven plots and the sort of obstacle-perseverance-triumph narrative you get in sports movies. In a TV show there need not always be a triumph or that would get boring and hard to believe, but here there wasn’t even an obstacle. There was just an occurrence.

This was fine. It was an enjoyable way to pass an hour on a Thursday evening. But it wasn’t all that special.