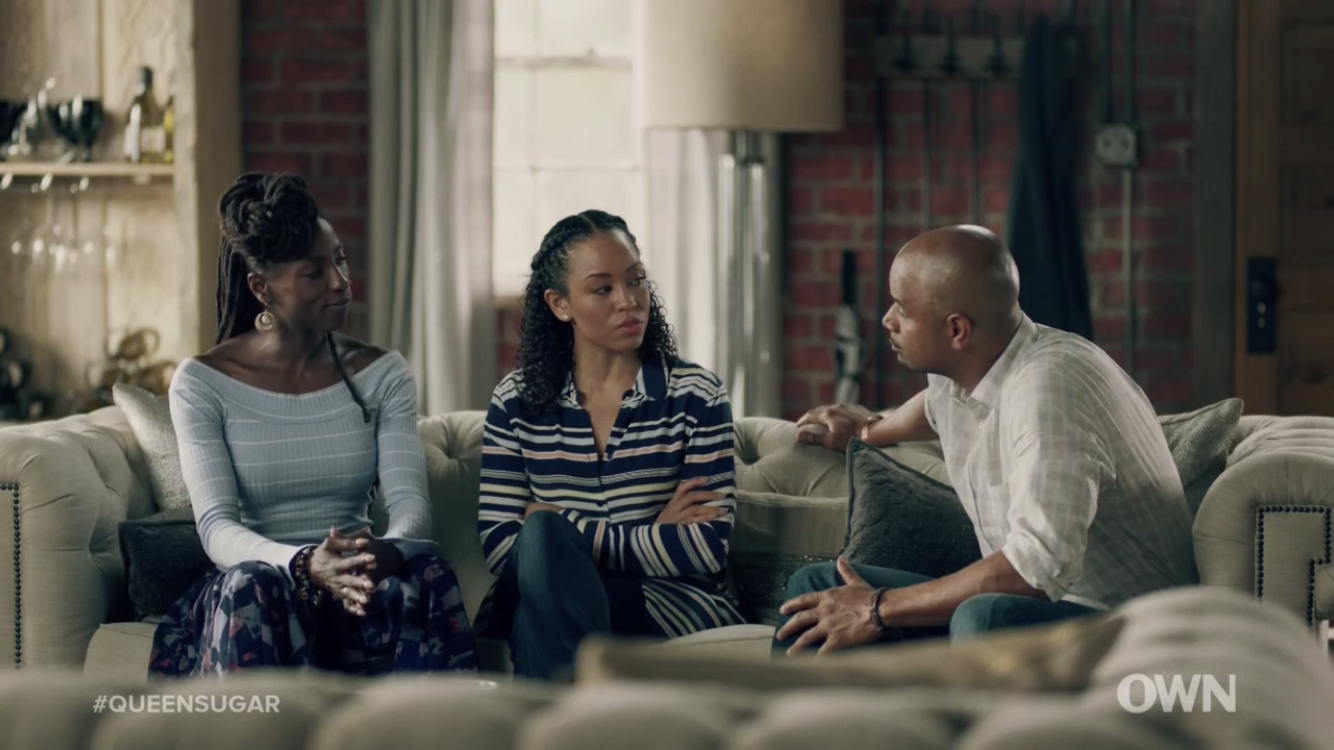 Wednesday’s episode of “Queen Sugar” introduced me to Nova’s nickname for “Ralph Angel”; she calls him Ra.

Ra is the Egyptian sun god in which all forms of life were created.  She calls him this after he tells her and the rest of the family that Blue “is not” his son.  In this moment, Nova feels his pain, but she also lifts him up by subtly reminding him that he is a god.  And nothing is wrong with that, especially in this trial of life.

Ra cries more tears, and the family does, too.  None of them saw this news coming.  As I’ve stated before, Blue is inherently good, and Aunt Vi says that by Ra having something so good come from his loins, everything in his past was remedied.  And now that it seems as though Blue isn’t his child, what is Ra?  I hope he comes to understand that he, too, is good and that no one becomes good by having something good. 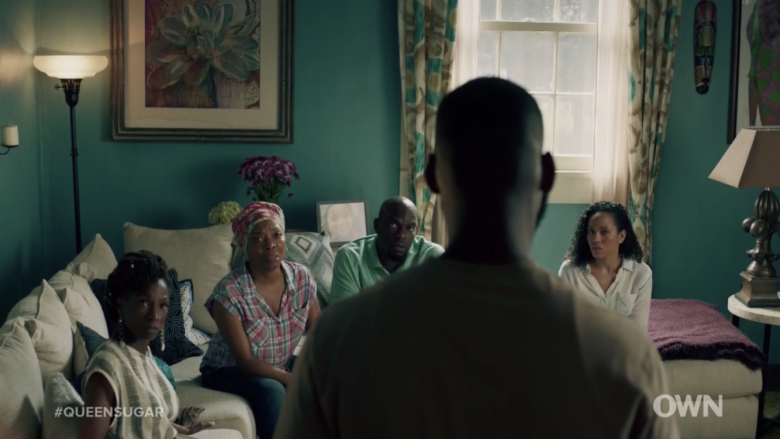 I feel honored to be able to see Ra, a Black male character, be all up in his feelings.  It is so important to feel those feelings so that healing can do its thing.  Having such a supportive family encourages that process, and it allows the process to occur faster.

As for Darla – the woman who shall not be named – I understand more and more why she fell out with her parents.  I am happy that she told Ra this news before they got hitched, but she acts like Ra’s family will not be upset or hurt by this news.  She is surprised when Charley fires her.  Huh?  Woman, you just revealed this big secret that not only affects Ra, but it affects the whole family.

Darla’s level of naivete this episode really irked me.  She saw how awesome Ra’s family was, but I’m not quite sure she understood how loving they are.  They are a real family.  Their bonds are strong.  They fight together.  They love together.  They hurt together.  So, her shock at Charley’s firing was odd.  She may be lacking the emotional intelligence to deal with this, and that is a problem. Although she is getting on my nerves at the moment, I hope she doesn’t relapse.  She mentions that she will be staying with her sponsor for a while, which is smart and responsible.

One thing I am confused about is the language surrounding Blue.  Er, I thought Darla said that Blue might not be his son.  But Ra said he definitely isn’t?  Not sure if there is room for Blue to actually be his son via a DNA test, but I’m not convinced that Blue definitely isn’t.  We will have to wait and see whether Blue is his after all.

More murky waters exist in Charley’s world.  As the only Black mill owner in Louisiana, the Landry’s are dead-set on destroying her business.  Charley says that she miscalculated their greed.  Uh – duh.  These people are ruthless, and it’s disgusting. 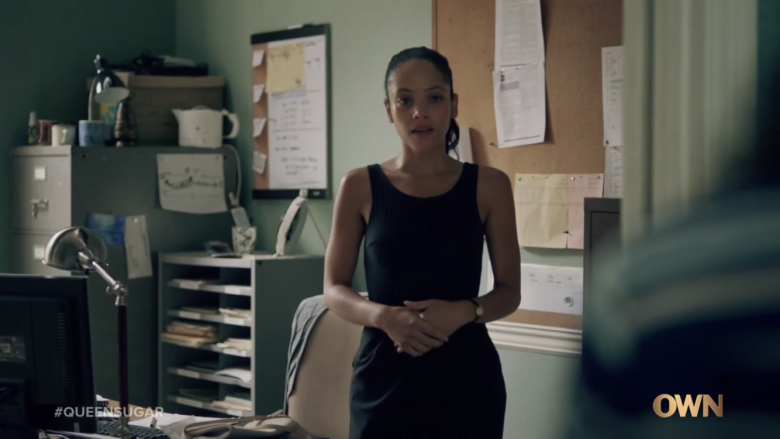 A rumor is spreading that the mill has so many problems that it can’t service its farmers.  One farmer has opted out of working with her, and more will follow if she doesn’t clear up those rumors.  She agrees to be interviewed for a piece in the paper, and the story will really be about how the Landry family, a White family, is targeting Queen Sugar because it is a black-owned mill.

It is the truth, and I hope that people will receive it as such when it is printed.  Nova has made a career off exposing racial disparities in that state, so having her support in this piece will be important for Charley.

Off Charley and on to Aunt Vi.  She was about to let everyone know about her lupus, but Ra’s news happened.  So, she won’t.  Not yet anyway.

But Nova, being the investigative reporter that she is, found out about it.  She lovingly tells her that she is there to support her.  She rests on her bosom and sheds tears.  She doesn’t allow Aunt Vi to see, but she has to release that because, not only is so much going on, but this is her Aunt Vi, her last living mother-figure. Tears are required.

Aunt Vi is lucky to not only have her family, but she has Hollywood, a loving, supportive, and transparent man.  I don’t think they are married (unless I missed something), and guess what? I don’t care. If they aren’t married, I would assume it’s because Aunt Vi doesn’t want to be.  That man loves the crap out of her, and in all good ways, he is obsessed with her.

“Queen Sugar” is a mess right now, but the family is there to pick up everyone’s pieces.  Who wouldn’t need some Bordelon’s in their lives right now?