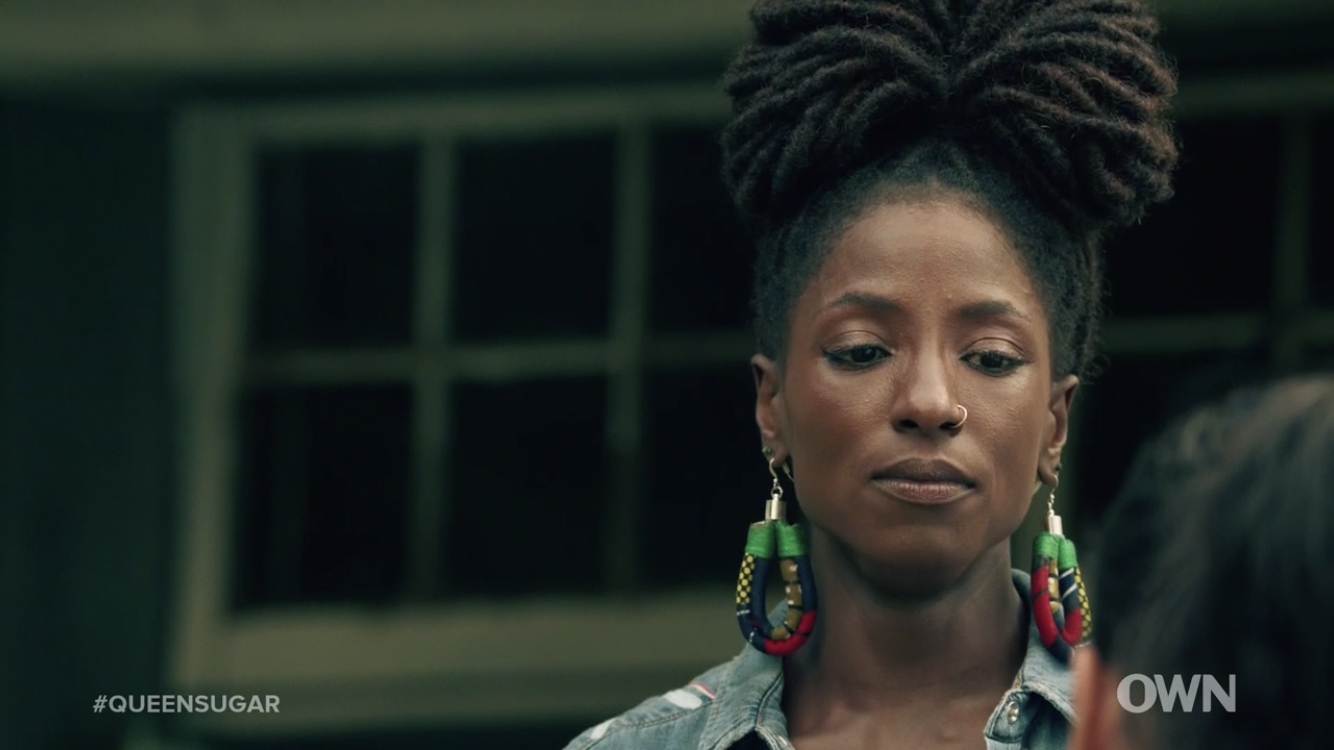 Queen Sugar destroyed us when it was revealed that Blue may not be Ralph Angel’s son.  I am still holding out that Blue is his because we just don’t know.  Darla had sex with a few guys, including Ra, that still makes it possible for him to be the biological father (fingers crossed).  But as of now, Ra is sticking with a finite “no” because he just doesn’t know.

I think that’s a fair defense mechanism.  It’s already hard enough having the question of paternity lingering over you, and it’s regarding a child you have raised for 7 years.  If Ra chooses to believe he is the father, then hearing an absolute no would send him to an early grave.  So, I get it.

And with new eyes on who Blue is to him biologically, he states that Blue’s “blood runs through [his]veins even though [his]does not run through [Blue’s].”  This is how much of an impact Blue has had on Ra’s life.  And now, he sees Blue as he truly is – a spirit that has blessed him in various ways. 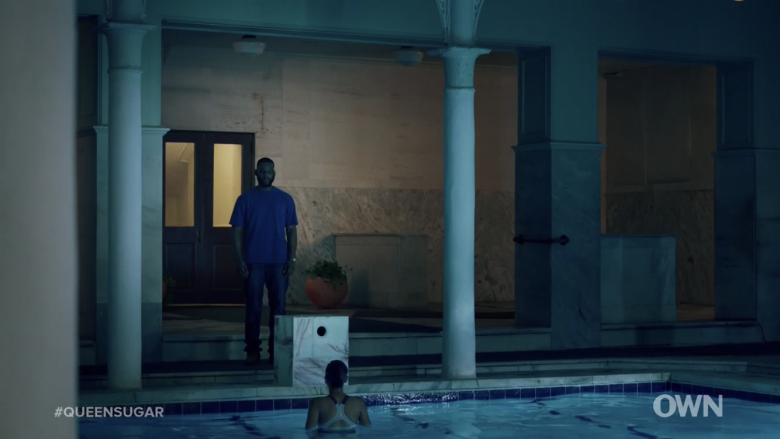 I’ve heard some parents say that their children are raising them most of the time.  That is what Blue has done for Ra.  And if Blue is the wiser spirit (in some ways), then their relationship changes.  And Ra restarts his relationship with Blue by telling him the story of how he got his name.

This color encompasses them both as Ra tells the story.  It is a warm and cool feeling simultaneously.  Blue is wearing a blue-inspired shirt, and Ra is wearing an all blue one.  It is in this moment that we see the real genesis of their relationship.  Even if Ra turns out to be Blue’s father, he is able to see Blue in his truest form.  And that is something that not all parents are able to see because the myth that they will always be their little boy or little girl seems to have too strong of a hold on them. 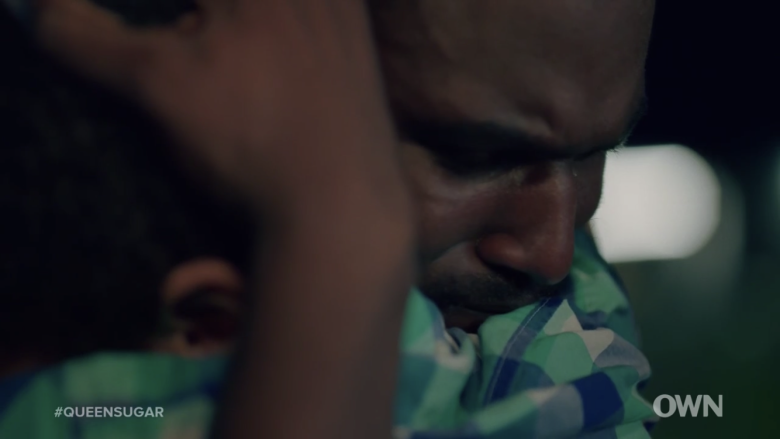 One relationship that I didn’t see coming to an end is the one between Remy and Charley.  Remy declares that he doesn’t trust her.  Charley is shaken.  He says this after she reveals her Godfather-inspired plan to destroy the Landry’s by getting into (figurative) bed with them.  Charley explains that they will never stop trying to destroy her business.  And if she doesn’t change her strategy, then they will succeed.

Remy isn’t down with it at all, and with his reputation on the line, he chooses to step away from partnering with Charley in both business and in life.

While Remy’s emotions are valid, I think it is extremely unattractive of him to just retreat when things get really, really tough for Charley.  There are no clear rights or wrongs here.  This woman is running a business where Black farmers and mill owners are bullied non-stop.  So, changing her approach makes sense to me, but since it doesn’t to Remy, he should at least stick in there.  He declares that he doesn’t know who she is and that this will be a more dangerous fight than she can imagine.

Then, MAN, help her fight.  Support her in the fight.  Running away should not be the first thing you do.  And running seemed to be very comfortable for him, which makes me question whether he believed her strength only when it looked similar to his.

If the latter is the case, then I want Charley to do her Godfather thang, and I want Remy to witness it all in awe.  And hopefully, they can reconcile by him first recognizing his wrong and evolving from that. 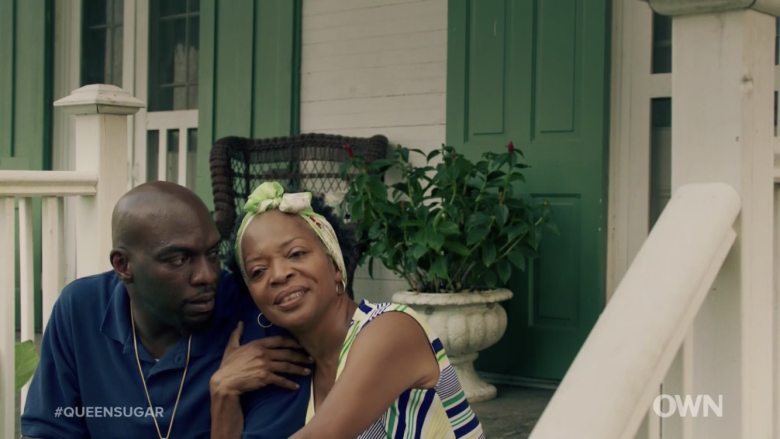 Another relationship that really calls it quits is Ra and Darla.  Ra says that he will never look at her the same, and he will never trust her again.  Without trust, he can’t ever be with her.   This breaks her heart, but it breaks his, too.  He asks himself how he couldn’t have known that the love of his life was a liar.

One couple that has kept it 100 with each other for many years has been Aunt Vi and Hollywood. The definition of goals is getting hitched, and Hollywood’s proposal to her is very fairytale.  No, there was no carriage, no horse and buggy, no getting on one knee and no ridiculous party with “close” friends and family to witness.

Right after he gets news that he will receive triple the amount from the rig settlement, Hollywood tells Vi that she is the best thing he has ever had and seen in his life, and he wants to “lock this thing down.”  I needed a shoe to throw at my computer screen.

As they’re sitting on the porch, he tells her sweet, genuine everythings, and then he asks her to marry him.  She says, “yes” or “100 times yes.”  And they sit quietly in the Louisiana heat while watching Blue.

“Queen Sugar” took me on a rollercoaster ride of emotions because I care about everybody.  And that hurts and feels good at the same time.  Give me more.  Can’t wait until Season 3.