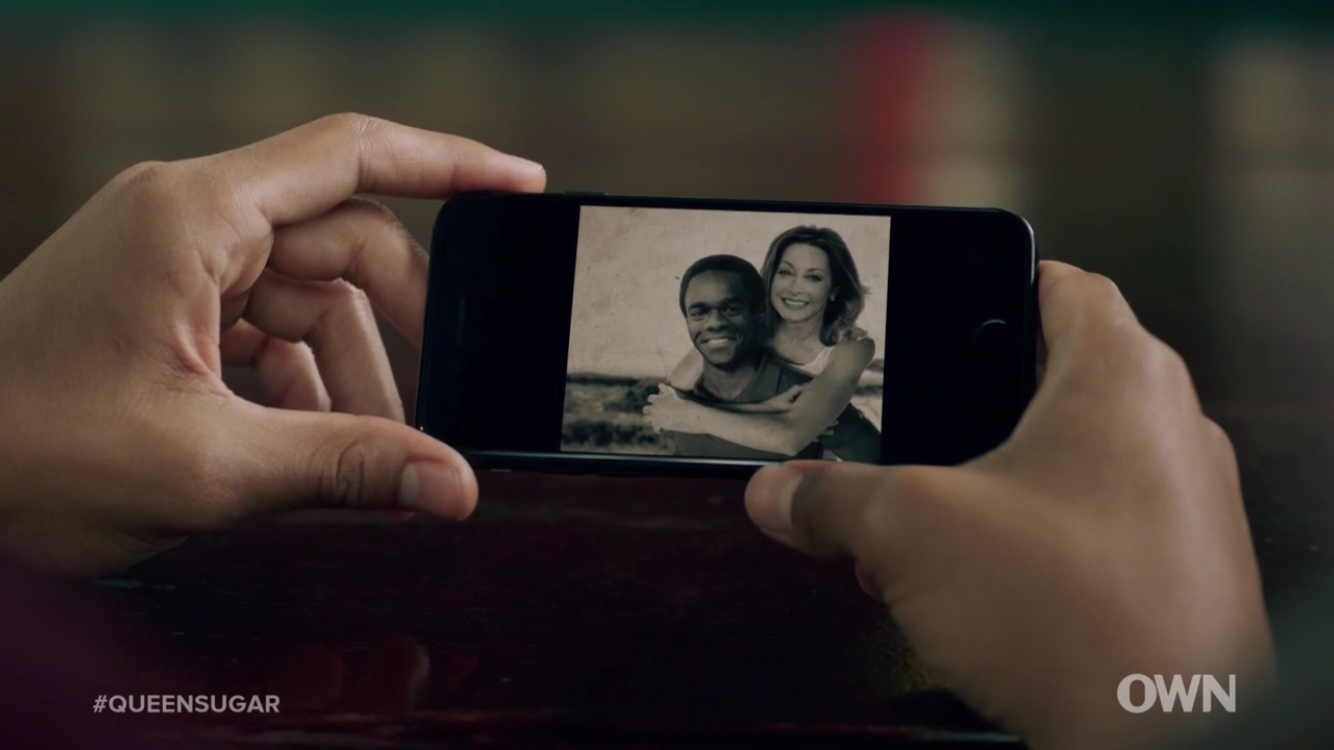 I am such a relationship person.  I am moving to New York soon, and thinking about all of the relationships I have built here, but am now leaving, is leaving me in a state of mourning at the moment.  Meeting people and then fostering those relationships take time.  And when you’re able to use time wisely with those you love, you make the most of life.

As soon as Lorna stepped on the scene, she was the black sheep.  She was the White woman who came and stole a Black man from a Black woman.  Well, that was my assumption, and that was Vi’s skewed truth. 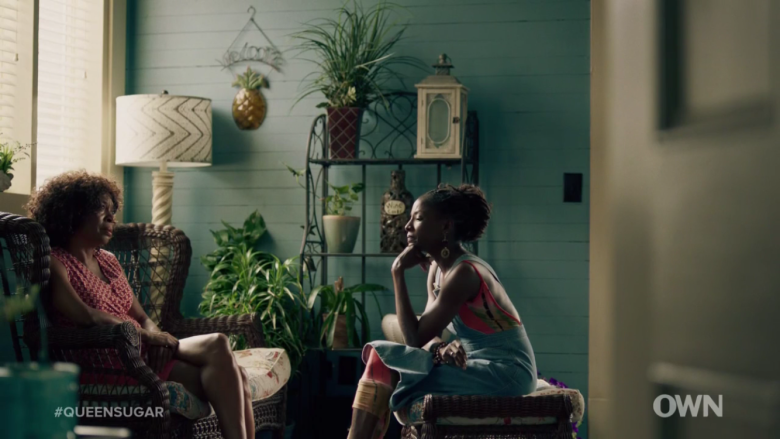 For years, Vi held a grudge against Lorna, not for taking her brother away from the love of his life but because she had the audacity to do it while White.  Nova discovers this and re-evaluates everything she thought she knew about herself.  She, too, demonized Lorna not knowing that Lorna was well aware that her late ex-husband was in love with Nova’s mother.  She bluntly states that he talked about this on their first date.  And she remained with him.  He even left her to be with Nova’s mother.  But he returned because Nova’s mother said that she fell in love with someone who was hidden in him, but she didn’t want to hide in him.  And yet, Lorna stayed with him.

Lorna was always there.  She admits that she didn’t have the same courage as Nova’s mother to have allowed her man to go although she was pregnant with his child.  She admits that she loved him and that she didn’t mean to hurt anyone.  And it is this conversation between Nova and Lorna that made me misty-eyed because life could be so much more joyful if people were transparent.  It took 40-something years for Lorna to get the opportunity to tell her side of the story, and 40-something years later, it hurts because for 40-something years, Nova hated her guts.  And hearing Lorna’s story allowed her to release that energy that was perched on a ledge of her heart. And when it was released, she cried as all do when a necessary release occurs. 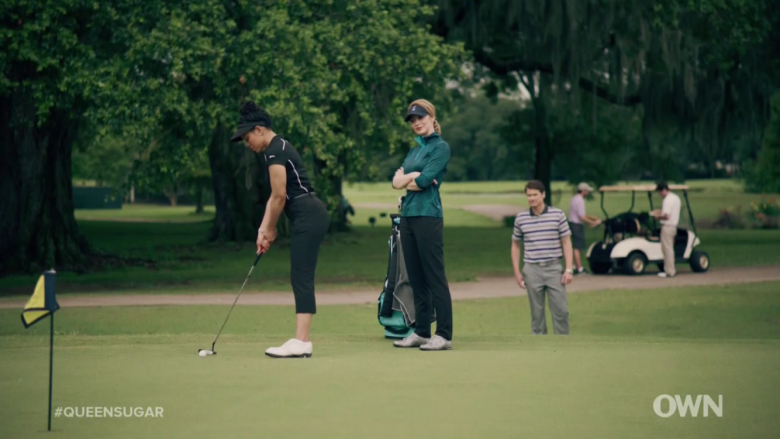 Because of Lorna, Nova is also able to release her fear of being hurt by another man.  She surprises her bae at his place by waiting patiently on the couch for him when he arrives home.  Earlier, she got cold feet in wanting to tell him what hotel she was staying in because her idea of relationships were warped.  But now, she is letting it all hang out.  She tells him, about 2 inches from his face, that she is ready to see where this thing goes.  And that two people so perfectly imperfect together should never let their differences keep them apart.  And here I go again getting misty-eyed.

When all we have is words, we need to say them to those we love.  We need to be fearless because what is on the heart is the truth, and whether it’s received in the way that we want, it will be received in the way that it needs to be, especially when it’s being received by the one that’s meant for us.  And for Nova, her bae listened intently and intentionally.  They embrace.  And there is no sex.  Just no holds barred sexy intimacy. #AllTheFeels

Another misty-eyed moment came when Ralph Angel feels some kind of way about not knowing the “why” to a question in class.  Remy is the professor of that class, and when he explains that knowing an answer isn’t good enough, that triggers childhood memories of teachers making him feel like crap.  He feels stupid and embarrassed.  Remy sees him at a restaurant with Darla, and he confronts him about it.  Ralph Angel explains what happened to him as a kid, and in one of the most beautiful scenes I’ve ever seen, Remy apologizes and says that he loves him and is there to help.  My. God.  Again, words.  Communication.  And this conversation takes it one step further by showing that opening up will bring amazing blessings.  So proud of Ralph Angel and so thankful that he has a mentor like Remy. 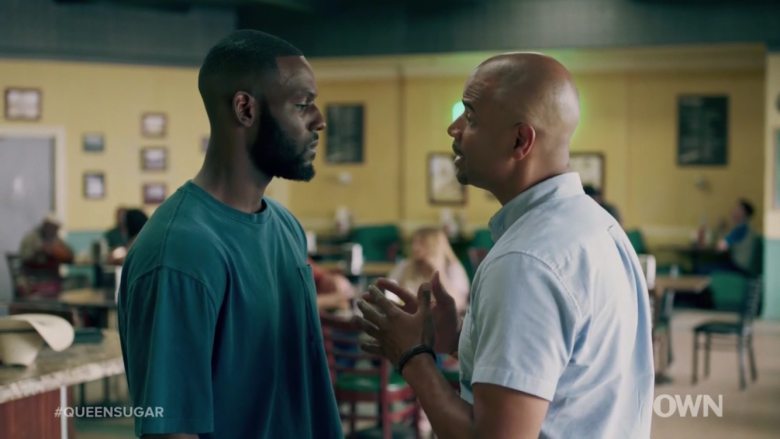 Last but not least, Lorna meets Micah’s girlfriend for the first time.  When do we see grandparents meeting a grandson’s new girlfriend on TV?  It happens all the time in real life, but man, this is so special to see on TV.  Lorna engages his girlfriend in appropriate conversation.  Laughs with her.  Adores her.  She is genuinely interested in knowing how likely these two are to take things to the next level.  It is so nice to see a grandparent taking a teenage relationship seriously.  Love comes in all ages.  And no age of love is purer than another.  Love is love.

Can you tell that I am a complete stan for this show now?  God.  Look at me. Until next week.