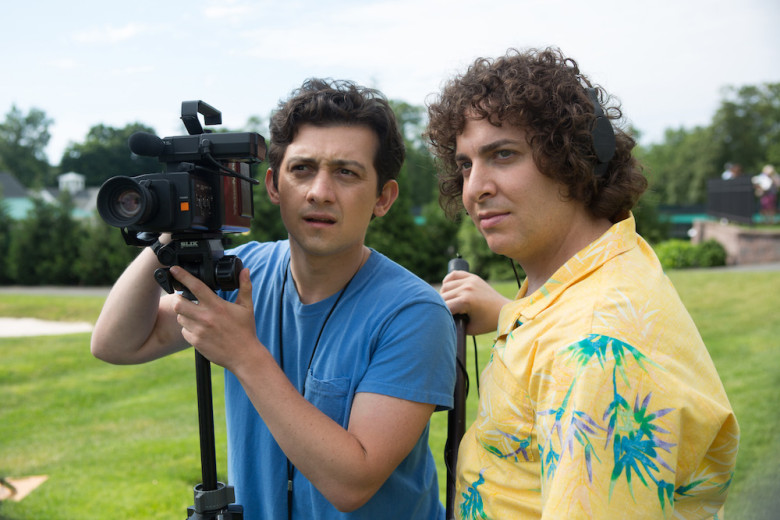 Amazon Studio’s 80s nostalgia comedy Red Oaks came out with its third and final season over the weekend. While season one and two packed in ten episodes each, this closing season only features six episodes. Season three almost feels like an epilogue in a way, but sharply gives us some new things to chew on, while also tying up loose ends from seasons’ past.

In terms of the new, it’s now the Summer of 1987 (the year yours truly was born, by the way) and David is in the city working full time a video production company. He’s treated like crap by his boss but suffers through making coffee runs in the hopes of becoming a big time director one day. He tries to pass along his boss some of his work, and with the help of a coworker Annabelle, finally gets his boss to have a gander. Later, though, when David tries to follow up, his boss not only tells David that his work was terrible, but that he’ll never make it in the film industry. Oh, and he does this in front of the entire office.

This season features David going after what he wants with the most clarity. Well, at least from a professional standpoint. After a bit of moping, David rebounds, bypasses his boss, and pitches himself to clients as the best prospect to direct a new dog food commercial. Kubrick this is not but it’s something and David finally gets a much needed win.

I also appreciated the understated relationship between David and Annabelle, who’s in a long term relationship with a fellow midwesterner. In the series finale, “Action!”, just as David’s commercial starts shooting, a door also opens with Annabelle. We don’t know exactly what will happen, but Red Oaks gives us some possibilities. Oh, and earlier, David pays a visit to his first love Skye Getty, who’s getting by at a Manhattan bar in the wake of familial trouble. The two catch up, but when David pushes for a bit more, is shut down. The window has closed, but that doesn’t mean what the two shared wasn’t real. 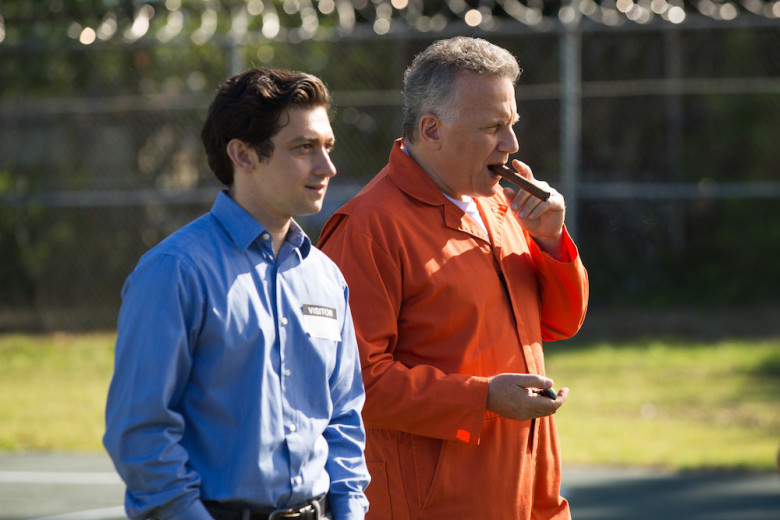 Wheeler and Misty are still going strong, but their relationship is not without its roadblocks. Misty completes her studies and tries to start her career as a dental assistant. A seemingly nice and handsome dentist takes her under his wing, much to the chagrin of Wheeler. Later, though, when the dentist tries to make the moves on Misty at a conference, Misty rebuffs the man and is left to pay the bill herself. The moment was so sad that I wish Misty somehow got a reply and got back at the dentist. But Wheeler comes through and takes Misty home.

Wheeler, meanwhile, is now at Cornell and gets the attention of a quirky English lit professor. In a season that doesn’t pack as many laughs as years’ prior, this storyline brings the most humor of season three. After a series of hilarious escalations (it starts with a benign enough office visit), Wheeler finds himself in between the lit prof and her husband who desperately want his seed since they themselves can’t have kids. Just the probing alone from the couple is great (“diabetes?” “any history of mental illness?”)  and showcases Red Oaks’ finest writing. 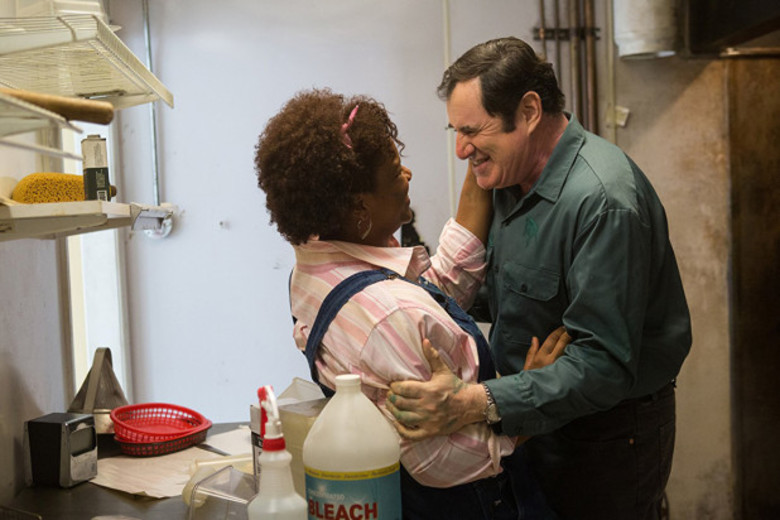 The adults on Red Oaks also see growth this year. A softer more humbled Getty spends the first few episodes behind bars, hoping for a conjugal visit from his wife Faye. On the outside, Nash is our constant eyes and ears back at Red Oaks Country Club in New Jersey, though we quickly find out that things aren’t good. Red Oaks is being sold but Nash won’t let that happen without a fight. Nash rallies Getty who rallies David to create a short promotional video as a last ditch attempt but it’s no use. What will poor Nash do if he’s not a tennis instructor in New Jersey? Well, become a tennis instructor down in Florida where it’s summer all year round. Nice deal.

Once Getty gets out, he seems reformed. He even gives David props for finally making something of himself in the city. He isn’t too pleased Faye had to sell their fancy car, though. Instead of returning to Wall Street life, Getty wants to take a trip with Faye and get away from it all. With what money? Well, the money Getty moved offshore in the Caymans, naturally.

On the other side of the vocational coin, we have David’s father, Sam, who works to open his own store with his friend Terry. Oh, and Sam also just so happens to be dating Terry’s sister. This threatens to bring a wedge between the two friends but eventually, they patch things up. Last year, David was understandably taken aback by the dissolution of his parents’ marriage. But an older and wiser David now accepts this new reality.

All in all, Red Oaks’ final season doesn’t do anything groundbreaking but provides a satisfying ending to its thoughtful coming of age tale.