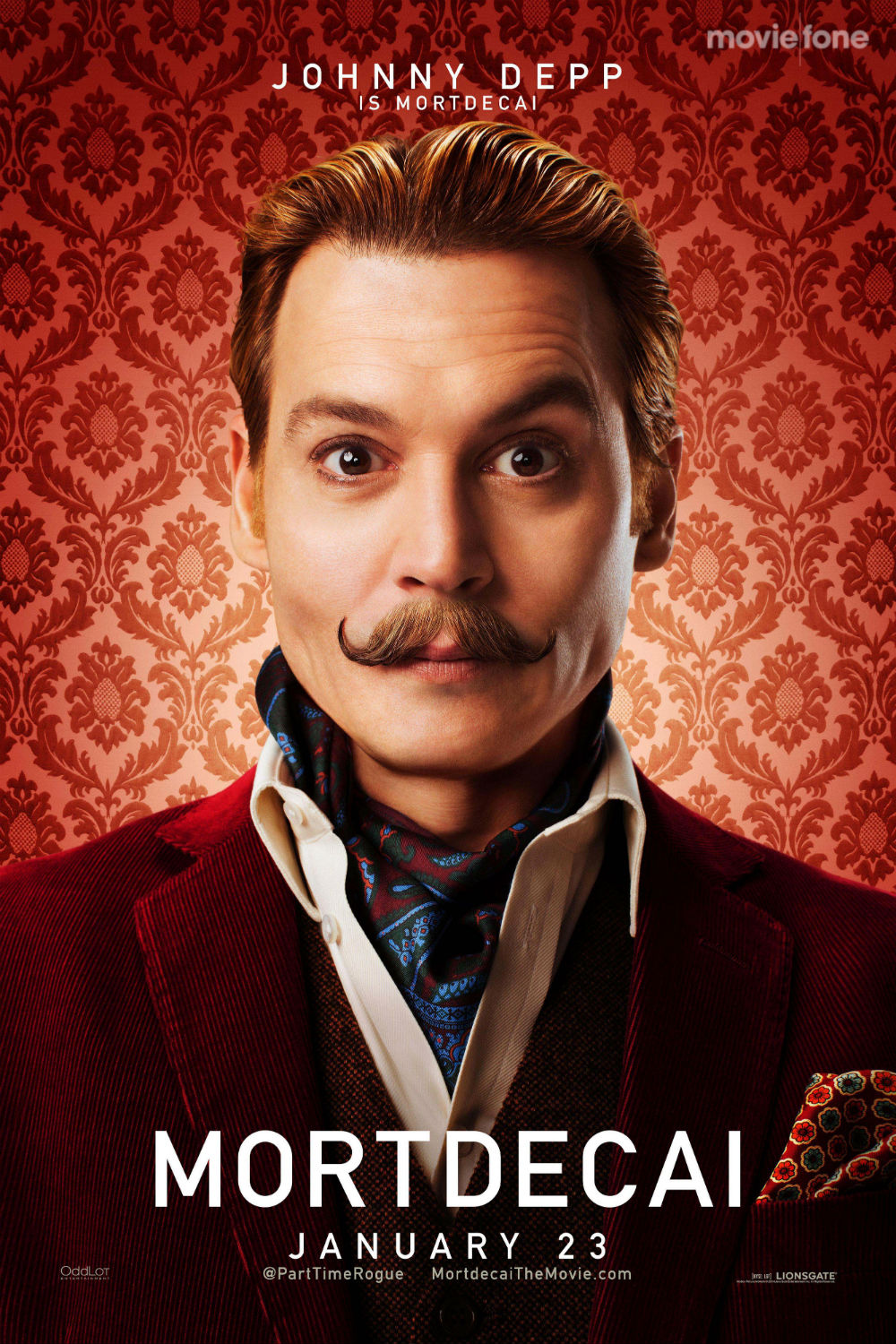 Tweetable Takeaway: Mortdecai attempts to be a goofy British caper instead of actually being one.
Tweet

Johnny Depp’s latest film involves a colorful cast of characters, including, among others, Russian thugs, Italian mechanics, Hong Kong gangsters, a Californian nymphomaniac, and Jeff Goldblum. If given the chance, Johnny Depp would play them all, but in his latest film, MORTDECAI, Depp is relegated to only playing one character, Charlie Mortdecai himself. Although I’d give up a priceless painting to see Depp take on Jeff Goldblum.

Charlie Mortdecai is an eccentric art aficionado deep in debt with a variety of unsavory characters from all around the world (which will come in handy later when the movie’s plot calls for a globe-hopping adventure). When a Goya painting is stolen, Alistair Martland (Ewan McGregor) enlists Mortdecai to use his art connections to track it down. Once the painting is discovered to be a more priceless Goya that had been thought to be lost, and also contains the numbers to a Nazi bank account, the stakes are raised and the number of kooky characters interested in finding the painting is multiplied exponentially.

The plotline is appropriately complex for a movie of this nature, but remains surprisingly easy to follow. There’s the usual crop of twists and double crossings, but it’s all dealt with in a straightforward manner. Above all else, the movie exists more as an impression of goofy British crime capers than actually embodying them and simply being one itself. There’s this nagging feeling throughout the movie that the writers, director, and actors are this close to accomplishing what they set out to create, only to fall short enough to make the entire affair seem as if they’re trying too hard.

Along with this, Johnny Depp’s performance as the titular character is more efforted than effortless. His antics are in the spirit of Peter Sellers, but he ends up closer to Steve Martin emulating Peter Sellers than actually emulating Sellers himself. Depp never loses himself in the character, but certainly loses himself in the acting. Never is there a moment in the film that Mortdecai feels like a real person. Instead it’s, “Hey, I’m Jonny Depp and I have a mustache and an accent!” It’s the same problem that plagued Depp’s character in Tusk, and it was only by virtue of being a minor character that one could overlook the camped-up performance. Here as the leading man and nary a scene without Mortdecai’s presence, the movie suffers a great deal more.

The time period mash up also leaves a bad taste in the mouth. For the first third of the movie, it seems the movie takes place sometime during the ‘60s or ‘70s. Which is all the more surprising when a character suddenly talks into a slim cellphone, and a little later a Macbook shows up. It feels as if Mortdecai and the rest of the characters have been lifted straight from the past, spat down in the modern day, and decide to completely disregard modern technology that’s all around them. I kept expecting Mortdecai to stumble upon some gizmo and be amazed/horrified/baffled, much like Mike Myers’ Austin Powers after being transported to modern day.

There’s enough earnestness on display to make Mortdecai tolerable for its running time, but earnest effort does not a movie make. There’s an unfortunate distinction between what the movie aims to be, and what it actually is, and that distinction is what keeps Mortdecai from shining. There are still elements to the movie that do work. Paul Bettany as Mortdecai’s manservant/bodyguard Jock works. The added trait of bedding every attractive woman Jock comes across turns a cliché on its head. It’s not the suave leading man getting all the action this time around, but his sidekick. Mortdecai’s sympathetic gag reflex also works. Whenever a character gags, he gags as well, and it becomes a great running gag gag. The rest of the cast do fine work, including Gwyneth Paltrow as Mortdecai’s wife, Jeff Goldblum, and Olivia Munn. It’s the script that gives them too little to do. There’s hints Mortdecai could have been a great movie, if it only were the kind of movie it only ends up emulating.

I give Mortdecai 2 mustaches out of 5