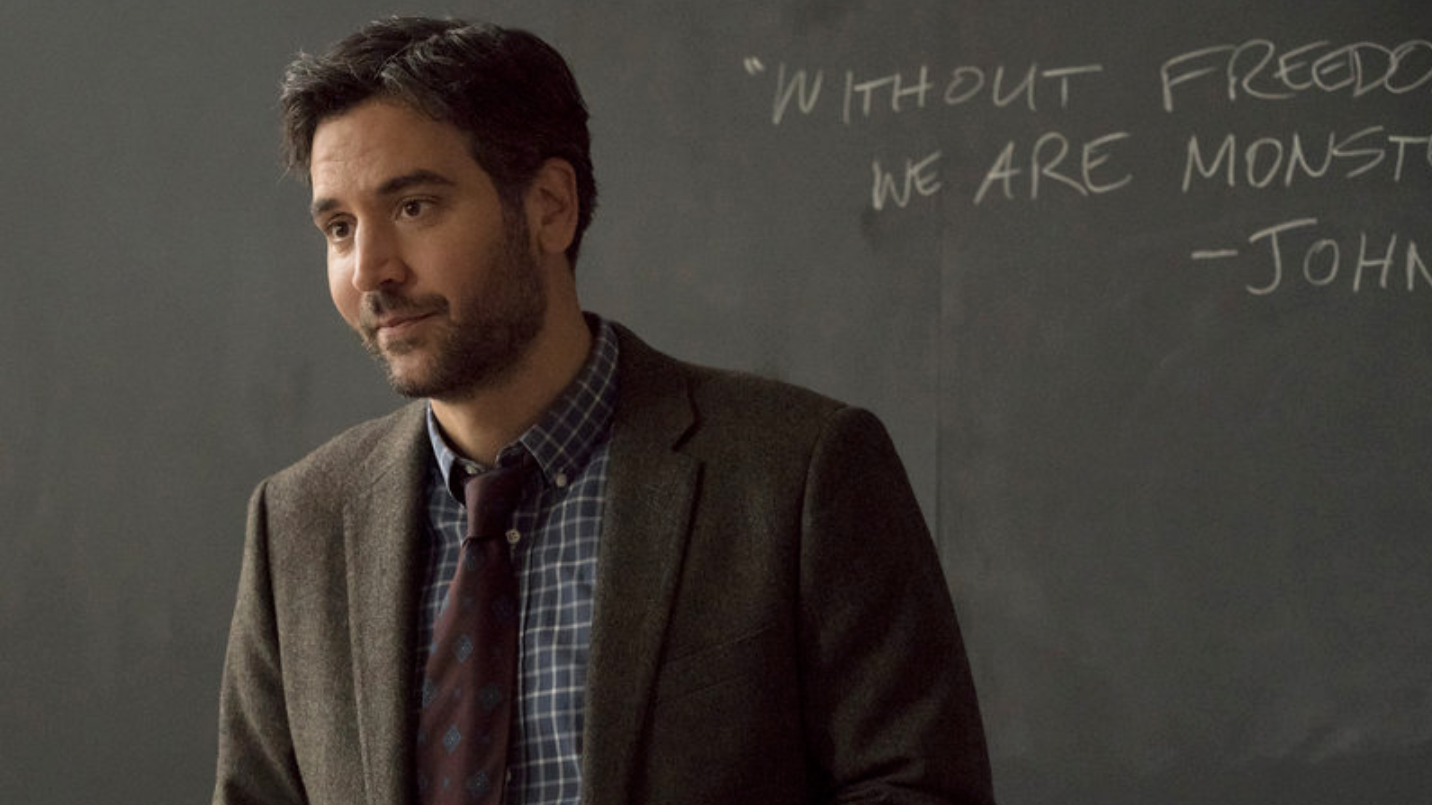 It’s hard not to compare NBC’s new high school theater series Rise to Ryan Murphy’s Glee. While there are similarities between the two shows like a high school football quarterback joining the theater program, Rise strips away the glitz and replaces it with warmth. Created by Jason Katims (Friday Night Lights, Parenthood) and inspired by the book Drama High by Michael Sokolove, Rise is about an English teacher who feels unfilled with his current position and decides to lead the drama program with the musical Spring Awakening in a fictional town called Stanton – a Pennsylvania steel town. But what elevates the show isn’t about a teacher who’s looking to inspire, but the town of Stanton and the people who live there.

Josh Radner (How I Met Your Mother) plays Lou Mazzuchelli an English teacher who decides to become director of the theater program taking the job away from Tracey Wolfe (Rosie Perez), who has been assisting the theater program for years. Wanting to do something different, Lou decides to do Spring Awakening, a play that pushes boundaries and deals with subject matters the parents of Stanton don’t think is appropriate. Starting quarterback, Robbie Thorne (Damon J. Gillespie) finds himself starring in the musical after a rap performance in the cafeteria catches Lou’s eye along with Lilette Suarez (Auli’i Cravalho) stealing the coveted spot from Gwen Strickland (Amy Forsyth), whose father is the head coach of the football team and also having an affair with Lilette’s mother. Like Spring Awakening, Rise tackles subjects that teenagers face today. But more importantly than that, it shows just how important theater is and the Arts in general.

After watching the entire ten-episode season, Rise gets better as the season progresses ultimately leading to a strong finale. With so many characters and storylines to establish, the start of the season is sluggish with an uneven pacing and a lead who is unlikable. Lou Mazzuchelli is no Coach Taylor. He’s insufferable with his passion to do good. He strives to make the school a better place for the kids, but he wants it so badly that it turns into entitlement. His passion puts him at odds with not only Tracey whose job he took away from her, a job that she’s been working tirelessly trying to get but also with his family in particular with his son, Gordy. It isn’t until the people around him starting putting him in his place, which happens around mid-season, that Lou becomes someone you can watch and the show gets better as a result. 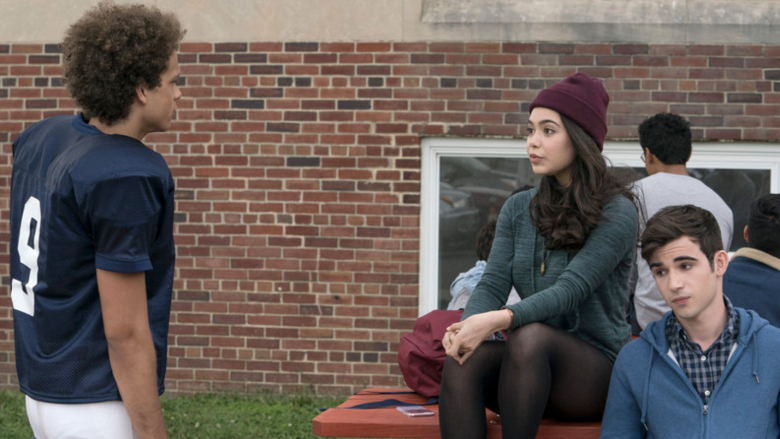 Thankfully, Lou is surrounded by teenagers who are dynamic and relatable, and who help give the series strength to eventually blossom by the end of the season. Each with their own subplot, the teenagers each have their own arc as they grapple with their own complicated lives. One standout is musical theater king Jeremy (Sean Grandillo) who wrestles with his sexuality thanks to the role he was given in the show by Lou. While his parents at times play into the cliche conservative role, especially his father, the longing to please them but also be true to himself is played out really well. Another stand out is Michael (Ellie Desautels) who is trans, transitioning from female to male. And lastly, there is Gwen, who loses out on the starring role in Spring Awakening” while also dealing with her parent’s separation after her father cheated. The show does a good job giving each character stand out moments throughout the season that resonates and gives the show warmth and pull of heartstrings that we’ve grown too accustomed to with Jason Katim’s drama.

Along with compelling characters, the show does a great job incorporating the town into the roots of the show. It’s not Dillon, Texas – it’s Stanton Pennsylvania, a steel mining town. There’s a moment halfway through the season when Lou instructs the students to find objects throughout town that means something to them. It really struck a chord with me as the students searched throughout Stanton looking for set decorations. It’s that feeling you have when you think of your hometown. How it’s your entire world, yet there is another world completely outside of it. The town of Stanton is its own character – providing a context of ideology for the characters. And it really adds an extra layer to the show and providing a familiar energy that we can all relate to. 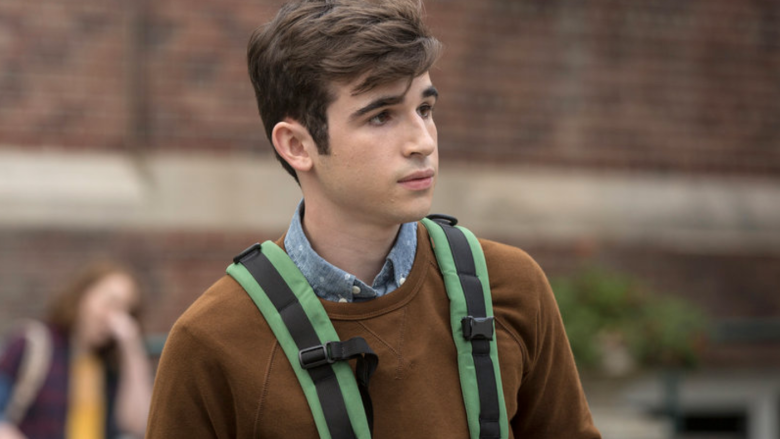 By the finale, the show figured out what kind of show it wants to be. It found it’s pacing as well as balancing out the many different subplots all within getting ready for the production of Spring Awakening. People started putting Lou in his place and his entitled nature kind of took a back seat – though he most likely will always be the least likable person on the show. By the time it’s curtain call, I was ready to watch more, ready for the students of Stanton High to tackle the next production and take on those who don’t think the theater department is deserving.

Overall, I really enjoyed the show and I hope it finds success on NBC like This Is Us, which is another show about everyday people with an emotional core at its root. While this is not a perfect show and not as strong as Jason Katim’s other series Friday Night Lights, Rise is still a warm, heartfelt show that feels needed right now especially with budget cuts and our administration wanting to end Arts programs across the country. I’ll end this review with a quote from Lou who says it best, “Our students need a place to express themselves, laugh, cry, exalt in joy, and most of all to dream, to dream big, to discover the greatness within them, because in my heart I do believe that every one of these kids has greatness inside them.” While the show isn’t great yet, it’s definitely on its way to figuring out what kinda of show it wants to be.