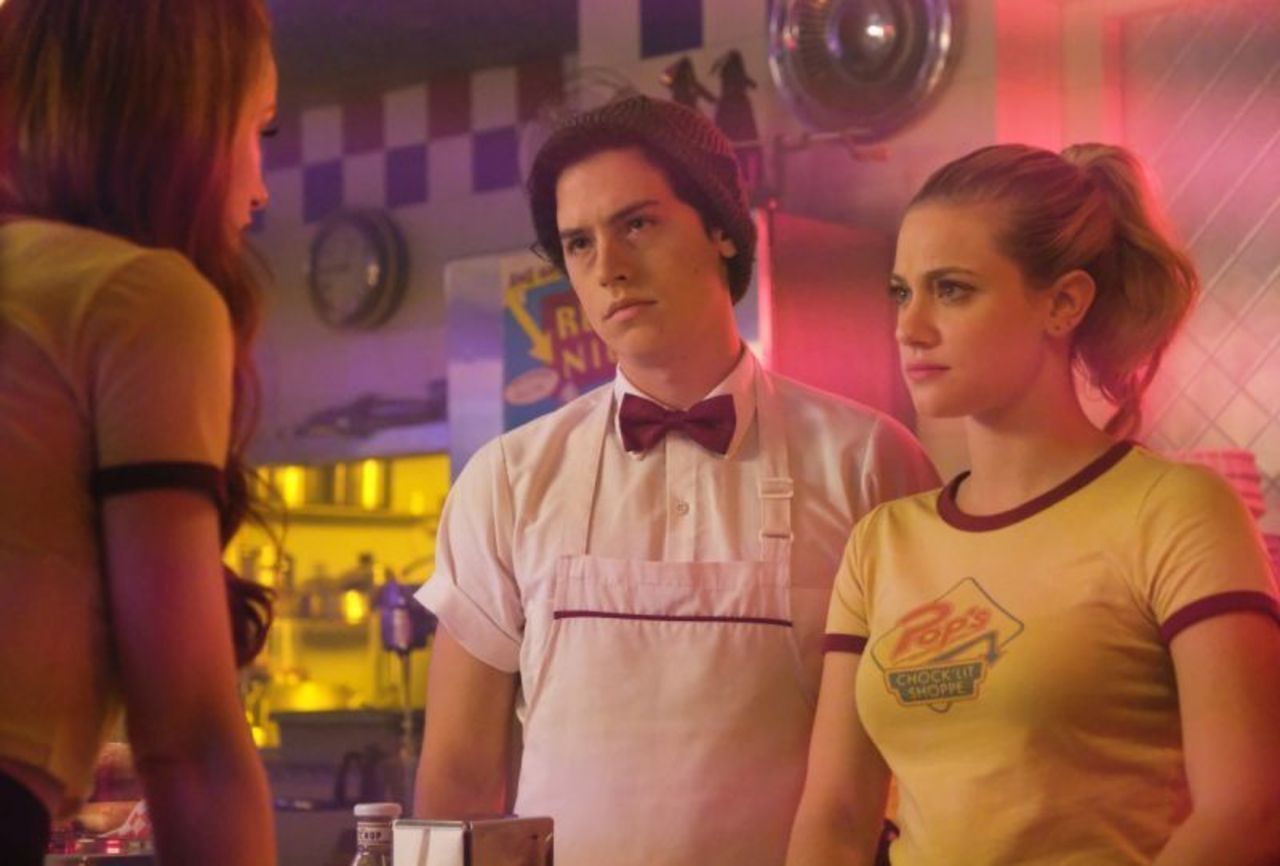 The mystery deepens and the darkness…creeps in, in this week’s episode of Riverdale, “Chapter Fifteen: Nighthawks.” First of all, as a side note, let me just say that at some point Jughead’s going to have to finish this book and start the sequel, or else there’s just going to be too many chapters here. Let’s not kid ourselves, this isn’t J.K. Rowling. We’re not sticking around for fifty chapters of the same book. (But in all honesty, I do hope this show gets to stick around for fifty + episodes.)

The second episode in the second season, the story this week had Betty trying to save Pop’s, Jughead trying to save his dad, Archie trying to save his dad, and Veronica deciding to reconcile with her dad. Wow, this episode really was up to its knees in daddy issues. And now that I think about it more deeply, it’s strange how there’s a pattern with all of our main characters’ parents: Archie’s and Jughead’s mothers are absent, Veronica starts out season one without her dad, while Betty and Cheryl start out the first season with theirs, and as Veronica regains (despite her efforts not to get him back) her father, Cheryl and Betty lose theirs. And, throughout all of this, both Betty, Veronica, and Cheryl must deal with their antagonistic mothers.

So, really, this show just has a problem with parents. In fact, there might be a serial shooter on the loose who’s job it is to be the season villain, but I’d argue that actually, the biggest villains on the show are the parents. I mean, they aren’t necessarily vicious – well, Cheryl’s dad definitely was – but they definitely tend to be antagonistic. Which, of course, makes sense, since we are talking about a teen show, after all. Who was the biggest villain in your life when you were a teen? All except for Archie’s dad, who is the only somewhat stable parent on the show. And the show rewarded him but almost killing him off! Yeah, this show definitely hates parents. 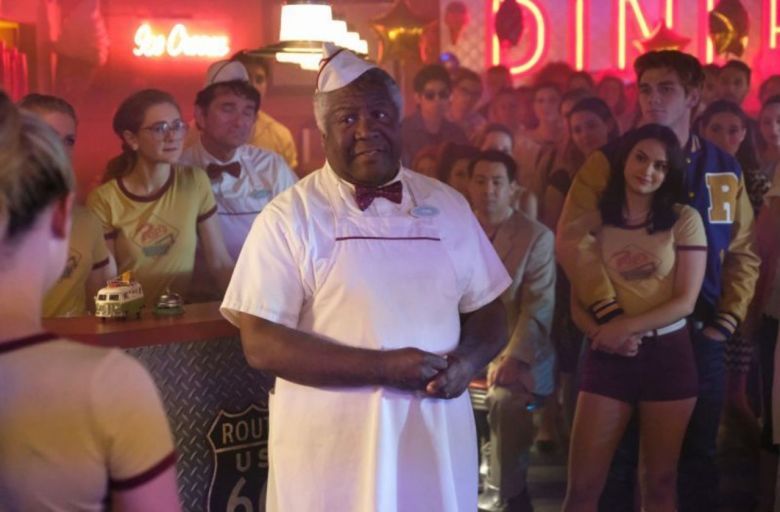 In this episode specifically, we see a bit more darkness seep in and settle. Archie is completely strung out from lack of sleep and the stress of the shooter coming back to hurt his dad. He tries to resort to drugs to keep himself awake to protect his house, but even his drug dealing friend draws the line when he sees how on edge Archie is. I mean, you know your life is in a sad state when your drug dealer won’t even sell you drugs.

Instead, Archie buys a gun to replace his baseball bat, so he can feel safer and have a better chance protecting his home from the serial shooter, should he come looking to finish the job. Cause we all know nothing will go wrong with Archie owning an unlicensed gun. In fact, when that became the direction the episode was taking, all I could think was that this is the show’s subtle PSA for the season – they want to address gun laws and issues. We’ll see how this plays out and if that’s actually the case. I certainly doubt things work out for Archie when it comes to owning that unlicensed gun.

The main focus of the episode was on Betty trying to help Jughead save Pop’s and his dad from 20 years in jail. She succeeds at both, but at a cost: she has to threaten Cheryl in order to get her to request leniency on FP’s sentence, and in saving Pop’s she inadvertently creates a central hub for the crime in Riverdale.

I noticed two things about this episode that I haven’t noticed about the show in the past – that’s not to say these things weren’t the case in previous episodes, just merely that I wasn’t paying particular attention to them. The first is that the show has an enormous about of scenes. This episode bounced around all over the place, with scenes managing to last only a few sentences on average, usually. No wonder word is that the show shoots 14+ hours a day typically; all that set up and run through just for a scene that lasts maybe 15 seconds of a 50-minute show. It’s a lot.

The second thing I noticed was how incredibly shallow the dynamism is with some of these character decisions. It’s obviously a challenge to demonstrate a change in a character’s thinking without them verbalizing that, and it’s particularly hard to show that for every character when you have an ensemble cast. But Veronica’s reconciliation with her parents in this episode felt a bit unearned because we weren’t able to see the point at which she decides to try to forgive and move on. 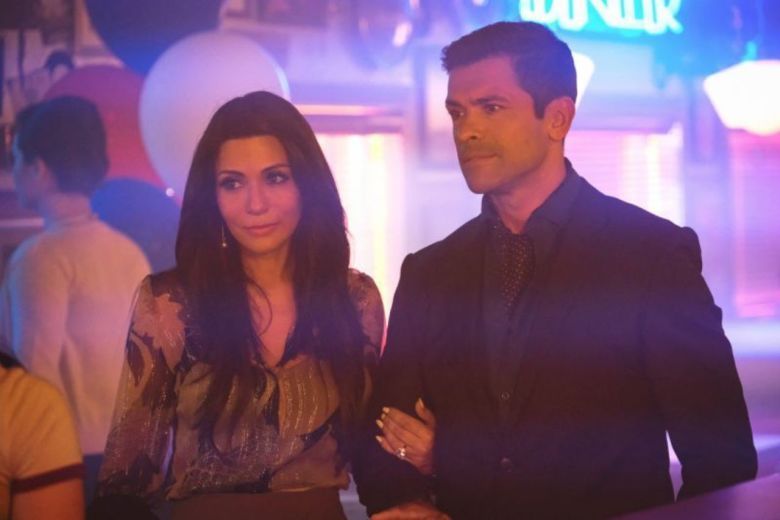 Speaking of the Lodges, I have so many frustrations about Hermione. Most of which are more general frustrations about a woman making the choice to stay in a clearly emotionally abusive relationship, but one about the transformation of Hermione’s character from the beginning of last season to now. When we started the first season, Hermione was all for taking charge and accepting how bad Veronica’s father was. Veronica was steadfastly protective of her father and his reputation. But, somehow, over the course of the season, things flipped. We saw Veronica’s transformation as she discovered just how ruthless her father really was. We didn’t really see the same with Hermione. She wanted him to stay in jail, and then she didn’t. And then he was out of jail and back in their lives, and Hermione willingly took up her role as supportive, loyal, quiet wife once again.

Needless to say, there’s quite a few things to learn about our characters this season, and I’m ready to find out more.