It’s the premiere of season 2 of Riverdale, and Archie can’t even drive yet. “Chapter Fourteen: A Kiss Before Dying,” picks up where we left off last season, with Fred Andrews shot and Archie desperately trying to pick up the pieces of his life in the aftermath. It’s an episode that unexpectedly and unintentionally rings truer than ever, given recent events. But the show obviously isn’t aiming to get political about gun rights, so we’ll focus only on the more relevant points of the episode.

Let’s start with the world immersion. Premiere episodes for returning shows often carry a lot of weight, not only to launch of a strong and promising season, but also to smoothly re-immerse its audience in the story, characters, and tone of the show. It can be a bit jarring when the balance isn’t just right between the three. Riverdale does a great job of immediately reminding us exactly what to expect when watching the show, and then surprising us with some fresh, added dramatic turns. 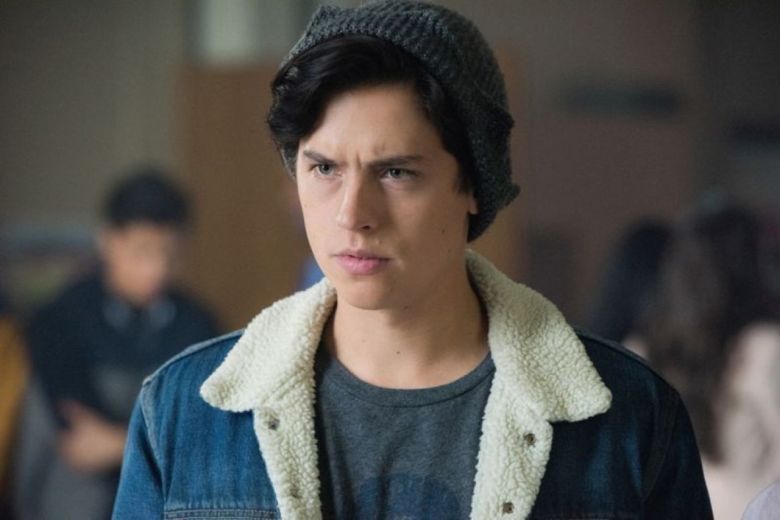 I will say, though, I had forgotten how cheesy the dialogue can sometimes get. This is a show about teens largely catered to teens on the CW, so overly dramatic dialogue and moments isn’t necessarily a bad thing, but it does bring on a bit of a “huh” moment when you’ve been away from the show long enough to forget. Particularly with Cheryl, who just has the absolutely weirdest and stiff dialogue. To the point where she sounds a bit like a basket case whenever she’s speaking to anyone. However, I’m fairly certain this is an absolutely conscious choice on the part of the writers to distinguish between when she’s putting on a front for others, and when she’s actually speaking from her heart. It’s really clever, actually, if not a bit uncomfortable and strange to listen to.

The twist at the end was a very intriguing new addition to the show’s traditional episodic format, though we’ll see if the show starts incorporating similar scenes at the end of every episode this season, or if this episode just happened to be a fluke because it was the premiere. It certainly will heighten the show’s drama, as a serial killer is a much more immediate threat than simply an isolated incidence of murder.

Speaking of things that are slightly random because it’s the premiere episode, literally everyone is in this episode. For some reason, the entire town shows up at the hospital for Archie and Mr. Andrews. Except, why? It’s not like Fred Andrews is some town hero. It’s the football team and the Pussycat Dolls that show up in support of Archie (along with Betty, Veronica, their parents, and Jughead) but it really does just kind of feel like an excuse to let everyone make an appearance in the first episode of the season, so that we know who’s still going to be around in upcoming episodes. 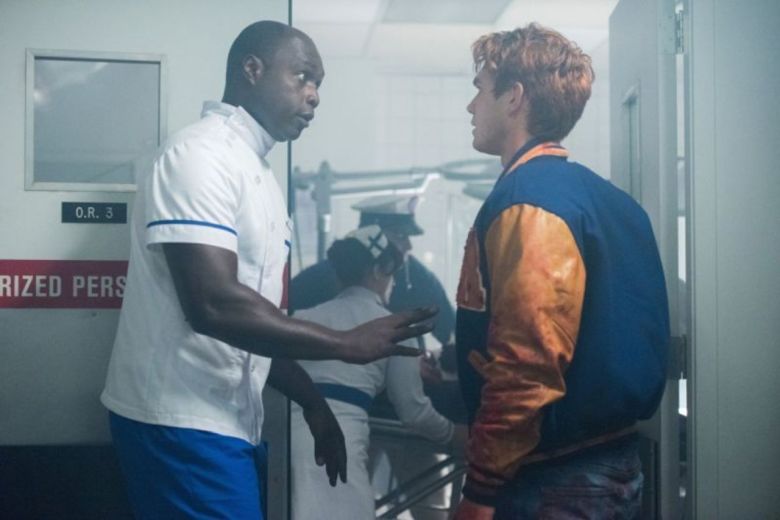 Also feeling a bit silly (but I’m totally here for it) is Jughead’s decision to start riding a motorcycle. I mean, come on writers, you guys have to cut us gals some slack. As if Jughead wasn’t hot enough already. But seriously, don’t stop.

That’s not the only transformation Jughead is dealing with – he’s in with the serpents now, whether he likes it or not. What he doesn’t realize is, he doesn’t have much of a choice as to whether he’s involved with the gang or not. He asks the serpents to investigate whether or not one of the serpents Fred Andrews fired went rogue and shot him, but what he doesn’t expect is how violently this favor would be followed through. He comes back to his dad’s trailer to discover that the serpents have interrogated (read: beaten to a pulp) one of their own loudmouths who was bragging about Fred Andrews deserving being shot, but the poor man had nothing to do with him actually being shot. It’s in this moment that Jughead realizes the gang isn’t just some protective family. And now that he’s called upon a favor of the gang, who knows what the gang will call upon Jughead to do. It’s a juicy bit of emotional and moral turmoil I’m looking forward to watching Jughead try to navigate. 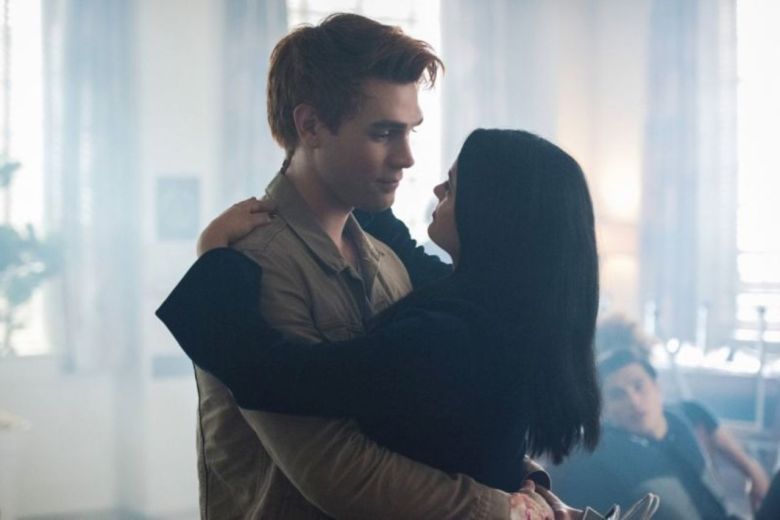 As far as Archie goes, he’s dealing with his father possibly dying. Thankfully, Fred Andrews lives to see another day, but the incident has scarred Archie in a way. I wish I could say that he’s grown from it, but Archie seems to be handling the situation in the same way he’s handled every adult situation he’s gotten himself into: like a kid who thinks he’s a grown up. It’s not that I don’t feel for Archie, and I do like the dynamic he creates for Veronica, who is doing her best to be a good person and good girlfriend, but I’m just way more interested in Jughead and Betty. Perhaps it’s because they’re the more mature characters of the four, and I’m definitely not a teenager anymore, or perhaps it’s just because I relate so much to Betty and Jughead is really attractive. Who knows.

And speaking of interesting characters to watch, Cheryl has turned up the level of crazy manipulative to another notch, and I am so ready to see what happens. This girl has so many layers and most of them are crazy, but I am so here to watch every single one of them get revealed. The tables have turned and Cheryl is calling the shots, not her parents, and I can’t wait to see what that means for the Blossom family.

So here’s to a promising, dramatic, and exciting second season to this hit show. I can’t wait to see what’s in store next.