Riverdale improves a little this week with its episode, “Chapter Twenty-Five: The Wicked and the Divine.” With some actually somewhat grounded drama coming from Jughead and the serpents, and a dip into the more Soprano-like aspects of Veronica’s family, the episode manages to actually keep an intriguing plot line that propels us through the episode and helps us better understand some of the character development that is happening in the show.

But, can I also say, oh.my.goodness, Riverdale, what are you doing? Does this show even have a multi-season trajectory? Because it’s starting to feel as though the writers are just absolutely winging it. It’s very much playing up to its large teenage audience – the kids who saved the show from cancellation with massive viewership numbers on Netflix, but seriously, I don’t know what’s happening at this point anymore. We seem to be going around in circles – the same bad guys stirring the pot, the same scapegoats having to dig themselves out of trouble, and the same stakes, over and over again, and it’s just starting to feel as though we’re going off the rails here without an actual endpoint to aim at. 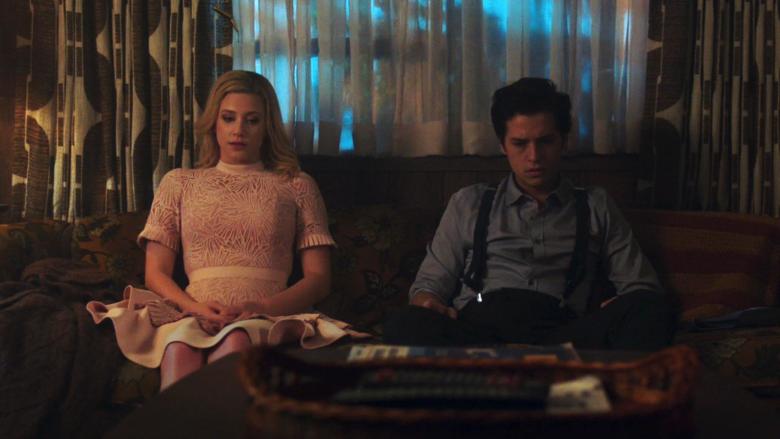 That isn’t to say that what the show has built here isn’t interesting or worth exploring. It’s simply to say that at this point, we have such a mixed bag of high stakes drama and action trying to contend with (rather low-stakes by comparison) teenage angst and woes that it’s really starting to feel as though the show doesn’t know what it is anymore. It’s trying to live in two separate worlds at the same time and it’s not working in the show’s favor.

At this point, I don’t think we could go back to it, but I would love to see a version of Riverdale that doesn’t find every excuse to simply shove random characters into songs with Josie or the Pussycats. Which, by the way, I can safely say as a born-and-raised Catholic that there are no songs at your confirmation except those sung in worship during Mass. So especially not Bittersweet Symphony by The Verve – or as Veronica puts it “From the Cruel Intentions soundtrack.” Which, while Cruel Intentions kind of goes with the brand, Bittersweet Symphony is just a hugely randomly and honestly kind of hilarious song to be singing at a Catholic confirmation. But I digress.

My whole point of that paragraph was to simply say I long for a Riverdale where Josie is back together with the Pussycats, and they have actual storylines that get more than five minutes here or there in two episodes per season. Then putting songs into the show would actually make sense. And could be fun, honestly. At the moment, like last year, this year the singing just seems like an excuse to advertise some of the cast member’s potential music careers, should the show go south. 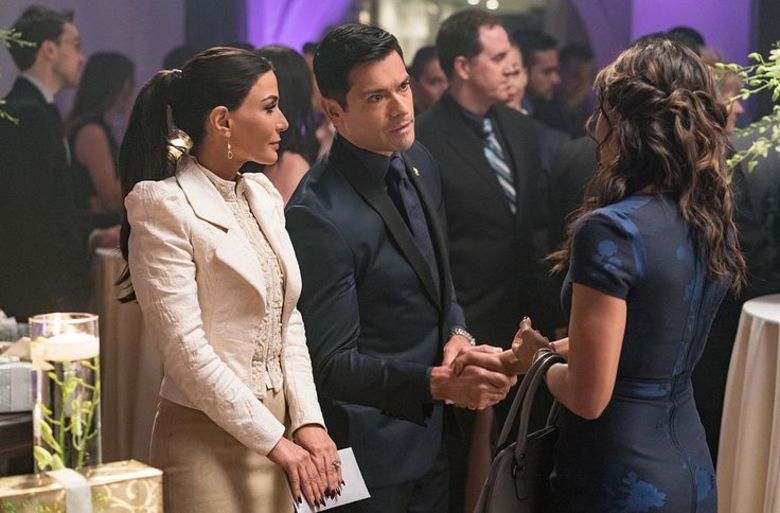 Perhaps I’m being a little too harsh on the show, though. I do like it. I loved the first season, and there’s still aspects of the show this season that feel interesting, like Jughead’s conflicts with the Serpents, the inner darkness he and Betty both feel and how that, in some ways, draws them together – which, by the way, Bughead is back on, yay!

But then, there are other things that keep me from feeling like the show is reaching its true potential. Like the fact that the whole Black Hood issue has basically dropped off the face of the Earth, and then all of a sudden this FBI director shows up and keeps trying to get Archie to do his bidding. What is happening? And we could reasonably explain away the Black Hood thing with the creepy janitor guy that got arrested during the mid-season finale, even with Archie’s doubts about them getting the right guy, but then Jughead actually asks the Sheriff why he’s spending more time pestering the Serpents than actually looking for the Black Hood and I’m like “Uhhh, because they think they’ve already caught him???” It’s a weird moment of dialogue that really feels like it shouldn’t be there at all. 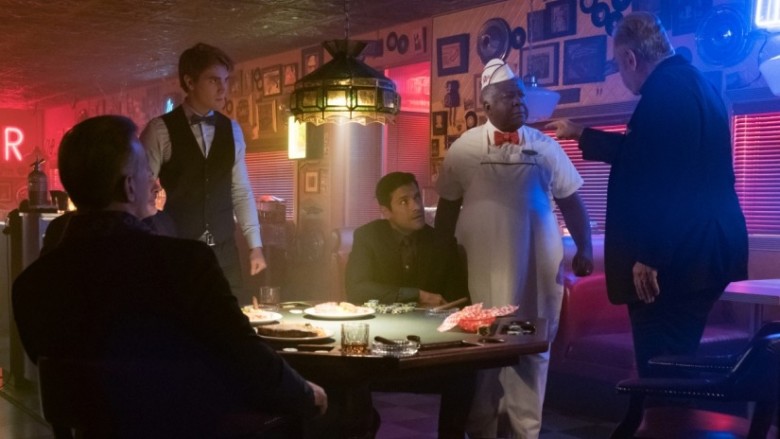 I do feel as though the show did a much better job with Veronica and her family this episode, though. Not only does the family mob drama actually feel legitimate instead of soap opera-y, but Veronica’s personal decisions feel understandably high-stakes and her choice feels grounded and well-reasoned. Archie’s complicated walking the line between Veronica’s family and the FBI agent also feels well written in this episode. His choice between the Lodge’s and the moral right and just thing actually feels human, and mature, even if it is flawed. It’s a more interesting choice than Archie has ever made before.

Oh, and finally, I just have to mention my favorite part of the entire episode: Hiram Lodge’s attorney’s name is Sowerberry. SOWERBERRY. Soak that in for a moment, and then go watch the episode if you haven’t seen it yet.