Riverdale continues on its wildly dark spiral with this week’s episode, “Chapter Twenty-Four: The Wrestler.” The episode continues to transform this show as we step further and further away from the typical teen drama setting of high school, and deeper and deeper into the politics of Riverdale’s adults.

I’m not sure how to feel about this episode. On the one hand, the show is doing a lot to raise some great conversation about diversity and whitewashing, as well as offering us some intriguingly high-stakes drama and conflict. At the same time, much of the show has begun operating on a line of logic that feels inorganic. The dialogue feels awkward and forced, and I find myself asking, “Really? Is that really the thought that this character would have in this moment, after this other character revealed this thing?” 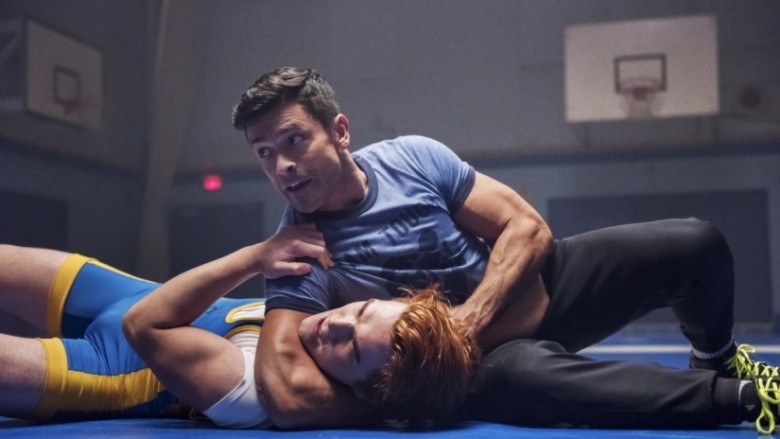 An obvious example to me in this episode in particular, is early on in the show when Betty is sitting at the dinner table with her parents and her new-found brother, and he mentions having all these scars in a moment of confrontation with the Cooper family, and Betty chimes in, “I have scars, too,” and then goes on to explain that they’re crescent shapes on her hands, and her brother knowingly guesses that they’re from her squeezing her hand into her palm, and she says yes.

I get it. Betty is trying to find common ground with her brother, but it’s just a weird thing to chime in about, especially in such a heated moment. It doesn’t play like Betty is trying to calm the situation at all – and maybe it would, if the direction had been different, so perhaps this is less a dialogue issue and more a directing issue. But at the same time, as Betty’s brother is admitting he has all these scars, it’s a pretty vague and random thing to admit – we don’t know if he’s talking about physical scars or emotional scars, or what, and Betty chimes in about her silly hand scars before her brother has a chance to round out his point, so we don’t really know what’s happening in this conversation. It’s just a conversation that happens. 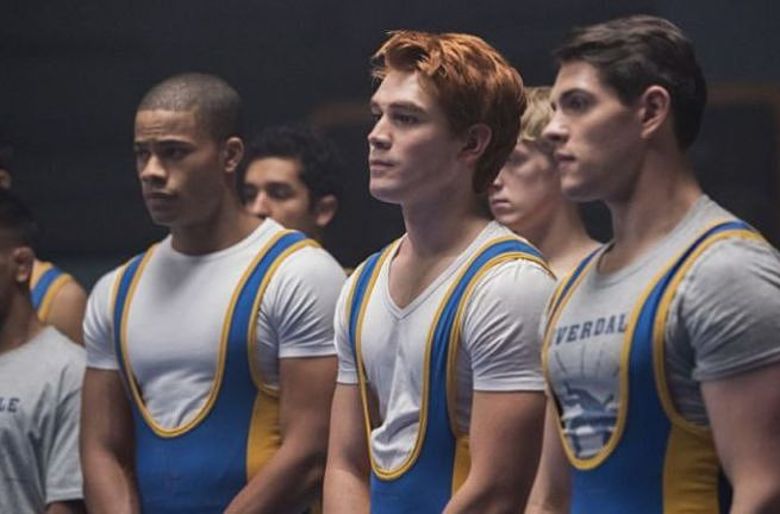 And maybe that’s the real flaw here. Last week I complained about the show having too much going on, and now, perhaps, the show has too little. This week’s episode, while addressing the many things happening in each of our characters lives, doesn’t actually do much in terms of developing story. Literally the issue Betty tries to tackle is building trust with her brother, and it’s just scenes of Betty’s dad not liking her brother, still not liking her brother, Betty trying to be nice to her brother and him not accepting it, Betty’s brother still not accepting it, everything is just the same scene reiterated over and over, just in various settings, until we finally get to the end, when, in a really strange logical jump, Betty decides that the darkness inside of her can be quelled by learning to do online porn videos like her brother.

Meanwhile, Archie is doing this weird psychological tango with Veronica’s dad that literally just feels like an excuse to get all of the boys in wrestling uniforms. Which, I guess I shouldn’t really complain about, but it does feel like a cheap grab for more teen viewership if there ever was one. 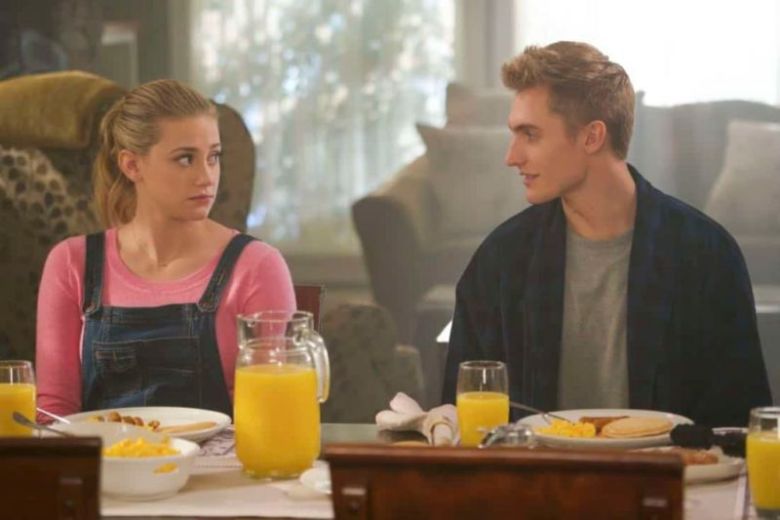 And Jughead is still the only one whose story arc in this episode has any substance. He learns that Toni’s family are part of a tribe that predates the serpents, whose absolute slaughter to pave way to the founding of Riverdale is what birthed the serpents in the first place, as a way to protect their heritage and themselves from more racial violence and injustice. Of course, when Jughead learns the truth about the town’s history and its violent founding, he is up in arms and wants to do something about it, so he writes an article letting the entire town know. However, he then learns that it wasn’t his story to tell, adding another layer to the education of Jughead Jones (and hopefully Riverdale’s white viewership).

Honestly, I think maybe the problem I’m encountering with this show more and more is this: the episodes have started trying to divide up the storylines evenly, so that each character gets the same amount of screentime in each episode. Plus, the issues that Archie, Veronica, and Betty deal with seem frivolous by comparison to the ones Jughead encounters, because Archie’s, Veronica’s, and Betty’s lives are deeply ingrained in the myth and drama of the world of Riverdale, while most of the issues Jughead has encountered are more relatable and worldly issues superseded by his low-income origins.

It just feels unbalanced, and I’m really hoping the show can center itself and get back on track, but it is one that I do enjoy watching – or, at least, have really enjoyed watching in the past.