Riverdale is back this week with higher stakes and more sinister developments in “Chapter Twenty-Six: The Tell-Tale Heart.” After a few weeks of wandering storyline, the show seems to have finally, maybe caught its second wind with this episode.

I’ve never been a huge fan of split season arcs; it seems to be the format that shows often devolve into when they’re either worried about not getting a back nine pickup or they’re nervous about keeping the audience’s attention for a full season. Veronica Mars’s third season was set up this way, simultaneously making it the worst of the show’s seasons, and Once Upon a Time reverted to this format after its second season, and while that show managed to turn the format into something somewhat tolerable, seasons three and four are notably the weakest of the show (full disclosure here: I haven’t seen any of season 7 and I’m only halfway through season 6 at this point). 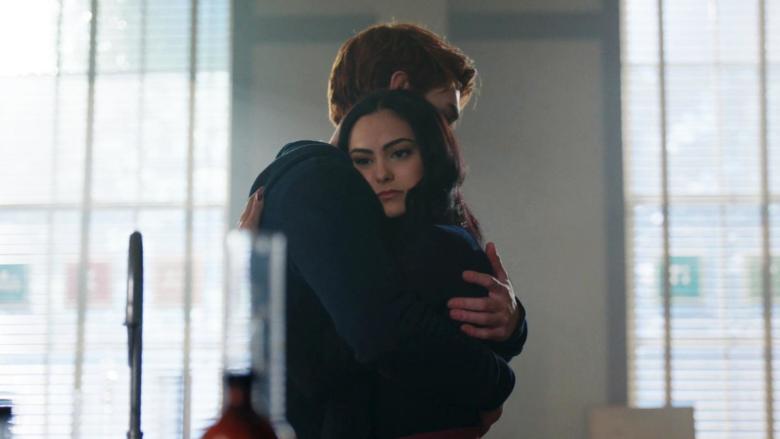 I say all this simply to preface my disappointment at Riverdale for seemingly deciding to take the split season arc route. At this point it seems as though the Black Hood storyline is truly gone for good, and we’ve moved on to further conflict developments elsewhere. (Though I do have one pretty scandalous theory that could tie in the Black Hood to the show’s current dramas, but I’m not sure it would make much sense at this point.)

However, despite my disappointment that the show has chosen what I consider to be the clunkiest seasonal format, I do have to say that, if we’re going to be done with the Black Hood for good, then the problems this episode lays out for us manages to make up for it by offering us equally high stakes conflict, secrets, and turmoil. And, perhaps since this is Betty and Jughead rather than Archie and the forefront of the problem, we won’t have to sit through another silly Red Circle scene. 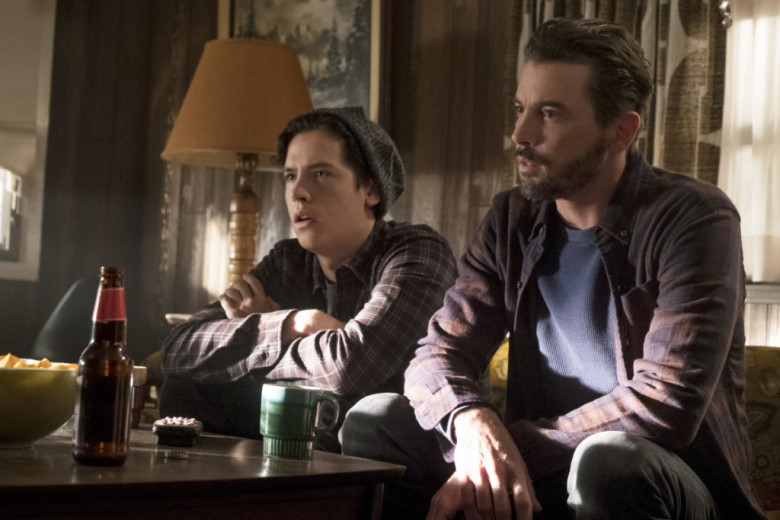 I’ll also stand by what I’ve said before about this show, and what becomes even more apparent in this episode: the show works best when Betty and Jughead are at its center, taking the lead roles in the show and its drama. Veronica, while offering some intrigue with her mob-like family dealings, always seems more reactionary than interesting, constantly trying to take the high road and winding up putting out more fires than starting them and solving all of her problems with silly high-school solutions like “Model U.N. methods,” and Archie is so naive and gullible that any high stakes conflict he’s a part of almost feels like a joke. Really and truly, Betty and Jughead are the only characters dynamic enough to pull off some of the more fantastically dark aspects of this show and not make it seem like ridiculously misplaced drama.

That said, let’s talk about how creepy Chic is becoming. He’s well cast, first of all. Though other than his blonde hair he doesn’t really look anything like Alice or Betty, his high cheekbones and hollow eyes give him that growing sinister look that makes it so that all he has to do is smile ever-so-slightly to make it look as though he’s evil. Second of all, it seems as though he’s perhaps turning into a puppet master, getting Betty’s mom to do desperately bad things for him, and slowly tearing the Cooper family apart – thought to be honest, the Cooper family was on thin ice to begin with. And now he seems to be obsessing over Betty’s dad, and the suggestion at the end of the episode is that perhaps Mr. Cooper is at risk of falling victim to some sinister plan from Chic. Of course, knowing this show, nothing that extreme will come of this suggestion left for us at the end of this episode. 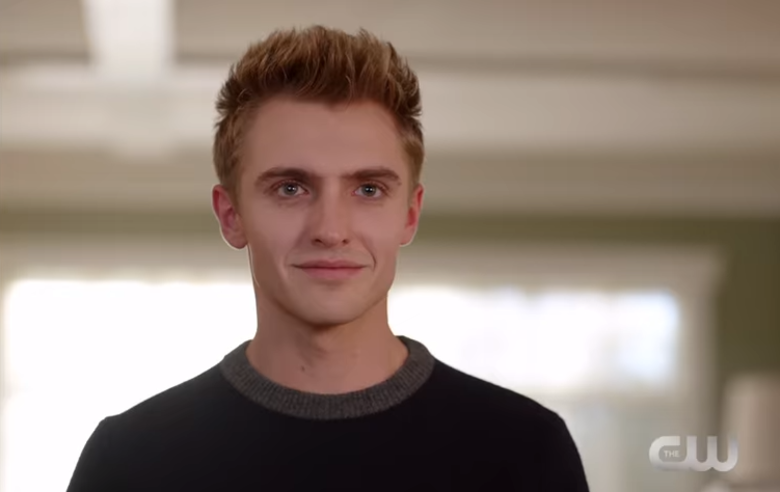 I will mention that something that’s really surprised me coming out of this season is how sympathetic Alice Cooper has become. Honestly, I never thought that woman could come off as anything other than crazy and vindictive, but holy cow, I actually sympathize for her in this episode. It’s a huge change and one that I find fascinating.

Oh, and finally, we’re done with the FBI storyline, which seemed off from the beginning, and thank goodness it finally gets explained as to why that is. I’m so glad that storyline is over. It felt extremely silly, as does most “serious” things Archie is involved with, unfortunately.