Riverdale takes a new approach in this week’s episode, “Chapter Twenty: Tales From the Darkside.” And it certainly is very dark, that’s for sure. With old threats and new entanglements, our characters find themselves in frightening positions of deception and betrayal.

The episode tries something new this week, with an old-Hollywood, silent film-esque introduction and title cards, as well as a three-part story told in isolated, linear segments that coexist only in the points where the characters all converge into singular scenes. But there isn’t any jumping from character story to character story throughout the entire episode, so everything feels somewhat like a mini bottle episode. 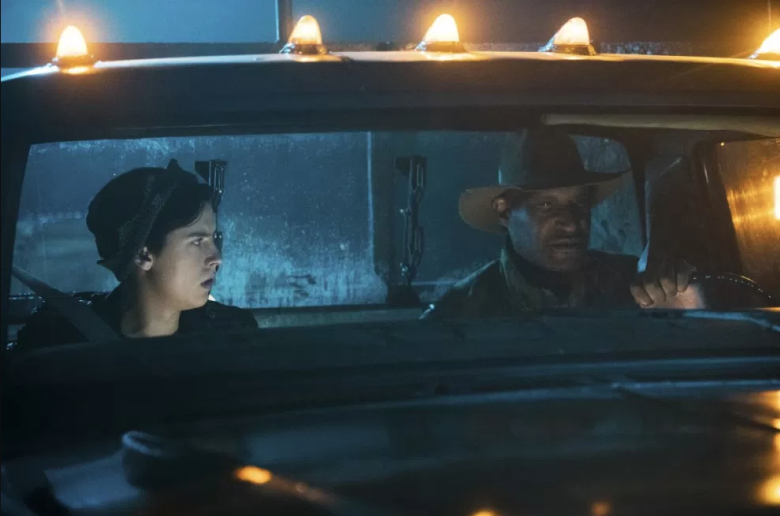 It’s an interesting and somewhat random choice, and while it does what it wants to do – build suspense – pretty effectively, I’m still wondering what the main purpose of the change was. Just for fun? Because the show can? Because it conveyed the tone of the story better? I’m not sure. This entire show is built upon a world of choices that don’t feel very clear, yet create a visually interesting and unique backdrop for the dramatic tensions these characters face. For example, the setting feels very 50’s – Pop’s diner, the retro cars, gangs challenging each other to street races. Yet at the same time, the show is very modern – everyone has cellphones and laptops, the clothing is very modern and what the 50’s would call “immodest.” The contrast between these two things makes for a very unique world in which no realistic reality would take place. Instead, the effect is that we’re immersed into Riverdale, which is its own special world with its own special rules and its own special backdrop.

One thing I’m very happy about in this episode is how much screen time we get with Josie. Josie is in all of the promotional pictures and advertised as though she is just as much part of the ensemble cast as Cheryl is, yet Josie maybe shows up as a background character in three or four of the episodes a season so far. This episode, she got to have her own through-line, and it was incredibly awesome to watch. Josie, like Cheryl, is a total mean girl, but, unlike Cheryl, Josie is not a manipulative mastermind. This makes her far more sympathetic relatable than Cheryl, and gives us an opportunity to really root for her success. 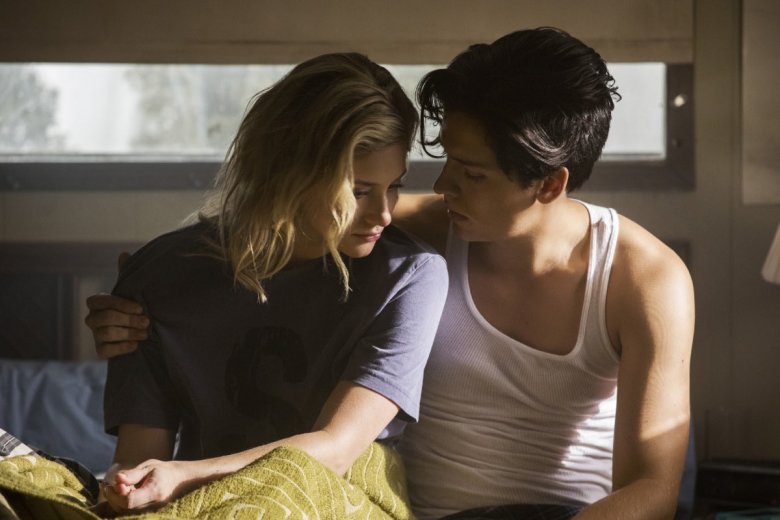 This makes her storyline really interesting to watch as we see her attempt to navigate a budding friendship with Cheryl, practicing for a solo opportunity at a recording studio, lose the trust of the Pussy Cats, and get courted by a suspiciously “changed” teenager. It’s interesting in a different way than Cheryl’s storylines are interesting – with Cheryl, it’s always a matter of deception, and the intriguing part of watching her character is trying to figure out the emotions behind the words, and subsequently what is motivating the words – deception or vulnerability?

With Josie, it’s entirely a matter of wanting to see the good in Josie win out over the bad, which we know she’s developed as a defense mechanism to her mother. And in this week’s episode, we get to see a lot of that struggle as Josie finds herself dealing with a creepy stalker and a far too-overprotective mother. 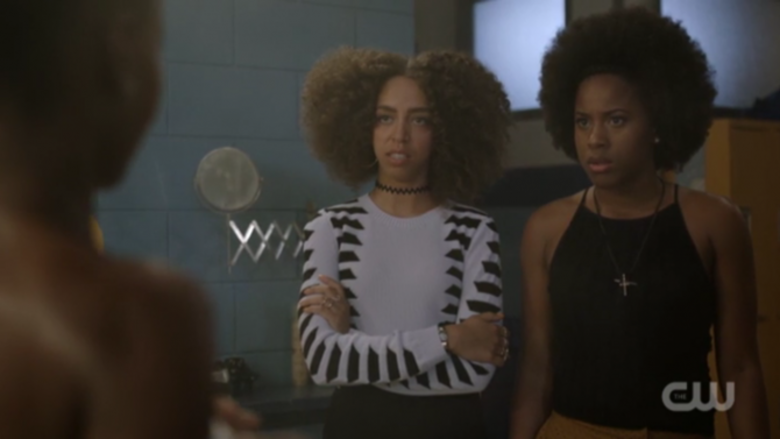 I will mention that Betty and Veronica’s storyline felt a little out of tone with the rest of the episode. While Jughead’s storyline involves him dealing with a very illegal, morally questionable, and tumultuous task and obligation to another Southside Serpent that launches him into the dark world of Greendale and super creepy people at night, and Josie deals with the tension of someone possibly stalking her, particularly at night at the school, Betty and Veronica are doing what they always do – investigating leads. But it’s not the same sort of stakes as what Jughead and Josie both deal with in this episode. The total turmoil and tension isn’t there. Even the music orchestrating their storyline is more upbeat than that of Jughead and Josie.

Overall, though, the episode offers a really unique and intensely suspenseful hour of storytelling for the show. Before I spoil anything more, I’ll simply tell you that I highly recommend you go and watch it now, if you haven’t already.