Tweetable Takeaway: Chicken George returns to England after some two decades, and picks up with his family during the Civil War on the final night of #Roots
Tweet

2016’s ROOTS had to do in four nights what the original Roots did in eight. Not easy. A lot of the time the show manages, like in night three’s especially focused and well-paced episode. Night four, which aired last night, tries to bring the saga to a satisfying conclusion. Unfortunately, this episode suffers most from the constraints put on the show.

We catch up with Chicken George more than two decades after his detour in England. He’s eager to get back to his wife Matilda and the rest of his family. He reaches the Lea plantation, and finds it in total disrepair. Tom somehow is still around, but the once vigorous man now housebound. Chicken George finally tells his father and former master off, and sets out to North Carolina, where he tracks down his family.

This homecoming was the best part of “Night 4” and one of the better moments in the miniseries. George arrives on Benjamin Murray’s (Wayne Pere) plantation a free man. George not only has children but also grandchildren. The large family has (mostly) managed to stay intact and strong. The Murrays won’t let George see Matilda until the day is done. Despite another cruelty, the couple handles the whole situation with grace. A series of jump cuts show the pair watching each other at a distance from various parts of the plantation. After a while, it seemed less like the two were being kept from each other from some outside force, and more like they were getting to know each other all over again— carefully courting before diving back in.  It was just a great moment that revealed the way enslaved men and women, despite it all, found a way to keep on.

These initial scenes also work well because they address something I complained about in “Night Three” with that other free black man Marcellus. As soon as George appears on the Murray farm, there’s already tension and conflict. Murray’s son Frederick (Lane Garrison) has it out for George and we get a sense that George is in real mortal danger just being there. Soon this escalates, when Frederick and others note a statute that says that if a free black man is in the state for more than ninety days, he’s not free anymore.

Unfortunately, this juicy set up is immediately paid off. George’s eldest son Tom, a skilled blacksmith who is ambivalent about his absentee father’s sudden return, overhears this discussion and reports back to his family. George has to leave the Murray farm and his family once again. This is one of several examples where setups and payoffs happen at an arm’s length from each other, totally ruining what could’ve been a slow and interesting build. As a result, I often felt like I was watching a series of events more than anything else.

For a while, the episode cuts back and forth between George on the run and Tom and the rest of the family’s life back at the plantation. George gets swept up in the Civil War and fights for the North. He meets another former slave Cyrus (played by rapper T.I.) and they fight for the Memphis Colored Battery, a unit I had never heard of. Later, these brave men surrender only to be gunned down anyway, while their white allies are spared. 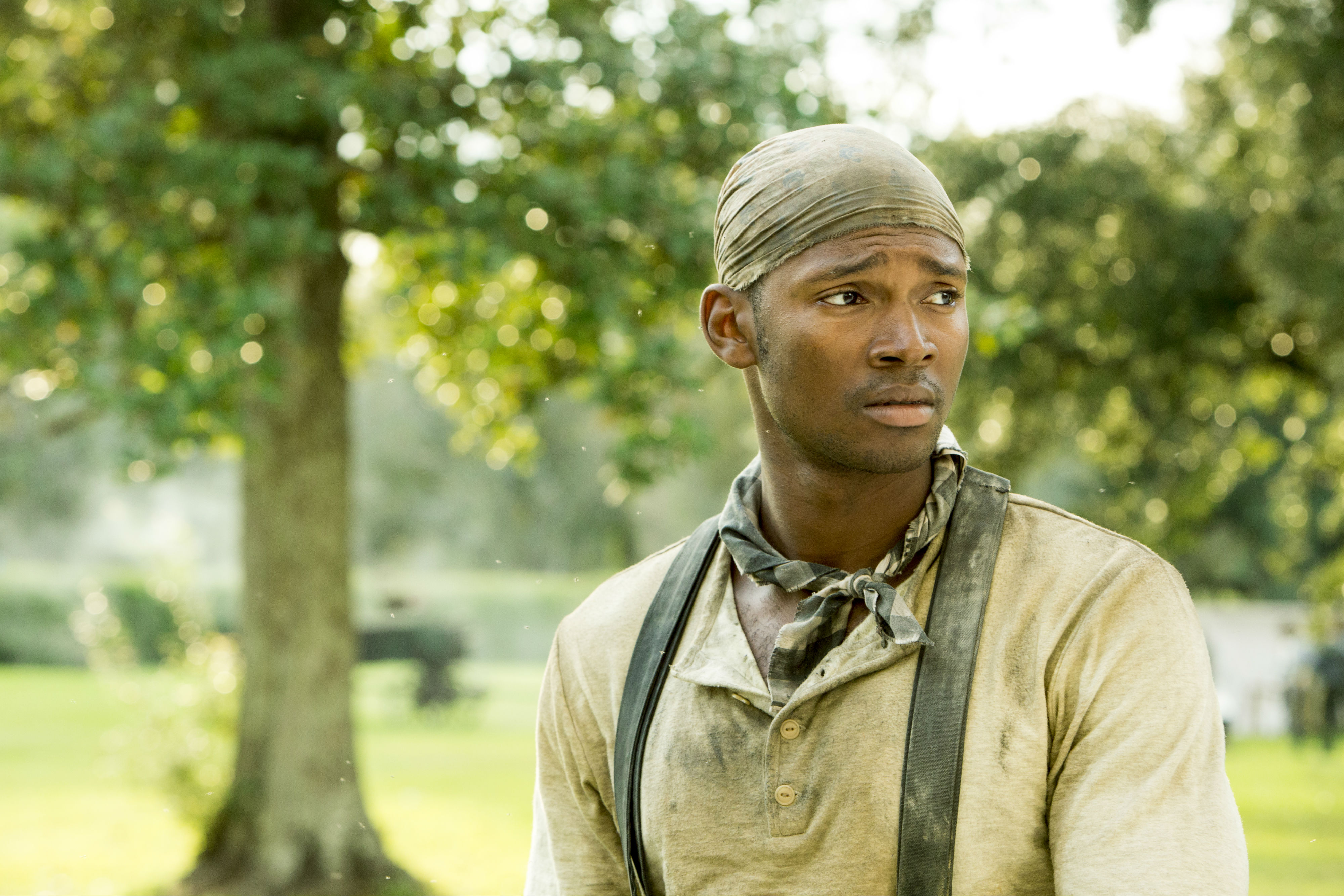 Back at the Murray plantation, Tom meets with Nancy Holt (Anna Paquin) and Jerusalem (Mekhi Phifer). Nancy is married to Frederick, and totally has him wrapped around his finger. She also happens to be a union spy, something that develops rather quickly when she asks Tom to help with a plan of sabotage. The plan goes south and in an arresting scene, both Jerusalem and Nancy are lynched. Again, it just didn’t feel like there was enough distance between these individual moments and the elaborate plan seemed to go south not too long after it was devised.

The war ends and (spoiler!) the south loses. But things don’t seem much different for George, Tom, and the rest of the family. George eventually returns to the Murray plantation for his family. Benjamin Murray seems fine with letting the family go but his hotheaded and petty son Frederick refuses. Frederick embodies the many who birthed Jim Crow not too long after. Frederick draws a gun but so does George, cutting the man down and leaving at last for freedom.

While I wasn’t that satisfied with the last night of Roots, overall there are a lot of things I appreciated about the reboot. One other thing I haven’t mentioned yet is the lack of a stock Uncle Tom character. Despite the show sometimes feeling rushed, Roots 2016 really tried to develop complicated characters. Even slaves who seemed to only be looking out for themselves like Mingo and to some extent even Chicken George, showed us why they were forced to sell out and eventually evolved, too. Roots 2016 also seemed to place a strong importance and storytelling in memory. The show ends with narrator Alex Haley (Lawrence Fishburne) stepping into the past and essentially meeting all of his ancestors going all the way back to Kunta Kinte. Part of me felt like this was heavy-handed, but I also thought it kind of worked.

History’s Roots reboot is in the books.