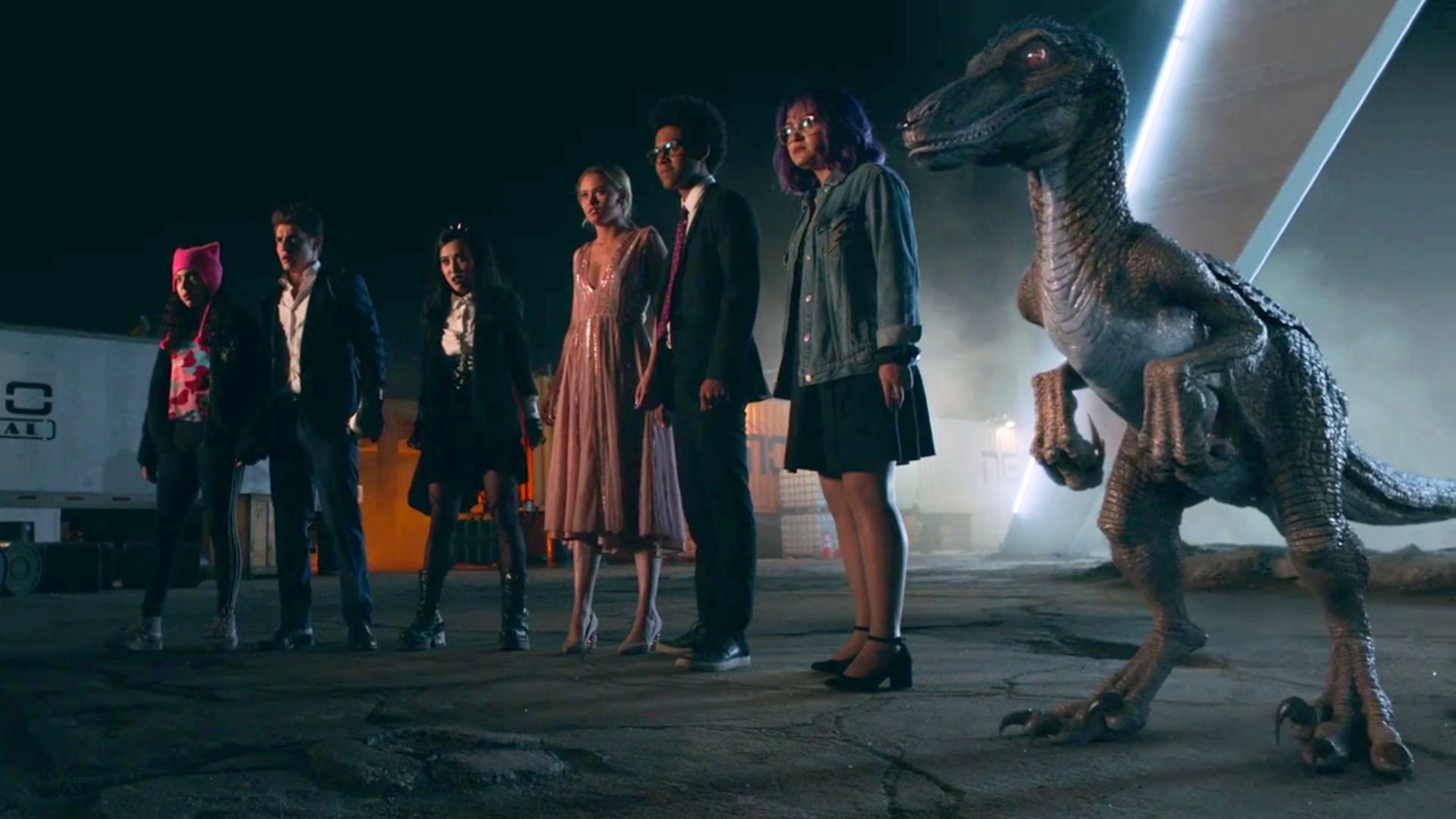 The season finale of Runaways offers plenty of twists, intrigue, and developments providing effective closure for the main storylines of the season while setting the stage for another chapter. It accomplishes everything that a season finale needs to do while keeping the same pacing and pathos that made the series so great overall. By the end, all the kids are even actually runaways, which makes it all the more satisfying.

The big confrontation between the kids and their parents that we ended on last week is almost immediately interrupted by Jonah. Jonah is such a creep and it’s still not clear what exactly his intention is, but it is clear that it’s not good. His actions even vindicate Pride for a lot of their more despicable behavior because they were doing it all on mistaken presumptions. I’m still in awe of the fact that dopey, ineffectual Frank immediately allied himself with Jonah but it fits so perfectly with his character that it’s easy to accept. It just makes it all the more creepy! We still don’t know what Jonah intends to do with Victor but it obviously can’t be good and probably has catastrophic consequences. I feel like there’s a volatile Zombie Victor that they’re keeping in reserve for something crazy down the line and I’m excited. 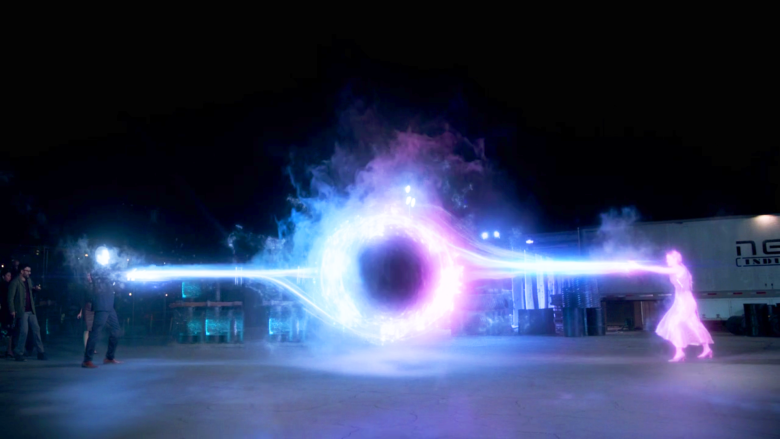 Another thing that I really liked about their parents in this episode is that it was made clear that they all thought they were doing something good to save the world. The Wilder’s in particular emphasize the belief that whatever is at the bottom of the hole they’re digging is a clean, renewable energy source that will change everything. The Yorkes are intent on figuring out a way to kill Jonah on their own and discover that whatever is at the bottom of the hole is actually alive. Even the Minorus get vindicated when Leslie tells everyone that it was Jonah who killed Amy and herself who killed the Hernandezes. I find it deeply satisfying that the “evil” murder cult parents aren’t actually as evil as their kids perceive and all were tricked into horrible actions by Jonah. Even Leslie recognizes that her love for Jonah was actually a way of him manipulating her into doing terrible things in service to his agenda.

They all join forces to work on a plan to kill Jonah and stop whatever apocalypse he’s trying to bring about. The Wilders decide to try to find Alex and the other kids on their own and don’t join in on the Pride plan. That said, I’m pretty sure that either they or Jonah just framed all of their children for murder. It’s a stroke of genius on their part and a brilliant narrative twist, but holy moly! That’s a bit of an extreme way to get your kids back. It’s also not entirely clear if Leslie is actually genuine or if she’s playing everyone to further Jonah’s cause. I’d like to believe she’s genuine. Finally, Dale and Stacy are still my favorite thing. They’ve been dubiously good since the beginning, but I love how fierce Stacy is and how sweet and dweeby they are. Awkward MCU scientists for the win, always. 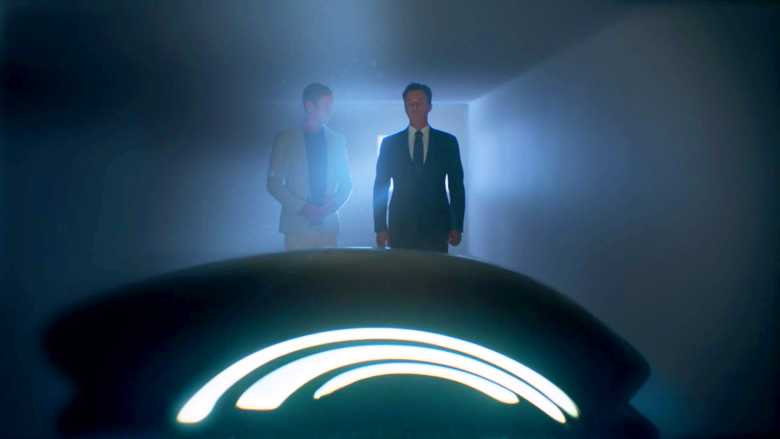 The bulk of the actual plot of this episode is Gert, Molly, Chase, Alex, and Nico trying to rescue Karolina from the Church of Gibborim and Jonah. They actually do quite well at their mission on their own, finding one of the Gibborim lackeys and convincing him to help them when they infiltrate the church. Every single one of them got to use their powers in useful ways except for Nico and Alex–Nico because her mother took the staff and Alex because I swear his power is computer hacking. That said, they still were both very important to the story. Nico insisted on going back to find Karolina because she had risked her life to save them all, while Alex teams up with his dad’s friend Darius from his gangbanger days and gives the kids at least one ally. I like that Darius has a purpose besides being a generic, kind of racist portrayal of a gang member. Rather than just set dressing, he’s turned into an ally. I also loved that they all hid out in Griffith Park which (for those who know nothing of LA) is a gigantic patch of wilderness smack in the middle of the Los Angeles metro area. It’s also home to a single, famous, quite beloved mountain lion called P-22 which was what Gert was talking about when she told her dinosaur to make friends with the mountain lion. Griffith Park is probably one of the few places you could effectively hideout in Los Angeles if you’re on the run from your omnisciently powerful parents and I’m quite fond of the park myself so that felt like an unintentionally personal touch. And Gert named her “emotional support dinosaur” Old Lace! I almost cried, that’s all so ridiculous and perfect.

The relationships between Chase and Gert, and Nico and Karolina were also nicely addressed. It’s clear that Nico returns Karolina’s feelings just by the way she reacts when Karolina stays behind to give them a chance to escape. Then Nico is the go-between for Chase and Gert by getting Chase to open up about his own feelings and then letting Gert know that she can accept her own without worrying about being hurt. Once they get Karolina back, Nico is the one who goes to her and initiates their kiss. I love these relationships because they’re teenage dramatic, but they’re not dripping with contrived situations and miscommunications just for the sake of narrative conflict. They all get to resolve their unrequited feelings and move their relationships forward, ready to face new challenges. It makes watching their emotional journeys a pleasant experience rather than a torment. 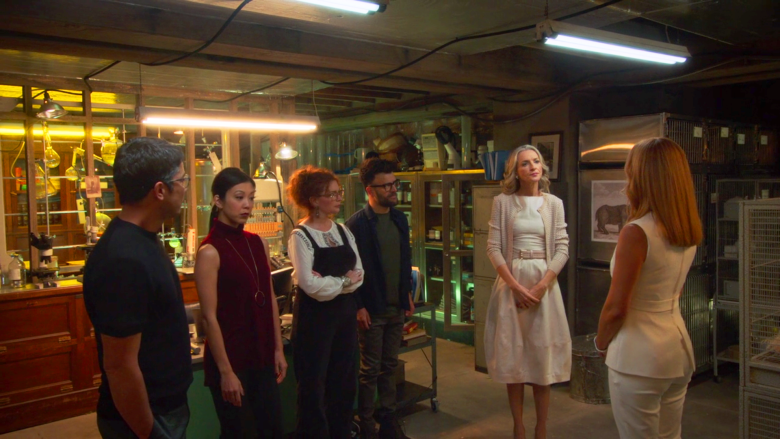 Overall, this entire show is fantastic. It functions well as a standalone story but also is woven well enough into the MCU that it hits all my little geek buttons too. The stakes are high enough that there’s plenty of tension, but not so absurdly outlandish that you know the outcome is a foregone conclusion. The television shows tend to falter when they try to play with world-ending consequences because nothing in a TV show could ever end this world. Runaways is skirting that edge but is doing so in such a way that I genuinely believe terrible things could still happen if our heroes fail. I’m so sad that this season is over because watching Runaways every week was one of the things I most looked forward to. That said, I’m using the fact that the season is only 10 episodes is part of what makes it so tightly written and enjoyable. I’ll just consider this one of those “indulge in moderation” parts of life. Luckily, the series was renewed for a second season like yesterday so it’s all good!