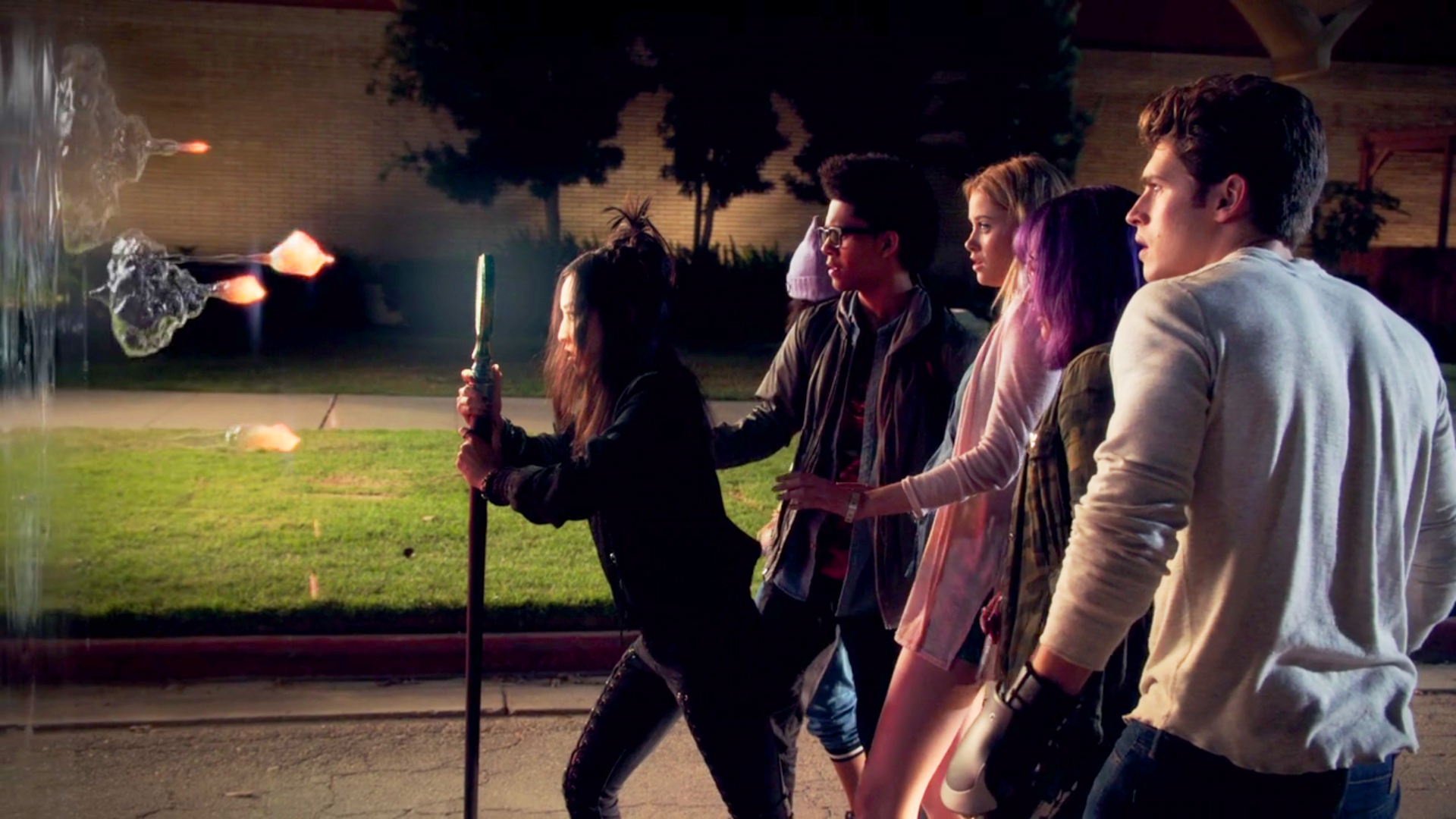 Listen though: I think MARVEL’S RUNAWAYS might be one of my favorite shows on TV right now. It’s a brilliant mix of mystery, superpowers, and teenagers navigating their identities and it treats every aspect of its story with such respect and care that all of it is compelling.

A few different plot lines crash together in this episode as the group is suddenly faced with a moment when they need to prove themselves. Together, they need to rescue Alex and to do that they have to make dangerous choices and accept their powers as important parts of who they are. Alex was kidnapped by his father’s old gang ally in an attempt to make Alex’s father pay for doing him wrong. His father goes to find him, but just starts shooting everything up. It’s Karolina, Gert, Molly, and Niko who truly rescue him from captivity, with some last minute help from Chase. Molly uses her strength to stop the car, Karolina shoots light beams from her hands, Chase uses his gauntlet things to get the guys to back off, and Niko protects them using her weird staff. They all work together, keep their powers still a secret from their parents, and learn that they might have the strength to counteract their parents seemingly omniscient wishes after all. Later, when they pause to process what’s happening to them and what they might need to do, Molly even calls out that Gert can control a dinosaur. Alex is the only one who I’m not sure what his powers are, and for all I can tell he’s like a super genius computer whiz which is plenty enough of a superpower for the MCU. 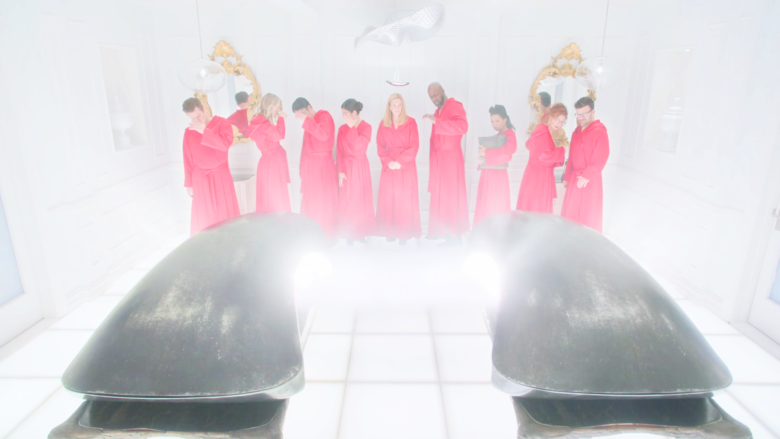 Their parents are a different story. Alex shot one of the younger gang members in order to keep his father safe, and his dad takes the kid and brings him to The Pride to use as a sacrifice. The magic box actually works this time and somehow the sacrificed kid restores the pale, flaky, weird man in the Gibborim cult-bed to a nice human-looking state. Karolina’s mother has been fussing over this guy since the beginning and I’m guessing he’s some kind of alien or something. The implication is also that he’s Karolina’s father? So I guess Miss Sparkles is an alien too which makes sense. Part of the great mystery of this show is why their parents are doing this, what they’re getting out of it, and how all of this relates. The writers are doing so well with it that I just keep screaming “NO, TELL ME!” at the television which is always a mark that something’s hooked me in good. The nicest touch of this episode is how many of their “horrible” parents end this installment on a positive interaction with their kid. Niko’s mother isn’t mad when she catches Niko with the staff and tells her to keep it for the night which is the opposite reaction that both the audience and Niko would expect. Chase’s dad admits to his son that he’s suffering from brain cancer and they hug and keep trying to work on their engineering projects together. The two most seemingly unempathetic characters amongst the parents are suddenly kittens and it’s jarring and confusing especially when you juxtapose that with the fact that they’re in a weird murder cult. I love the depth that it adds to the story and the struggle it forces upon the kids to reconcile all these emotions and assumptions about their folks.

I am still as “nope” as they come on this season of Agents of SHIELD, but I most assuredly screamed at the top of my lungs when Victor and Chase Stein made a time machine that can see the future. (For y’all not keeping tabs on every single speck of the MCU like, ahem, some people: all of the SHIELD agents save one have been transported 90 years into the future and the entire Earth has been destroyed during that time. That’s it. That’s the plot.) Yup, Los Angeles crumbles to the ground for some reason in the Stein’s viewer but whether that has to do with the Runaways kids, SHIELD doing something awful, or Thanos destroying everything remains to be seen. There’s a bit too much world-ending peril going on in the MCU for me right now, to be honest. That’s just too close to home. That said, get all these things to connect somehow and I’ll probably be back in my cult-like adulation of the whole endeavor. 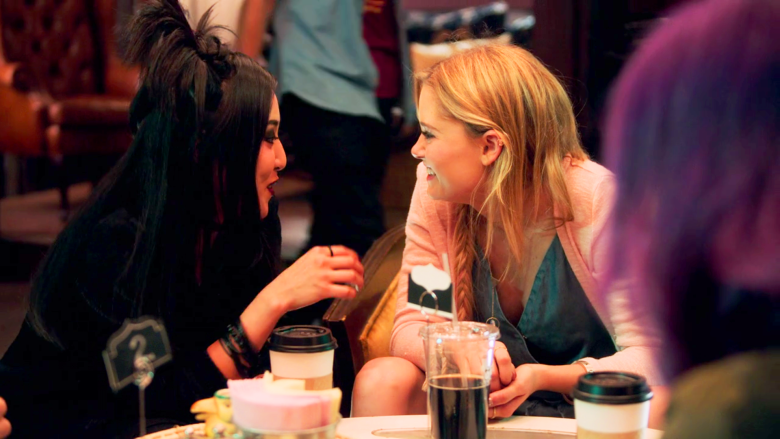 I have seen a few complaints about Alex’s parents being ex-gangbangers and Karolina’s main story so far being that she was almost raped. Those are legitimate concerns but it feels like a “baby steps” thing to me. It’s hard for a mainstream pop culture text to leap from the status quo straight to the most perfectly unproblematic presentation that anyone could dream of. I’m given to understand that Karolina is a lesbian in the comics and that queerness started to shine through beautifully in this episode. She clearly has a thing for Niko and Niko seems to have at least a little spark back in her direction. Alex’s father being an ex-Crip is more troubling but this episode also got more in-depth into his background. Yes, it’s tiresome that so many major black characters are ex-cons and not just folks, but I’m also given to understand they took the gang past from the comics as well and are using it as a nice point of conflict in the television series. Could they have taken that element of the original canon and done better with the adaptation? Absolutely. That said, Runaways is so compelling and well-written that I’m willing to forgive it a few of its more basic choices. None of them are too egregious and it’s handling sensitive topics with adequate concern.

Niko and Karolina also brings me to how much I love all of the relationships between the teenagers. They’re all friends and their personalities are so well developed that the interactions between each subset of them are completely unique. Niko and Alex obviously like each other in a romantic sense, but Niko and Karolina have something going as well. Chase has an understandable crush on Karolina which she just doesn’t care about, and Gert has a crush on Chase while Chase thinks of her as a buddy. What could easily devolve into cheap drama stays a pleasant, flavorful undercurrent because their relationships aren’t the story they’re a part of the story. The six of them interact because they are working towards a common goal, trying to stay safe and save others. Their relationships grow through those interactions rather than being the sole reason for them. I love it. It’s like the gold standard of writing interpersonal relations for me right now. 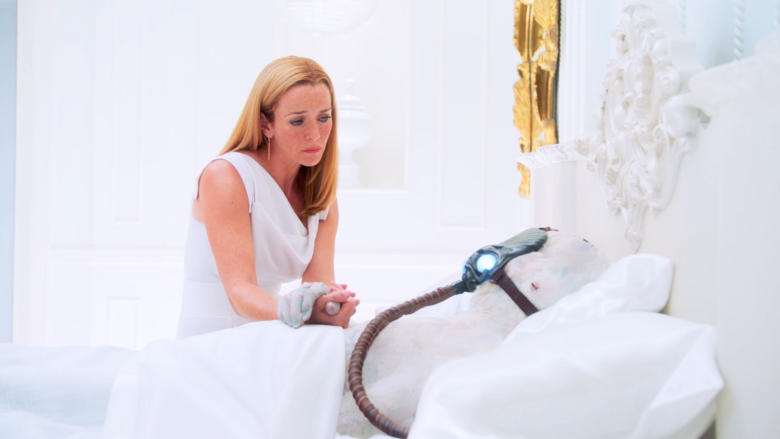 This whole show is fantastic. Even the most dire situations leave me intrigued and excited rather than upset or anxious. I love the tone, the aesthetic, and the storytelling style. Everything about it is so much fun. It’s been that way since the beginning and it’s stayed that way so far. Watching Runaways just leaves me with a huge smile on my face.