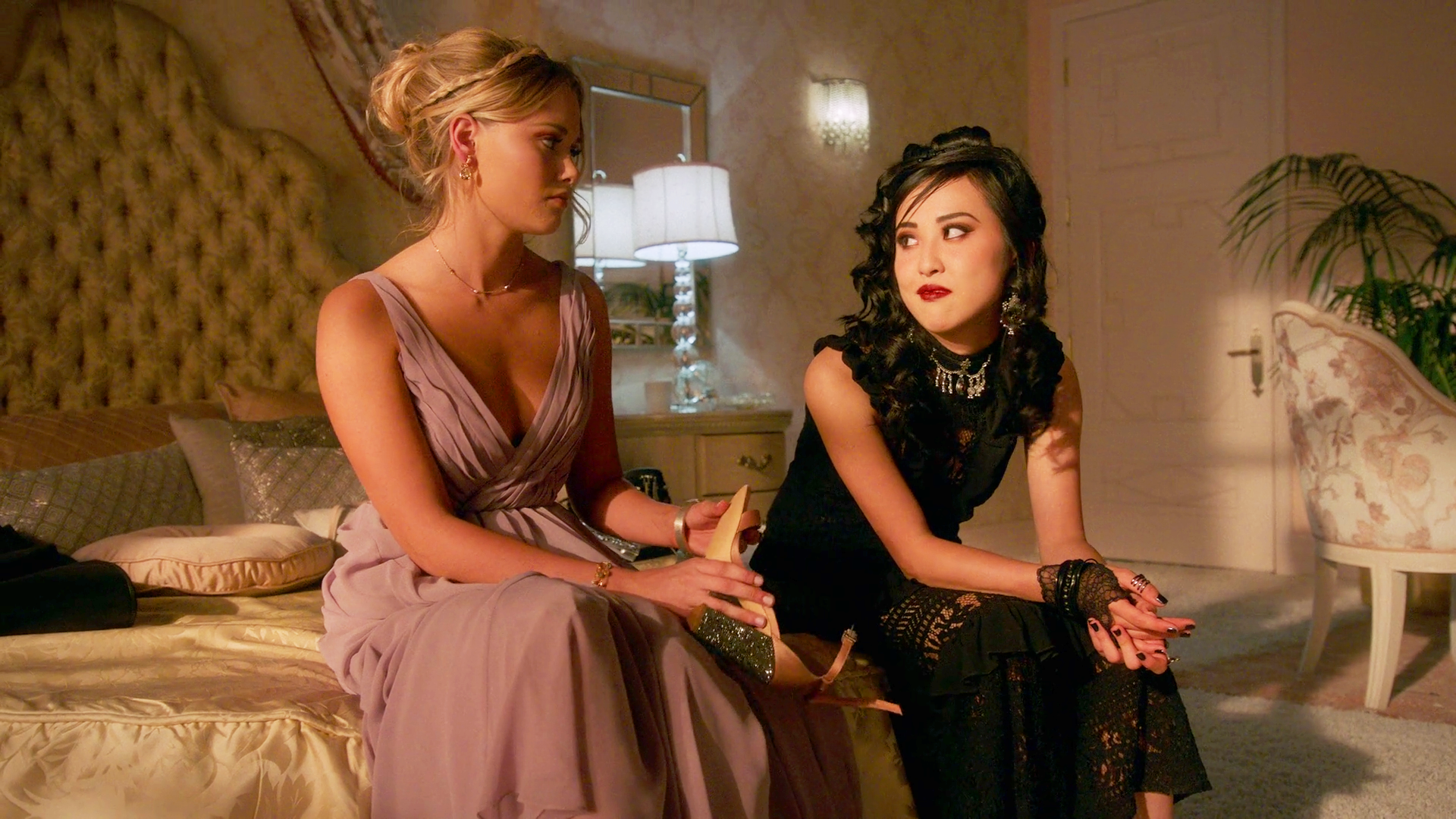 Runaways continues to excel with “Metamorphosis.” All of the teenagers and their parents must go to a fancy fundraiser party for the school that the Pride is building. The kids take the opportunity to sneak into their parents’ private files and try to get definitive proof of the crimes that they’re committing, while all of their parents have to deal with the consequences of their personal secrets coming to light in highly public settings.

This episode is almost entirely fallout from the various strained interpersonal relationships in this show and it’s excellently done. Whatever way each kid felt about their parents at the beginning of the series, that’s basically flipped at this point. All of the teenagers have to contend with their swiftly changing, confusing feelings about their folks as well as their regular teenage romantic troubles. The fact that they all get space to process the things that they’re going through makes this a particularly rich and enjoyable show to watch. That they all have some kind of superpower is cool and fun but mostly incidental. 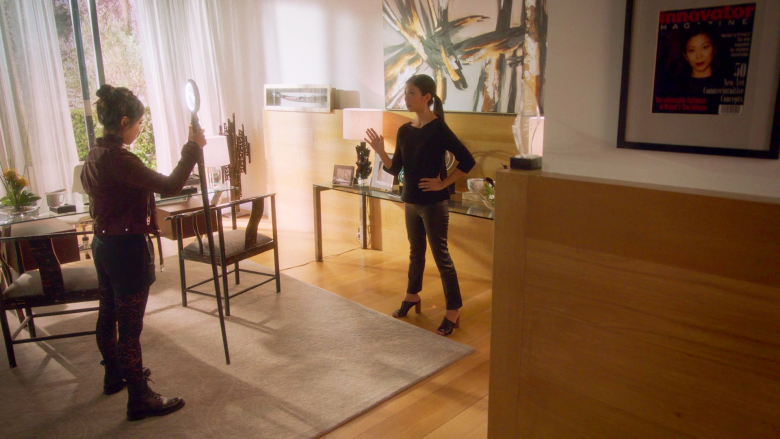 The episode starts with Niko, Chase, and Karolina having to navigate the changed relationships with their parents. Niko’s mother teaches her how to use the magical staff that only the two of them can use, while Chase and his dad work on his power gloves project together. Those two grow closer to their parents while Karolina pulls further away. The nice thing about this show is that, yes, it’s six teenagers figuring out that their parents are in an evil murder cult, but it allows their parents to be their own fully developed characters as well. That’s quite an achievement given just how large the cast of this show is. Tina in particular gets some nice humanizing moments in this episode when Niko and Alex secretly catch her sobbing in her office after she discovers her husband is having an affair. Of the teenagers, I feel like Karolina had the best growth here as she spent her life completely wrapped up in the Gibborim church and has just discovered that the entire thing is the dangerous religious cult that everyone always said it was. She worries that her newfound powers might be as evil as everything else that she’s just found out, but Niko tries to assure her that that’s not true. They are their own people, not their parents, and it matters what they do and what they choose. I love that. People shouldn’t be defined by their parents or by the things that have happened to them in the past. Characters finding their own identities is a narrative that needs to be presented more often, and Runaways is spot-on in the way that it’s letting all the characters question and explore themselves. 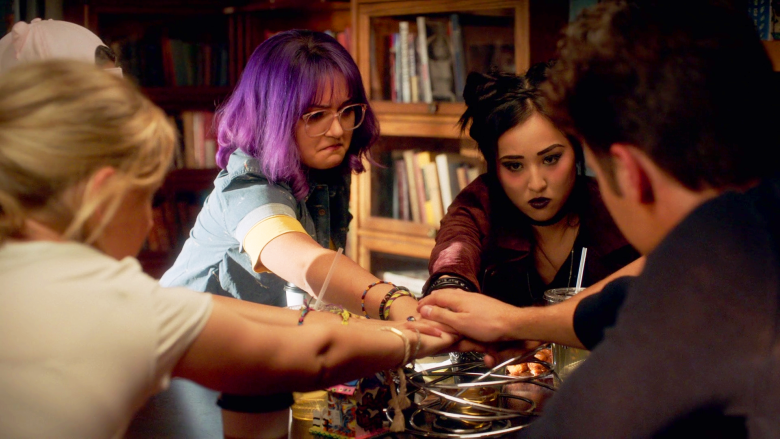 The other thing that I find surprisingly wonderful about this show is all of the romantic relationships. Pretty much everyone is in some kind of love triangle (or square, or like octagon, I don’t even know.) Yet each relationship is so carefully tended that they’re all equally rich and intriguing. Karolina’s attraction to Niko is absolutely my favorite and I’m completely here for it. They have great chemistry, are adorable, and are good friends on top of having an obvious connection. They also keep supporting each other very well through really difficult changes in all of their lives and the way that they interact is gentle and loving. Yet even while Karolina and Niko are fantastic, Niko and Alex are just as great but in different ways. Meanwhile, Chase’s crush on Karolina gets to the point where he kisses her after she nearly falls off a building, but the look on Karolina’s face clearly says “yup, I’m super-gay.” Even Gert’s confronting Karolina about her homosexuality is done well, as Gert is too blunt in her approach to a sensitive topic and Karolina lashes out in response. Karolina poking Gert’s sore spot regarding Chase is an ironic play on the “women as adversaries” trope but it’s also done in such a way that it’s clear she’s just try to hurt Gert to cover up her own pain and confusion. I’m genuinely impressed with the way this show is handling LGBT issues. Karolina isn’t the first queer character in the MCU but she’s definitely getting the best treatment on the subject so far.

The science in this series makes me so happy. It’s the exact flavor of MCU world-building that I love the most. Victor explains that the glowing box they keep putting people in converts matter into energy that can be absorbed by humans which adequately explains how that whole weird transfer is happening. Jonah, the formerly super wrinkly pasty thing in Leslie’s bed at her cult church, has been restored to functional human health and lords over the Pride a bit about how much they owe him. Since he’s supposedly Karolina’s father, I’m pretty sure he’s some kind of alien. This episode gives a bit more backstory on how Jonah got a few of the characters into the Pride, but mostly it makes clear how much power he has over them. By the end, it’s clear that he needs a few of them as well as he injects Victor Stein full of some kind of wonder drug synthesized from mysterious DNA that instantly cures his brain cancer. I am here for that. The other bit of perfect science is that Tina’s magical staff isn’t magical at all. It was developed by Wizard Labs (her tech company), is keyed to her DNA, and syncs with her nervous system to read her mind and do whatever she wants. That’s plenty enough explanation of a magic staff for me, and it’s also a great explanation for why Niko can use it that doesn’t rely on tired speeches about magical legacy. 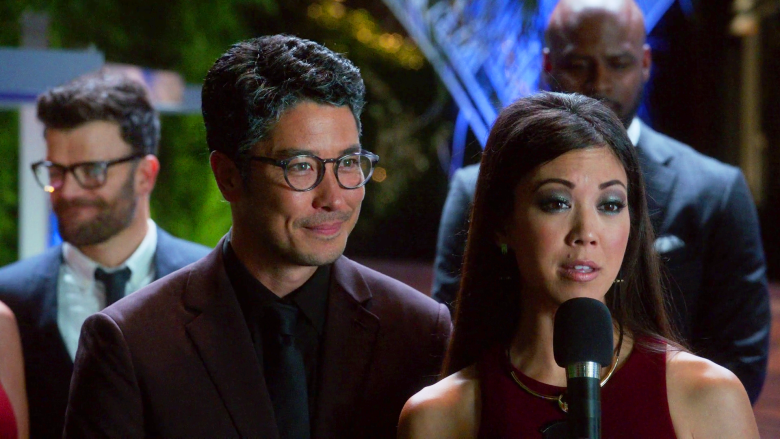 I’m still completely in thrall to the mystery aspects of this series. I’d love to know who Jonah is, what he wants, what he’s doing, how he wrapped all these folks around his finger in a death cult, etc. It’s fascinating and moving forward at just the right pace. The story teases enough that I want more, but reveals enough that I stay interested and trust that they’ll eventually get around to telling me what I want to know.

I am so beyond pleased with this show. It’s plenty of fun, the characters have depth, and the story moves forward quickly enough that it keeps the audience engaged but still leaves time for the characters to process what’s happening to them which helps the audience invest. I’m thoroughly impressed with Runaways on the whole, from the powers and plot, to the characters and world-building.