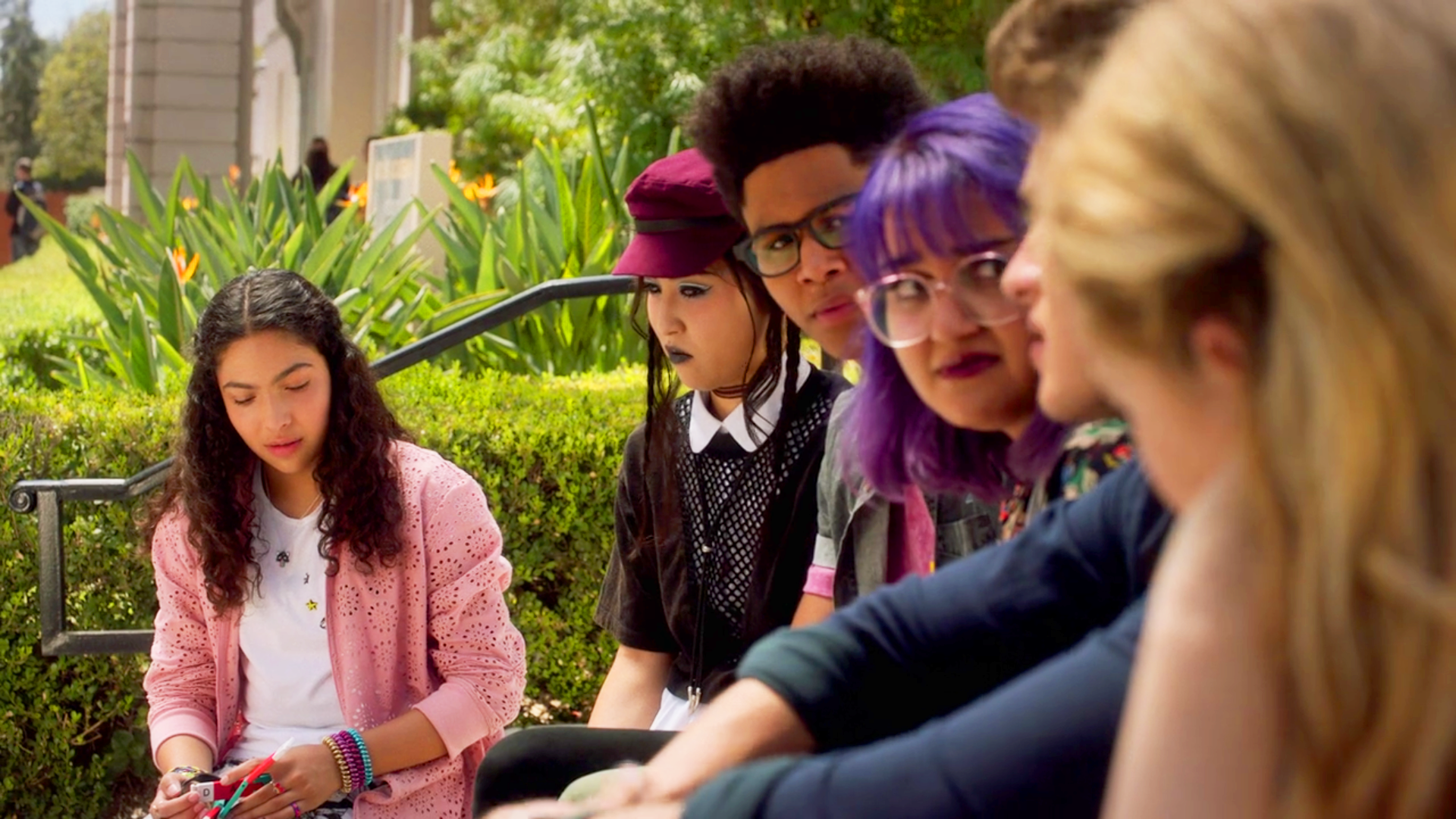 This week’s Runaways follows the consequences of everyone’s mistakes–most notably Molly’s and Victor’s. An open house at the kids’ swanky private school means everyone is in close proximity to their parents for really the first time since they discovered their folks were in a death cult. That makes for some complicated interpersonal gymnastics that most of them handle well. Molly tries to cover for the fact that she told Alex’s mother she knows they’re in a cult, while Victor runs around positively manic.

The members of the Pride face a few personal crises that almost break up the group, but Karolina’s mother Leslie is tasked with bringing them all back together. Chase’s mom Janet and Niko’s dad Robert were having an affair that Janet calls off. Robert takes pains to keep his relationship with Niko positive and loving even though he’s breaking up with Niko’s mother and I like the attention that this episode gives that father-daughter relationship. It shows that even though their parents might be doing horrible things they aren’t entirely horrible people. Both Victor Stein (Chase’s dad) and Dale Yorkes (Gert’s dad) get “high” on whatever weird light-emitting serum Jonah (the alien dude they bring back to health through human sacrifice) has given them. Jonah injected Victor with the serum last episode in order to cure his terminal brain cancer, while Dale stole a veil of it for research. Victor’s euphoria manifests in the form of kindness towards his son which is disconcerting, especially when its contextualized as so out of the ordinary by the episode’s cold open which shows a bit of the abuse that Chase has endured. Dale only absorbs a drop of the serum stuff through his skin and his high is a mania followed by a swift crash. That was a really excellent way to foreshadow that Victor was probably going to revert back to a personality that was even worse than he was before, which is exactly what happened. 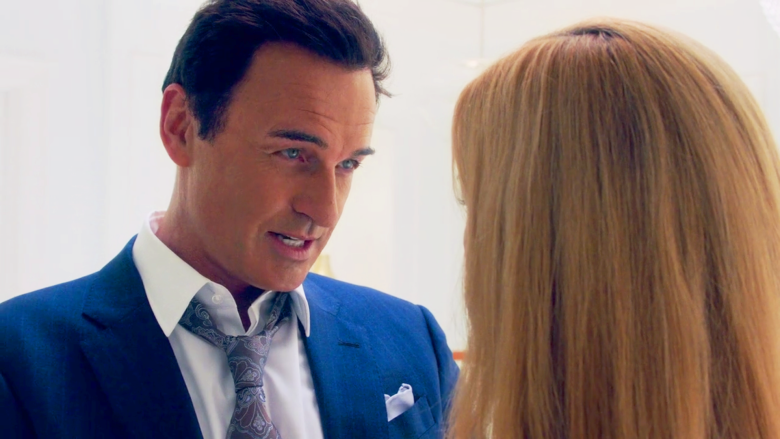 Jonah is still a big mystery and I dig it. There’s clearly something weird about him, whether he’s an alien or some other crazy thing remains to be seen. Leslie’s husband Frank also finds a super creepy picture of Leslie from 8th grade standing with Jonah looking exactly like he does now. I like the teases, and I enjoy him making vague hints about what he needs the Pride for without ever outright telling us. I’m fairly certain whatever he’s doing probably involves the destruction of (at least) Los Angeles since we saw that in Victor’s time machine. The mystery/sci-fi aspects of this story are well-balanced pieces of what’s essentially a character-focused story. The mystery is there and it adds some necessary complication to the plot, but none of those elements are ever forced nor do they completely take over the rest of the narrative. They’re nice flavor more than anything. 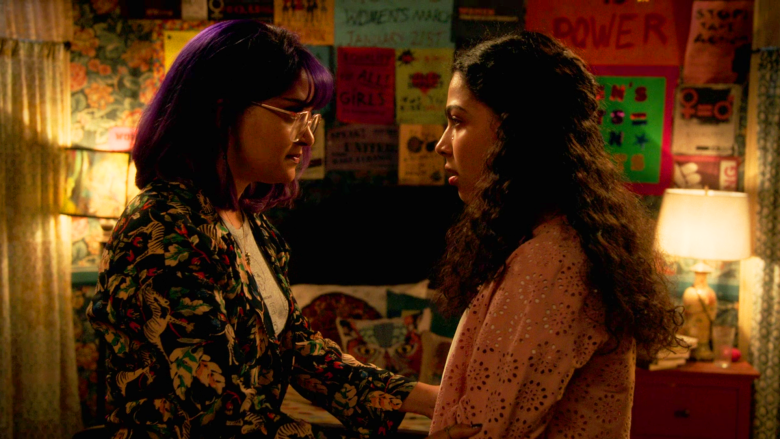 While everyone has business in this episode, most of the drama is centered around Molly. Last week she let slip to Alex’s parents that she saw them during their Pride ceremony. This week she has to tell the rest of the group that she told Alex’s mom that she knows. Everyone gets upset with her and Molly, in turn, gets rightfully angry with them for ignoring her and treating her like a child. She tries to find a new in-group with the dance team but they also blow her off. It’s down to Karolina to try to make Molly feel a little bit better and I think that’s an excellent way to showcase her character even while she’s not the central focus of the episode. I also like how, even when episodes have more of a focus on one character, everyone else is still present and they still get a little bit of character development even if they’re not the central plot driver. Poor Molly gets sent away by her parents to keep her safe but it’s also, as Gert observes, literally her worst nightmare to be pawned off on someone else. Gert and Molly’s relationship is beautiful and I love that they’re given so much space here to show how much they love each other. Gert protects Molly and swears she always will even though right now Molly has to go. Molly’s imminent removal is also a great dovetailing of the parental v. the teenage sides of the story because clearly the Yorkes are only doing what is best for Molly but it still feels like a terrible betrayal to her. I feel like Molly’s security and abandonment fears are being handled really well and I appreciate the attention that they’re giving not just to her feelings but to the complicated feelings that all of them are experiencing.

As for the general world-building, this show continues to have excellent internal logic and external MCU meta references. I’m genuinely in love with the time shifting weirdness going on in this series. It’s unclear what purpose it’s going to serve but I love the way they’re weaving it into the narrative as a story element. Again, since Agents of SHIELD went whole hog into time travel this season and is doing a pretty terrible job at it, it’s only casting Runaways’ brief dips into time machines in an even better light. It’s a great flavor and it never smacks of inescapable “destiny” but only foreshadowing of terrible danger that can possibly be avoided. Predictably, I also adore the Yorkes and their awkward, nerdy, passionate relationship. They’re sweet, smart, love their daughters, and are brilliant research scientists with a basement full of weird stuff. They made a dinosaur as a guard dog for goodness’ sake! How could I not love them? 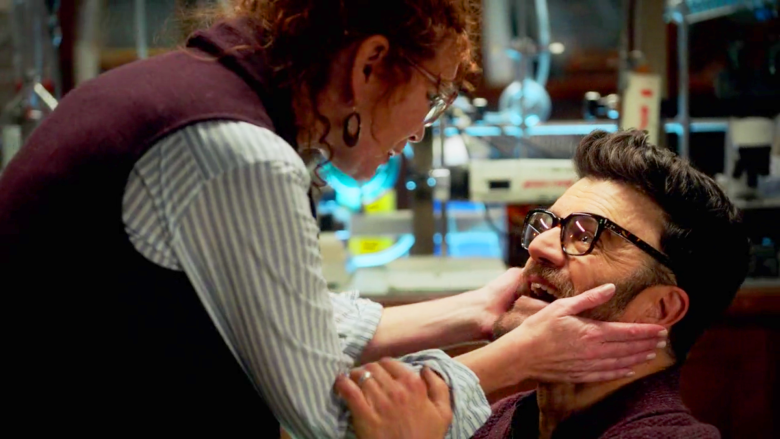 As ever, Runaways remains beautiful, nuanced, and fun without ever becoming self-serious or frivolous. It’s a much needed breath of fresh air in an otherwise fairly bleak television landscape. Sure, there’s murder, child abuse, human sacrifice, and everything in between, but there’s also hope, friendship, and six teenagers finding out who they are and what they’re made of. It’s lovely, funny, and deep all at the same time. Thank goodness for this show.