Tweetable Takeaway: On #RushHour, Lee is convinced the Quantau are behind a robbery, but all signs point elsewhere
Tweet

Lately RUSH HOUR has been going back and forth between its more interesting serialized elements, and its standard Cases of the Week, which have been hit or miss. The last time we heard about Detective Lee’s sister Kim was in Episode 5, which brought back the Quantou from the pilot and moved the story forward. At the end of the episode, Lee and Carter resolved to take down the dangerous gang.

I kind of expected that thread to continue last week, but it didn’t. Now, this week, the thread has resurfaced in a way that feels one episode too late. In any case, “Badass Cop” attempts to give our standard Case of the Week broader implications. How exactly?

Well, when Lee and Carter foil an armored car heist, Lee is convinced the Quantou are behind the whole thing. He desperately clings to that thread, even when all signs indicate that they’re not involved. 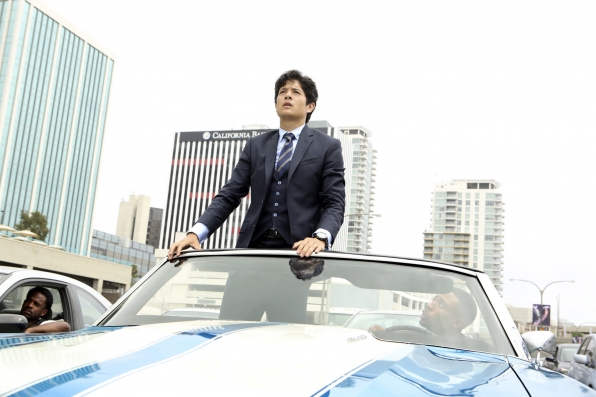 Signs do point to Ukranian gangsters being guilty here, but the interesting thing is that every lead that Carter and Lee pursue ends up with a bust. They even uncover an illegal drug lab and bust one of the security guards, who appeared to be a victim of the initial heist. . Besides the younger security guard, there’s an older one who also stays bedridden in the hospital. Our Detectives are kind of on a hot streak, though they can’t seem to crack who’s behind the thwarted heist.

Carter eventually realizes that the older security guard might not be an innocent victim either. Turns out he’s really a nefarious stuntman who has a bigger heist planned. The problem here is that we’re not given much of a compelling motive here. Much like in last week’s episode, the bad guys here could be given a more interesting backstory. 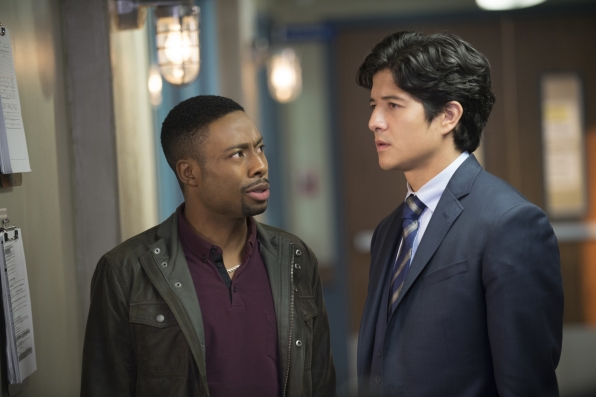 There’s a fun running gag in the episode about a video that went viral of Carter and Lee kicking butt and stopping the initial heist. Carter, consistent with his Hollywood ambitions , worries about whether he comes off as more heroic than his partner. While the Quantou ultimately weren’t involved here, it felt good to see that thread brought back. And it wasn’t all in vain either. The episode ends with  Kim staking out her brother Lee from a distance, while someone on the phone ominously tells her she’s going to have make a tough choice soon.