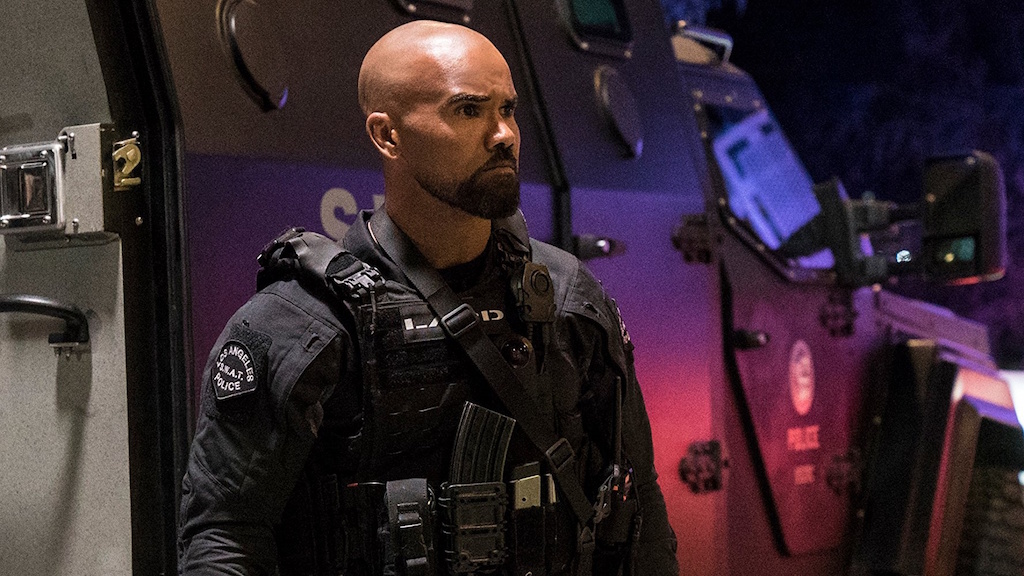 S.W.A.T. builds its story around a solid western armature for “Homecoming.” A couple of themes rocked the B-plot tonight. The main tent is about progress and the support poles deal with fathers and sons, women and men (and woman), black and white. Luca’s grandfather dies. Jack Luca was a legend and part of the original S.W.A.T. team. Though he had a long, decent life, his death caught Luca off guard. There were things he wanted to hear and things he wanted to say. All the officers stop in to offer condolences but Luca is too disturbed to deal with them and he wants nothing to do with the videographer, Jilly, shooting the package for the memorial service.

Back at the prime crime, a young teen, Daryl Henderson watches three members of the local gang, the 20th Street Hammers, clean up on their porch when another group drives by real slow. There’s a shooter, very accurate and quiet, and a videographer capturing the murder of all three Hammers. Regular uniforms and detectives respond but Hondo does too, this is his neighborhood and he heard the call on his scanner. Classic western. One street town, quiet truce between the townies and the natives, then rowdy, greedy cowboys ride in and blow it all apart: Except for the lone marshal and his well-meaning but bullet magnet deputy. In this case, Hondo and Deacon. 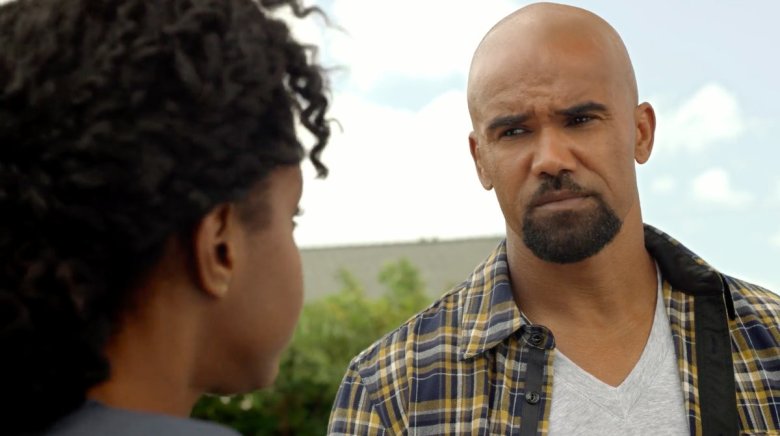 The lead detective fears the Hammers will retaliate against the 42’s unless they get answers quick. Hondo calms the single mother next door, her baby will be safe tonight. A little kid rides up on a bike and tells Hondo that Leroy wants to have a sit down. Hondo meets with Leroy at the correctional facility, he’s midway through a long, hard sentence. Leroy’s story is pure gold, someone wrote the hell out of it. Leroy grew up with Hondo and a guy named Daryl. Daryl the lookout is also Leroy’s kid. Hondo has his own gravitational pull but so does Leroy, when these two sit down the place swells with respect. Pure straight talk, no games or deception. Leroy wants Hondo to talk to his son, steer him away from the thug life. Young Daryl has zero respect for his convict father and less for his mother or the stooges she brings around.

This isn’t a big ask for Hondo, these two men have an unseen ledger, he’ll talk to Daryl. At the same time, but not as a point of negotiation, Hondo needs Leroy to mine intel on the shooting, help keep the peace. Both know Leroy must figure that out without snitching. We don’t know what he did to earn his stretch but we know he’s exposed, trapped, vulnerable, and has everything to lose, his son.

Daryl knows who Hondo is but won’t answer any questions on the street, where he’s exposed. He also doesn’t care if Leroy wants him to talk with Hondo. Deacon and Hondo head back to S.W.A.T. headquarters to do some research, he knows he needs a legit reason to pull Daryl off the street. Speaking of Street, he’s also looking for a legit reason to pull his pants off for Chris. Street amps up his offense and Chris goes from polite brush offs to a hard “no.” She’s worked too hard for her position and has rules for dating which include no cops and certainly no team members. Street gets it, but maybe not completely. At any rate, he backs off. Tan suggests Street ask Jilly, she’s been flirty all afternoon, but she ends up going out with Chris. 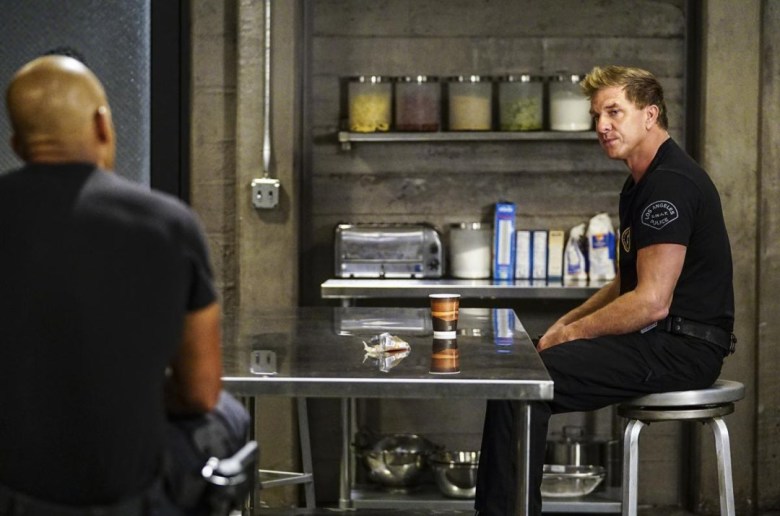 Hondo checks in with Luca and he reveals the real story. Grandpa Jack was a first-class bigot. When Hondo took charge of the team, Jack said he shouldn’t follow a black S.W.A.T. leader and worked to set up a transfer to move Luca to a different team. Luca hadn’t talked to him since, he wanted him to apologize but he died before that happened. He’s ashamed of grandpa Jack and doesn’t want to talk at his memorial service. Hondo advises he let his grandfather rest in peace with his old ideas. S.W.A.T. is different now.

The man who murdered the three Hammers is out stirring up business. Trick Carter’s business is murder for hire, the service he calls “Murder LLC.” Trick approaches some Russians, the Volka brothers, and offer a free hit for proof of service. The Volka’s pick District Attorney Rick Kirchner, they have an old grudge. Murder LLC finds the DA, murders him on the street and films it like the Hammers hit. The Volka’s like everything about Murder LLC, and they love the video. Volka hires them to kill a real estate agent and his wife. $20K for Nate Wilson and another $15K for his wife with one stipulation. He wants them to kill the wife first and film the look on Nate’s face when she gets hit. Trick agrees, this is what he loves to do. 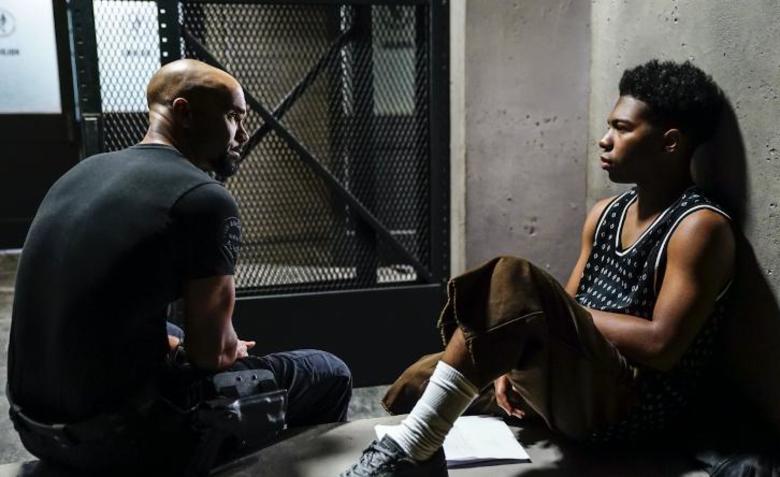 Meanwhile, Daryl gets picked up trying to buy a gun off the street from Chris (under cover.) Daryl was buying the gun to confront Curtis, the fence the three dead Hammers ripped off a few days earlier. S.W.A.T. raids Curtis’ crappy apartment lair as he’s watching the video Murder LLC made for him, killing the three Hammers. Curtis squawks on Trick, but he already has a new target. Leroy calls Hondo with a tip just as Nate Wilson and his wife are walking out of a wedding reception. Murder LLC follows them waiting for the right shot, they must kill Mrs. Wilson first. Nate answers the call from Hondo warning him he’s in danger and tells him to get back to the reception until they arrive to protect him.

Time for the showdown. S.W.A.T. arrives in the nick of time, there is a short chase but eventually Murder LLC is surrounded. Trick shoots his videographer when he starts to cry and shoots another one of his guys when he tries to surrender. Trick goes down the best way, with a transaction of lead. Leroy is protected, the neighborhood maintains peace between the 42’s and the Hammers, and Hondo arranges for Daryl to move out of the city with his aunt. I’m not saying “Homecoming” is good, it borders on spectacular.