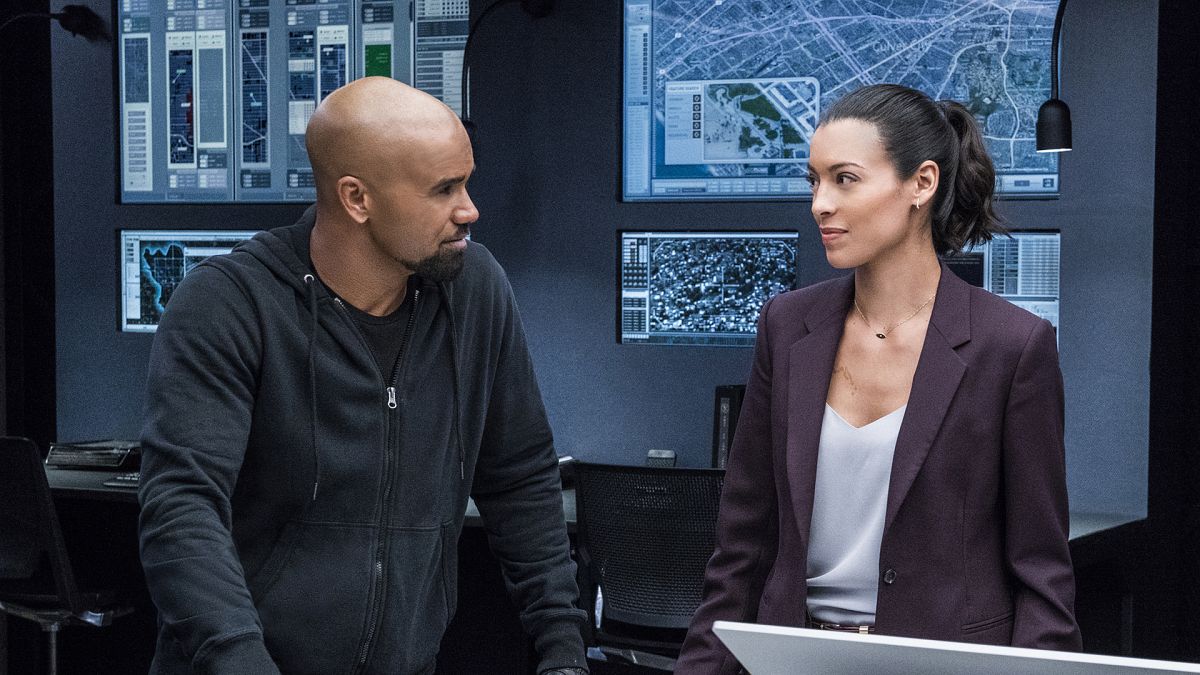 This week’s episode of S.W.A.T., entitled “K-Town” threw a lot at the viewers hard and fast. In the end, S.W.A.T. is a typical procedural show, with nothing that will make it stand out from any other procedural show on network television, beyond a few well directed action sequences. But I admire the storytelling tactics they do employ, and appreciate them trying to make their stories about characters, not just ones ripped from the news headlines with exchangeable people in it. In this installment, we follow up on Deacon’s wife Annie’s health after he recent seizure, and things become personal for Hondo when his godson’s life is put on the line.

We open in Korea Town, where a team of masked individuals are raiding a Korean drug ring facility. They make off with millions of dollars worth of Fentonyl, an opioid many times more potent than heroin. When they get in their van they take off their masks and it is revealed that this is actually Hondo and the rest of the S.W.A.T. team. They have teamed up with the DEA, particularly Hondo’s close friend DEA Agent K.C. Walsh, to take down this Korean drug ring. Taking the valuable drugs without The Golden Boys (the gang operating the ring) knowing it was the cops was a huge win. But their aim is higher. They want to follow the money to the top and see who is really behind all this. 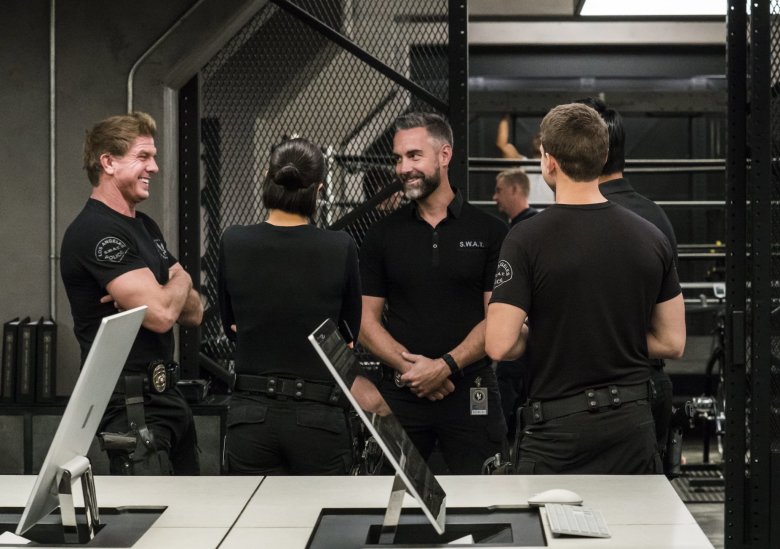 We get a little time with K.C. and Hondo alone, specifically talking about how she moved her young son Calvin from Crenshaw up to Palisades. Hondo mentions how he coached Calvin’s Pee Wee football team and they won a championship and calls him his godson, so immediately we know that this kid is going to come into play somehow soon in this episode. Just hold on.

Meanwhile, it’s been about two weeks since Annie, Deacon’s wife, had her seizure, and she is still laying in bed with a white bandage around her head. Deacon has been on leave from S.W.A.T. to take care of her but he is constantly by her side and he is starting to grate on her because she knows he is getting antsy. He insists he likes staying and watching “Muffin Fights” with her (it’s “Muffin Wars” she corrects) but she know he wants to get back on the job. So she gives him permission and he goes. Not long after that, he gets a call from his mother-in-law informing him that Annie went for a walk and collapsed. She had another seizure and had to go into surgery. Deacon leaves the team once again.

But things are just about to heat up. When they go to arrest a banker they have connected to The Golden Boys drug ring named Ree, and a dangerous associate known for being aggressive with police named Quan, they arrest them both. But they make bail fast and are off, now with GPS trackers on their cars. This results in S.W.A.T. following and putting their guns on an innocent Uber driver. Turns out that the Korean organized crime ring are pretty savvy when it comes to police tracking tactics. And by now they have figured out that it was actually the LAPD that stole their drugs.

That’s when an older Korean lady rolls up in a BMW to Calvin’s school in the Palisades and tells him to get in or they will kill his grandmother (K.C.’s mother, who he had been staying with while she was on the job). K.C. soon gets a call from a distorted voice telling her to bring them back her drugs or they will kill her son. Of course if there is any hint of police involvement, he also dies. Commander Hicks shuts down the possibility of returning the drugs, and Hondo floats an idea that doesn’t sit well with K.C. so she takes matters into her own hands, bringing the drugs back to the Koreans. Once she does, they tell her Calvin is in their trunk. They pop it and she sees a white garbage bag lining the bottom. She knows she has been duped. 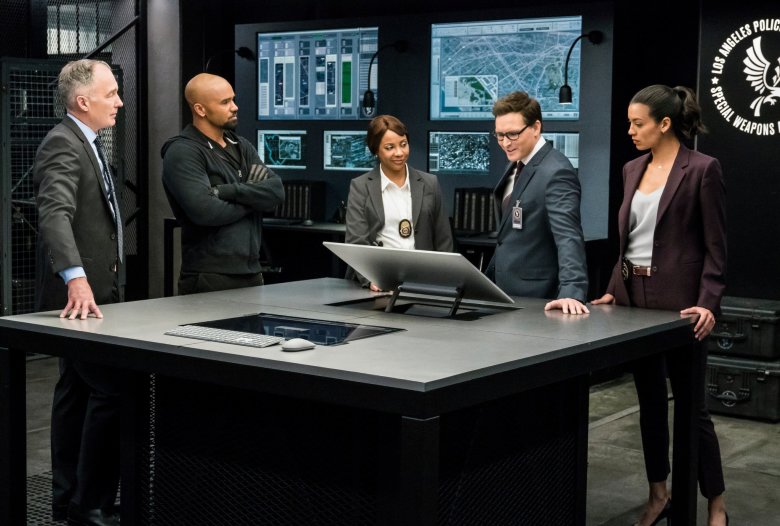 But do you think Hondo would let her go alone, even knowing he’d be breaking the law and chain of command? He and the rest of S.W.A.T. are there to save the day. They are able to rescue Calvin after getting a tip from a K-Town waitress who knows Luca. She points them in the direction of Kayla Song, a woman who runs human trafficking for The Golden Boys. They arrest her and see in her phone two calls she made recently to a wealthy Korean real estate mogul in Los Angeles. Hondo confronts him, know that he has a hand in the drug ring and human trafficking, but since it’s already a win enough for the LAPD, Hicks calls for him to stand down. I have a feeling we have not seen the last of this real estate guy, though.

And in the end, Annie gets more surgery and should be okay in a few months. I also have a feeling that that won’t go as planned.

Overall the episode fit a lot of story and new characters into one hour of television, and it also kept me invested in the emotional arcs of the people involved. Again, this is not groundbreaking television by any means, but I’m finding myself groaning or rolling my eyes a lot less than I would for other procedurals.