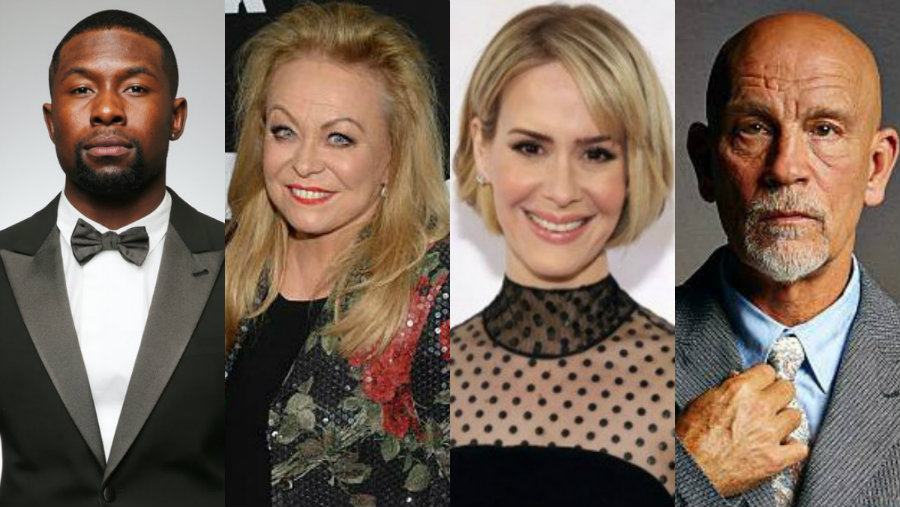 Yesterday, we shared that Patti Cake$ star Danielle Macdonald has joined Sandra Bullock’s post-apocalyptic Netflix thriller Bird Box, but now the ensemble cast has been filled up with an eclectic but prestigious cast of newcomers and veterans.

In no particular order, the newly-announced cast includes Trevante Rhodes, star of Barry Jenkins’ Oscar-winning Best PIcture Moonlight; two-time Oscar nominees Jacki Weaver and John Malkovich; recent Emmy winner Sarah Paulson; Rosa Salazar from the Maze Runner films and upcoming Alita: Battle Angel; and Lil Rel Howery, the comic relief from Jordan Peele’s Get Out. There’s no word on whom any of them will play in the film.

Directed by Susanne Bier from a script by Arrival writer Eric Heisserer, the story involves a woman and a pair of blindfolded children who make their way along a river in a post-apocalyptic setting.  Dylan Clark produces the film along with Chris Morgan and Clayton Townsend, the project having been developed at Universal by Scott Stuber before he moved over to Netflix.

Signed to CAA and GSA Entertainment, Rhodes will be seen next year in the Fox’s latest Predator reboot directed by Shane Black.

Also with CAA, Paulson continues her roles in Ryan Murphy series with her starring role in FX’s American Horror Story: Cult, and she also appears in Steven Spielberg’s The Post, to be released by Fox on Dec. 22.  She has been nominated for six Emmys, four of them for Ryan Murphy’s American Horror Story shows, but winning for her role as Marcia Clark in last year’s American Crime Story: The People vs. O.J. Simpson.

Howery is with UTA and 3 Arts Entertainment and will next be seen in Charles Stone III’s comedy Uncle Drew with Nick Kroll and Shaquille O’Neal.

Rosa Salazar is with Paradigm and Nelson Davis and besides starring in the title role of the big budget Battle Angel: Alita and finishing up the Maze Runner trilogy in Jan., she also appears in the recently-completed independent The Kindergarten Teacher.

Australian actor Jacki Weaver remains busy following her two Oscar nominations, one for David Michod’s Animal Kingdom, the other for David O. Russell’s Silver Linings Playbook. Upcoming for her includes roles in James Franco’s The Disaster Artist and the Netflix-bought The Polka King, as well as next year’s Life of the Party.  She’s repped by ICM Partners, Elevate Entertainment and Felker Toczek.

Malkovich is an acclaimed actor who has been working since the early ’80s and can next be seen in Louis CK’s I Love You, Daddy, which premiered at the Toronto Film Festival and was picked up for release by The Orchard. The WME-repped actor has a few other acting roles but is also keeping busy by producing projects via his company, Mr. Mudd.

Variety first reported the remainder of the cast for the Netflix thriller.