Tweetable Takeaway: Love those #Jazzagals in a strong @SchittsCreekPop
Tweet

Sure the money is nice, and hey, work is work, but sometimes it feels really good to hear someone say “Hey, I remember you from …”

That must be how Moira Rose feels, in this week’s episode of SCHITT’S CREEK, when a small-town waitress like Twyla Sands shows even a glimmer of interest in her acting career. “Oh boy Moira, time to dust off the old promotion wig. Talk about the cast recording of ‘Starlight Express’!”

(Lest we forget to mention Catherine O’Hara’s ad-libbed “I’m still not off book” when talking about the Cafe Tropical’s menu. She’s so in character!)

Anyway, forget that “Starlight Express” (by “Andy” Webber) is outstandingly outdated. It doesn’t matter. Moira was a star, and the Jazzagals – Schitt’s Creek’s all-female a cappella group – could use a star like her. So she tells Jocelyn, who runs the Jazzagals – and has some great character development this week – that “Small minds don’t reach for the stars.”

But – you guessed it – Moira is the small mind.

She doesn’t quite have the vocal skills she once needed rollerskating around Andy Webber’s Broadway paradise, and the Jazzagals – who are pretty average but have some skillful solos – are perturbed with Moira’s car-crash-into-a-cedar-tree performance. Still they politely clap, tying a bow on a sharply written plot that brings more layers of melancholy to Moira while adding character to Schitt’s Creek.

Those residents of Schitt’s Creek … always there with a cup of kindness, even when the Roses stumble flat on their face. All of the Roses stumble this week, whether saving face or beating their chest about an alleged expertise.

Funniest is – per usual – David, who spends the episode engrossed in the activity of building a cedar chest, or as Alexis calls it, a “little wood thing.” He doesn’t even know where to start, opting to “measure” the dimensions for his chest by taping an outline on the carpet of his motel room. Luckily Mutt shows up and helps, and by help I mean he does the whole thing himself.

Of course it doesn’t stop David from boasting to Stevie his expertise in both identifying cedar and constructing cedar chests, leading to two hilarious exchanges involving a clone that smells like “the aftermath of a car crashing into a cedar tree,” and the difference between a regular toolbox and “a cedar chest toolbox.”

While it’s hard to tell if the will-they, won’t-they plot is still a prospect for David and Stevie – and it probably shouldn’t be – just keep those interactions coming between Dan Levy and Emily Hampshire. David’s blank ignorance and Stevie’s relentless sarcasm are a perfect marriage.

Also the writing continues to be peppy and snappy, especially when Levy is delivering the words.

Meanwhile Mutt is helping David, partially to get some distance from Alexis, who is starting to suffocate him after living at his barn for a week. While David obviously can’t read Mutt’s frustration at first – he thinks he has the hots for him, and he would return the favor but it gets messy – he turns out to be a good ear, since he knows his sister better than anyone. That leads Alexis back to the motel, and though it’s clear – even to David! – that Mutt asked for space, she attempts to retain her dignity with David. This is written correctly – David’s mild poking doesn’t devolve into what could’ve been a very easy argument.

Johnny, meanwhile, stays in the slow-burn C-story once again. Still working at Bob’s garage while not working for Bob’s garage, he grows frustrated with watching customers come and go without help, so he takes matters into his own hands. The result: Johnny sells another customer’s 1993 Buick to someone off the street. But hey, he’s happy he suckered the buyer into such a quick deal.

While it’s good that Johnny is playing straight man (who gets regular comeuppance) against the weird side of Schitt’s Creek, hopefully there’s an endgame here. Hijinks with Bob, who’s an unexciting, one-dimensional character (though has a funny post-muffin walk), can only go so far. 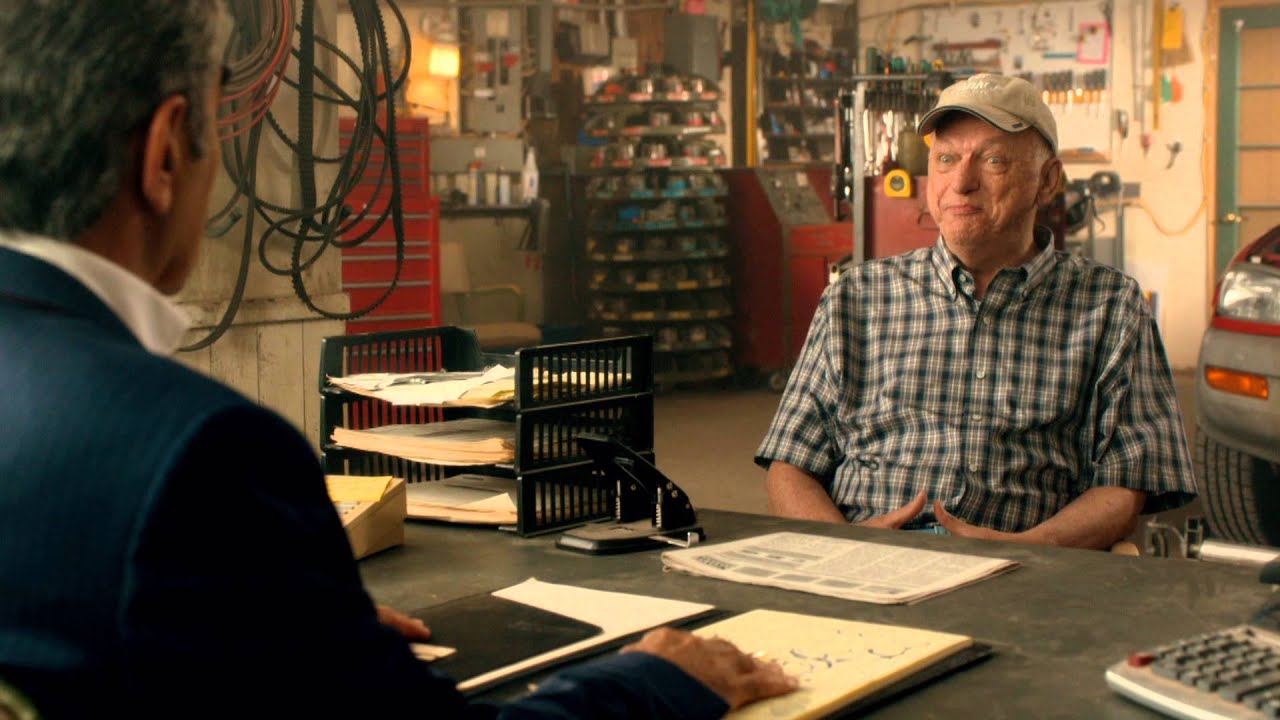 But that’s where we are now. The Roses are comfortably back in the deep in Schitt’s Creek, where nobody here is buying what the Roses are selling anymore … except for things that they shouldn’t have been selling in the first place.

Looking at you, Johnny.

Most of all, though, the titular town is feeling more fleshed out. “Jazzagals” serves a necessary purpose in the canon: Bring a little more dimension to the setting, hopefully add some depth to role players (Jennifer Robertson’s Jocelyn, especially), and progress storylines just a hair. You know, it’s getting “off book.”

It helps that results are chuckleworthy.