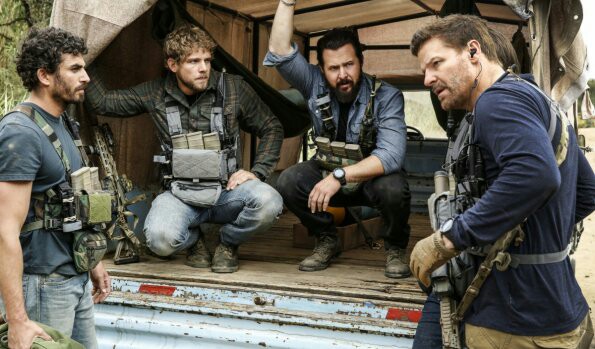 I’m always like “wow I didn’t expect to enjoy that” after watching SEAL Team, but this week I actually didn’t really enjoy it. The dialogue for this episode felt ridiculously rote, and lacked the smaller, subtler, more realistic emotional beats that I’m usually pleasantly surprised by. This episode also separated all of the women all of the time — and there was even an additional woman with them on this mission — instead of going out of their way to make sure Davis and Mandy have at least one real conversation. The mission itself had way too many points where I shouted “REALLY?” at the screen because, while I know literally nothing about being a SEAL, some of the stuff they were pulling just looked incredibly stupid. All in all, I found this to be the weakest episode since the pilot.

The personal issues this episode are for Ray and Jason. Ray’s is much more compelling, and is a real, difficult issue anybody in a line of work that depends on their physical condition has faced or feared facing, but this was the part of the episode I felt the shoddy dialogue hurt the most. Ray has a shoulder injury, and the trainer tells him to get it checked out by a doctor. He’s torn, not least because he doesn’t get to deploy with the team this time and he obviously worries about them, but because if he goes to the Navy doctor and there’s something seriously wrong that needs time and surgery to repair, he’ll have to stop deploying until they clear him. It’ll be officially in the system, and he’ll lose pay for not being on duty (or that was the impression I got.) He and his wife have a conversation about it, but it’s all so on the nose — honestly, the scene feels like somebody forgot to turn the outline into dialogue — that I didn’t really feel anything about it.

Ray agrees to call the doctor, but when the doctor’s unavailable when he calls he decides not to, and at the end of the episode returns to join the team at the bar and tells them it’s just inflamed and he’ll be fine. Obviously, this will be a huge issue later —hopefully we’ll revisit the nuances of this problem in a sliiiiiightly more deft episode. 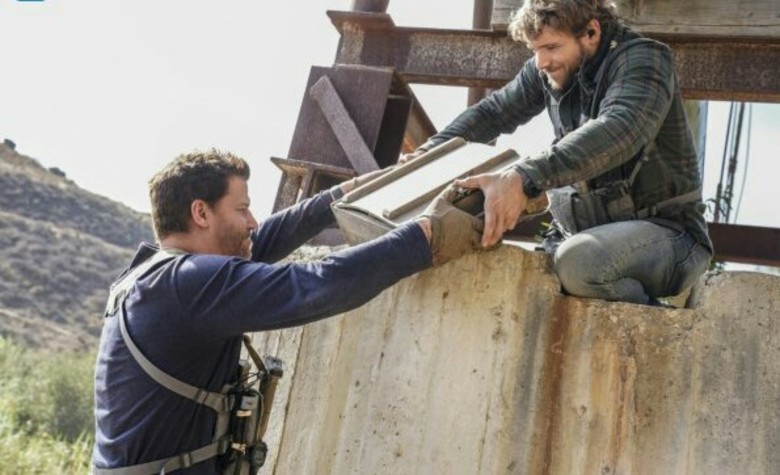 Jason’s issue is with Alana and their daughter. She wants to go to a lake house with her friend, but Alana doesn’t want her to go because she thinks their daughter is going to see some boy. Jason thinks she should be able to go, but in the end agrees to back Alana’s stance up, and calls their daughter to tell her that he agrees with Alana and she shouldn’t go. Pretty standard, fairly dull. At the end of the episode, their daughter gets arrested for… underage drinking, I guess — is that a thing? — and while they’re waiting for her to be released Jason tells Alana he wants to move home. She doesn’t say yes, but she doesn’t say no; nothing has changed between them, however. Jason made a couple small steps toward improving his communication, but we haven’t seen any large, consistent changes, and his lifestyle hasn’t changed either, so I’m not sure what Alana is expecting here.

Anyway, the mission this week is dealing with dirty bombs in Bulgaria. A CIA operative is killed in the middle of a mission, after telling the CIA that the bomb is going to be sold. The SEALs need to intercept it, and get it far away from the city. Not only would it kill, like, I don’t know, a few people, it would render the area uninhabitable for a thousand years or so. High stakes! Exciting!

Since Ray can’t come on this mission, Jason tells Sonny that he’s his second in command. This is a little confusing to me because Sonny is like… super not leadership material. He’s clearly a top operative who’s good at his job and provides necessary functions to the team, but he’s surly and overly emotional and is the only one who’s ever showed any sign of not immediately following orders.

So they captured the three vans with the supposed dirty bomb, but instead find three stolen nuclear ward heads. Extra high stakes! Extra exciting! They need to drive the nuclear warheads to safety in these rickety Jurassic Park jeeps down a dirt road though some mountains to get to the local military base so that they can disarm them. They hit a bridge that isn’t stable, and Sonny’s van’s wheel goes through the bottom. They decide the best course of action is to load all three nukes into one van. In order to keep them from moving around or hitting each other and detonating, they suspend two of them from hammocks on the top of the jeep. This is the main part that really got to me. Like, it’s entirely possible that they have consultants and researched this thoroughly and this really is the best way to do it, but watching them dangle two NUCLEAR WARHEADS from slapdash hammocks connected to a rickety metal frame and stick the CIA lady in between them to stop them from flying all over the place seems like… the literal worst plan I’ve ever heard.

As they’re doing this, they get intel from Mandy who interrogates one of the original van drivers, that there are more guys coming after them. Unable to risk a fire fight around the warheads, Jason sends Sonny and the CIA lady away with the front van and the nukes while he and the other guys set up an ambush. Sonny resists — honestly, why this choice was made baffles me — but eventually agrees. This then leads the CIA lady to asking Sonny why he’d prefer to be in an actual shoot out to driving a van to safety, and he gives some bit about how fighting like that is “pure” and it’s definitely the worst few lines of dialogue this show has ever done, wow, is it bad. 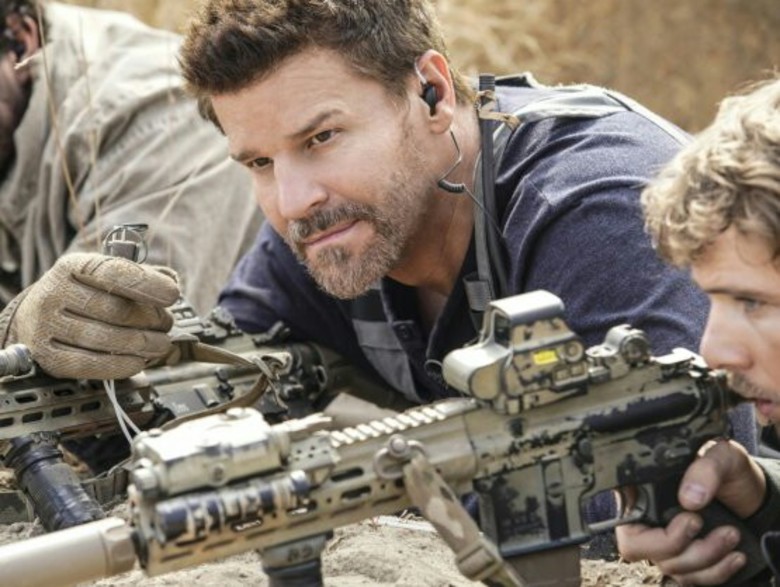 I’m not really sure what happens with the ambush because we see about two seconds of it, and then we’re in the bar with the whole team happy and intact. In addition to Davis, there’s this guy Danny with them, who’s the injured operator Sonny felt terrible about not visiting in the hospital the previous episode. We know from a vague mention that Danny had hit on Davis years ago, and he does again — but this time he’s older and wiser or something, so she’s into it. He tells her something about how he knows what it’s like to be part of the team, but not — since he was injured — like her and so that apparently connects them. This is the second sound bite of the evening where somebody was trying to be deep but it just comes out kind of annoying.

And that’s the show. It’s fine, it wasn’t horrible, but it wasn’t the surprisingly decent show I can’t even really complain about I’ve become accustomed to. Hopefully, this isn’t the barometer for the rest of the season.