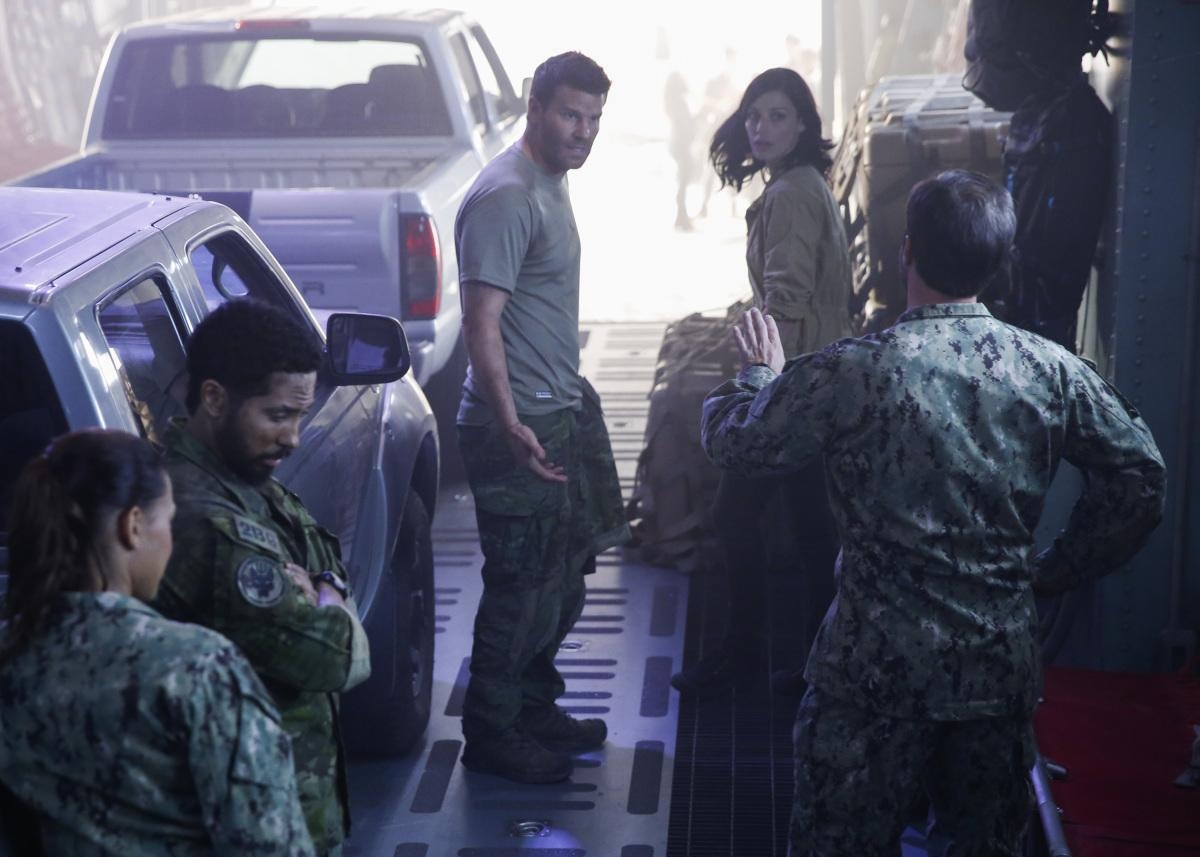 If you asked me a month ago whether I was going to enjoy SEAL Team or the CW’s Valor more, I without hesitation would’ve said the latter. I would’ve been super wrong, and it’s really weird, and I feel very uncomfortable about it. I found this episode of SEAL Team to be a little more after school special at points than I would’ve liked, but even still, it’s a pretty solid little show with a likable cast and some good investment in their personal lives to balance out the fightin’, and I find I actually don’t dread watching it every Wednesday. Nobody is more surprised than me.

This week, the mission is in Brazil, after a CIA agent is kidnapped. The agent was only working under a temporary cover, so there’s concern from the bigwigs about how long she’ll be able to hold up, as her identity wasn’t meant to withstand long term scrutiny, and certainly not interrogation; if the kidnappers find out she’s CIA, it’s likely, they think, that they’ll ask for more money and/or execute her, so time is of the essence.

This is a personal case for Mandy, and she over identifies a bit with her fellow CIA agent, but also knows what goes into getting ready to going undercover, and how unprepared the kidnapped agent must be for what’s happening to her. The team gets a lock on her location and moves in to rescue her, but by the time they get there she’s been moved to Paraguay, and the team doesn’t have approval to move into Paraguay. The only way to get approval is to know exactly where she is… which they need to go into Paraguay to figure out, leaving them stuck with a catch-22. 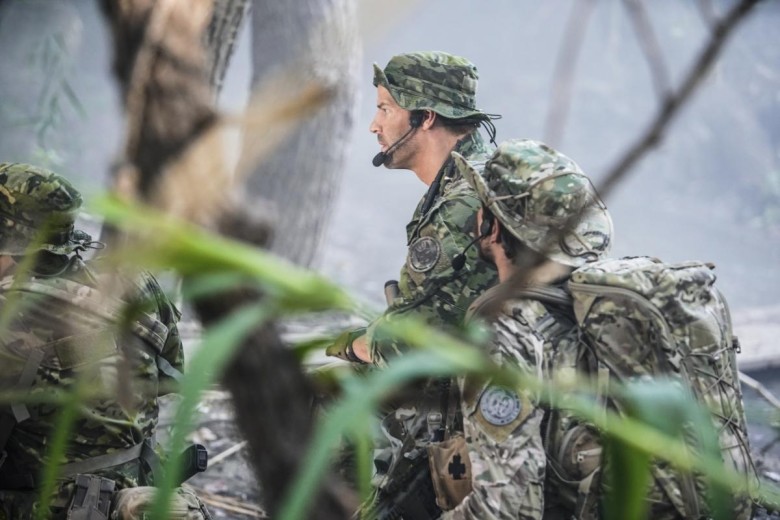 Mandy, increasingly the best character to be honest, rightfully decides that this is ridiculous, so she goes off on her own to talk to folks on the ground to try and make this mission happen. Jason accompanies her as they deal with the bureaucracy holding up the rescue mission. They have a nice personal chat about Mandy’s love life — it’s incredibly nice to see them be friends, y’know? Jessica Pare is very charming and David Boreanaz is very charming and they’re very charming together. I’m also really enjoying how this show is just sort of slowly going around and fleshing out all of the relationships one by one — I felt a little disconnected from the people at the beginning, but each episode everything gets a little more tethered, and it works a lot better.

In the end they succeed and save the agent, ‘cause they’re the good guys and that’s what they do. But while all of this is going on, back at the home front, Clay and the other trainee SEALs are going through Survival, Evasion, Resistance, and Escape training (hereafter SERE) where they’re basically put through a not-so-simulated interrogation and low key tortured by their bosses. I imagine this actually happens, but like… yikes. There’s some debate during the real team’s mission as to whether or not they’ll draft Clay if he makes it through training, too.

Throughout the interrogations and torture Clay goes through, he imagines conversations with Brian, and the emphasis ends on Brian telling him, “some things you just can’t fight. Give up, and say goodbye.” We also see a couple of hallucinations — not to imply Clay’s losing it, but for lack of better word — of Clay in the ocean with his father, who keeps telling him that he’s going to drown, and then pulling him under the water. These two things seem somewhat disconnected until the end, where Clay’s father is pulling him down, and he hears Brian’s words, leading him to let go of his father and let him drift down into the ocean as Clay reached for outstretched hands at the surface. This bit is a little heavy-handed (no pun intended) for me — Clay’s father, both in terms of Clay’s shoddy upbringing and the shadow Ash’s book cast over his training, has been dragging him down, and we’ve made repeated points of addressing Clay’s lack of a team mentality also holding him back. So during SERE, Clay lets go of his father, and instead swims toward the outstretched hands — letting his family and all of the bad there fall away and accepting a new one into his life.

The hands that actually pull him out of the barrel full of water he’s been sitting in (SERE is no joke, apparently) are Jason’s, and the rest of Bravo Team, who were asked to come in and “liberate” the SERE “camps”. Jason shakes Clay’s hand, and it seems like Clay is going to get recruited to the team after all. Like I said, I found all of this a little corny and 7th Heaven-y, but in a very network way, it’s a nice, clean way to work through Clay’s character development. It’s a brief but defined arc, and despite not totally loving it, it doesn’t not work.

We also get a bit more into everybody’s personal lives. Jason and Alana are still sort of working through things. I really enjoy their conversation, even though they’re pretty straightforward; it just feels very realistic. Jason is putting extra effort into spending time with Alana, it seems, visiting her at work, and admitting to her that he didn’t throw out Nate’s burner phone. We end on him meeting her after the mission, and she brings up the fact that he won’t talk to her again. They’ve known each other since childhood, and Alan points out that they’ve been talking to each other since they were nine, but she and their children can’t live with a ghost, in that Jason refuses to open up to anybody about what happens on the job. 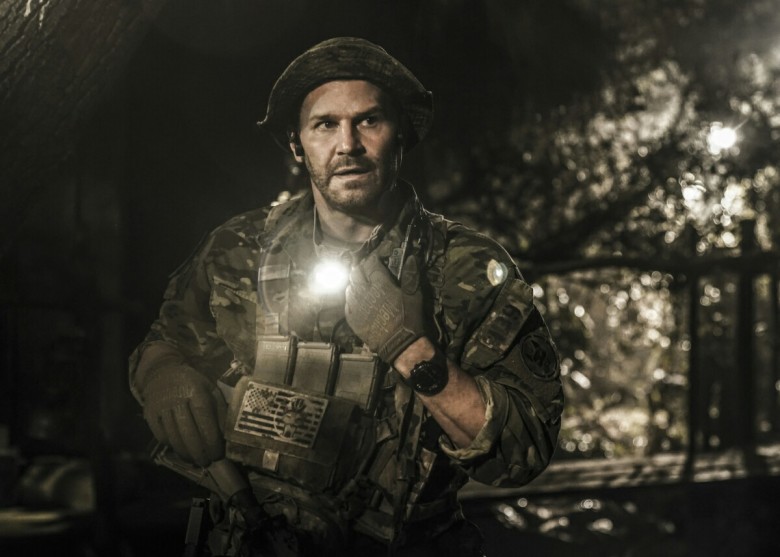 After a long pause, Jason relents, telling Alana about his day. It’s simple, but a big gesture, that’ll be good both for their relationship and for Jason specifically, who we’ve noted clearly needs to talk about the traumas he deals with rather than letting them fester. I’m still kind of on team therapy, and not wildly fond of the wholesale rejection of it, but then, everybody needs something different, and it’s equally important to tell this story, I suppose.

Ray and his wife are struggling financially, and it’s clear Ray has been somewhat absent in his family as well. At the end, he sits down to help his wife through their troubles even though it’s always been her job to handle their money, and finds out the problem is bigger than he knew, although we don’t know how yet.