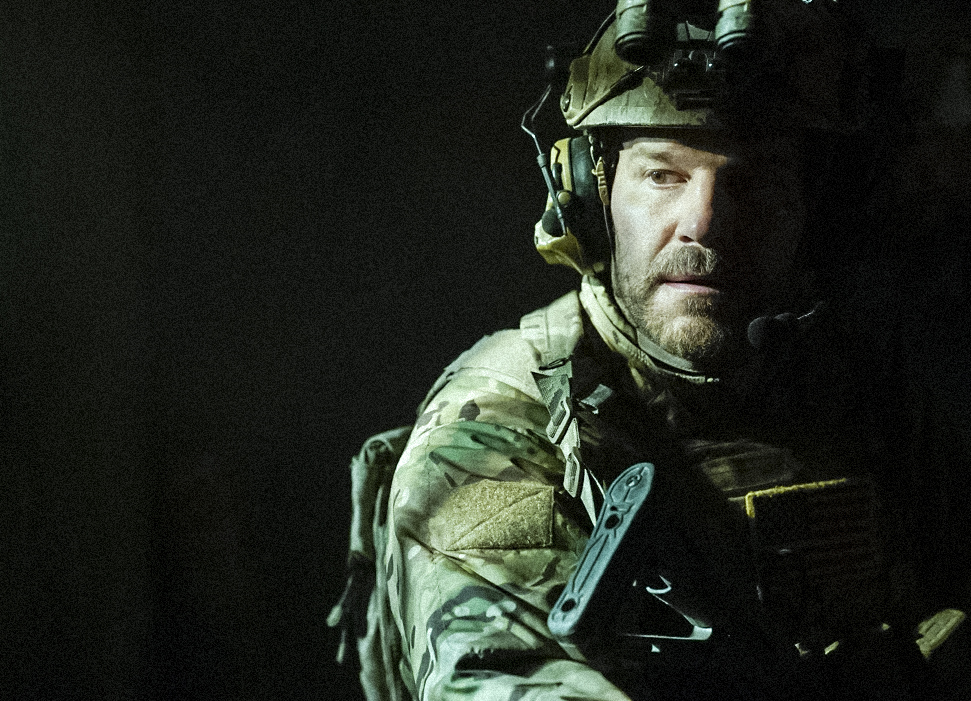 SEAL Team’s return after a couple weeks off follows up on the last episode, where Bravo Team was deployed to take up a mission after the entirety of another team was killed in action. They’re searching for the folks responsible for the bombing that caused their deaths, and are obviously all very personally, emotionally impacted by stepping into the shoes of their dead friends. They’re even put in the other team’s former bunks, underscoring how totally these guys are being haunted, both by the memories of their friends and fellow soldiers, and by their own mortality.

Picking up where they left off, the team searches for a guy named Tariq. Their first lead doesn’t pan out, and while they don’t get Tariq, they do get a guy named Azim. While they’re capturing Azim, they notice a bunch of guys gathering outside of the building, and need up in a shoot out with some seriously fierce looking explosives. They manage to coordinate an escape, but only barely.

Between their narrow escape and generally feeling raw after the loss of their fellow operators, everybody is on edge. Jason yells at Mandy a couple of times about their inability to actually locate or pin down the person responsible for the initial bombing, which is understandable given the situation, but also frustrating to watch — Mandy forgives him instantly for his outbursts, and I understand why she would forgive him and I understand why she wouldn’t take it to heart and I understand why he’s so stressed… but also, girl. It’s a professional environment. I really wish she’d have stood up for herself instead and made it clear that that sort of behavior isn’t acceptable — not only is it generally not cool to shout at a coworker for any reason, but especially in a high pressure, high stakes situation like the one they’re in, it seems extremely ill-advised to give any sort of leeway for emotional outbursts like that. But I digress. 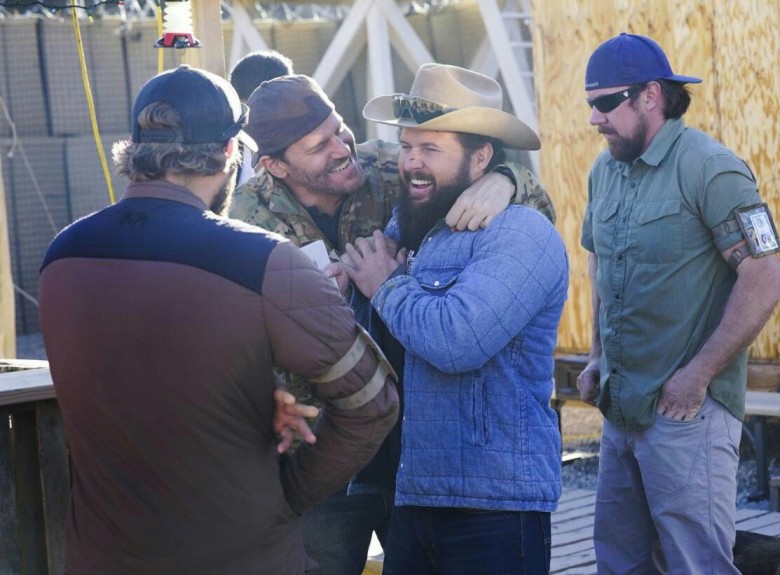 They introduce a new operator for the team, Vanessa Ryan, who’s brought on because (?) they need a woman on the team to handle any women they might encounter. Probably fair enough, but it’s still a pretty weird thing. At first, Davis is resistant toward another woman on the team and is sort of hostile to Ryan, who just tries to be friendly to her. In general I’m not on board for immediately assuming women can’t get along with each other, because it’s a harmful narrative and patently untrue, and SEAL Team has thus far been pretty good about that — Mandy and Davis have a good, positive working relationship the show occasionally goes out of its way to reinforce. By the end of this episode, you realize that Davis’s resistance to Ryan is jealousy that Ryan is able to go in the field while Davis coordinates from afar. Ryan tells Davis that if that’s something she’s interested in, Ryan will help her, and Davis demurs, but hopefully this will be a plot line we see through.

Mandy identifies the potential bomb-maker, and the team is sent out to get him. Before they enter his house — which they assume is rigged, anyway — they order him to send out any civilians who might be inside. One woman is sent out, and the team calls for her to stop moving toward them in multiple languages so they can verify she isn’t armed, but she doesn’t respond. At a critical moment, Ryan tells them to shine their light on her, and communicates to the woman in sign language, which she understands. She stops moving and they’re able to confirm she’s unarmed, and only because of Ryan’s quick-thinking and inexplicable ASL skills. She later says something about how the only deaf school in the region is nearby, and that they teach the students the same ASL she learned in Girl Scouts and, like, wow. If that isn’t just kind of a joke, I want to know what Girl Scout troop teaches its girls sign language so well and so effectively that years later in a high pressure situation Ryan happens to remember enough to save somebody’s life. (What I’m saying is, this is either a weird joke or a bonkers explanation. Either way, I’m super in favor of giving the women on this show cool stuff to do, but wow.)

Although they end up needing to kill the guy they’re trying to capture to avoid a bomb being set off and thereby lose their only lead, Mandy finds another way. They talk to Azim again, and apologize to him for not believing that Tariq wasn’t a terrorist. In return, Azim tells them that when Tariq knew he was in danger, he told Azim to start over in a new country, and to forget about the man in the red car. Obviously if somebody’s telling you to flee the country and tells you to forget about something, that something is probably pretty important.

Mandy goes to this journalist guy we’re introduced to this episode to ask him for intel about a man in a red Mercedes. The journalist guy seems to be present for two reasons — one, it gives Mandy somebody to flirt with. While I’d rather see more of Mandy’s professional or personal life outside of the romance sphere, I’m, as always, here for them expanding the women’s storylines in whatever direction I can get. But the other reason appears to be to make Jason a bit jealous, since he and Alana are now officially finished. I imagine we’ll be casually cruising toward a Jason and Mandy storyline. 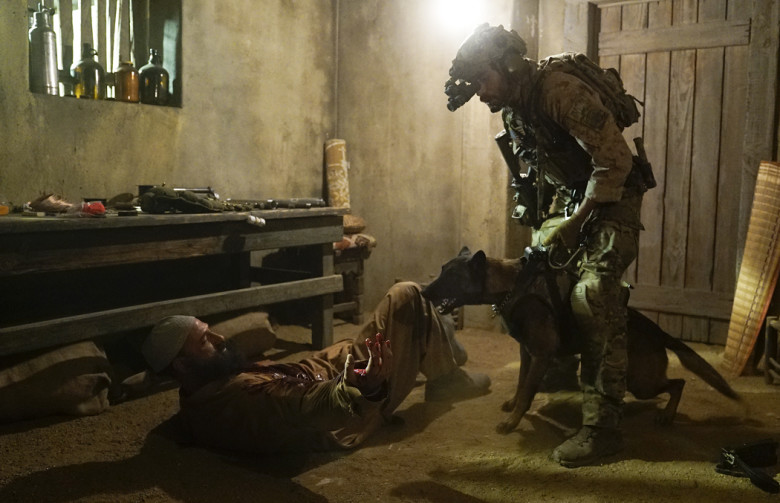 On the note of Jason and his officially ended marriage, we do get a couple moments where folks confront Jason about the fact that he’s clearly struggling. Between the additional emotional duress all the guys are under thinking about their lost compatriots and his impending divorce, it’s easy to see why. Jason looks teary for most of the episode. But when he talks to Ray about it, it gets a bit confusing for me — we’re supposed to, it feels, sympathize with Jason, and I do, to an extent. But it’s also made very clear during this conversation that the choice is between his family and his job, and he’s choosing his job. Period. Obviously, it’s not just any job. Obviously, he has guys who are like family to him relying on him. Obviously, retiring would not be an easy decision. But he definitely ain’t young, and it is still a decision nonetheless — so I find it a little hard to totally feel bad for him, because this all appears to be within this control. Alana doesn’t want to share him, and neither his apparently life long love for her nor his love for their kids is enough to get him to leave his job. I want to buy Alana a very large bottle of wine and like twelve pizzas, ‘cause ouch.

Anyway, Mandy talks to the journalist, who informs her that there’s only one person in the entire area who drives a red Mercedes — the police commissioner. And that’s where we leave off this week, on another cliffhanger, ready to head into the third part of this arc.