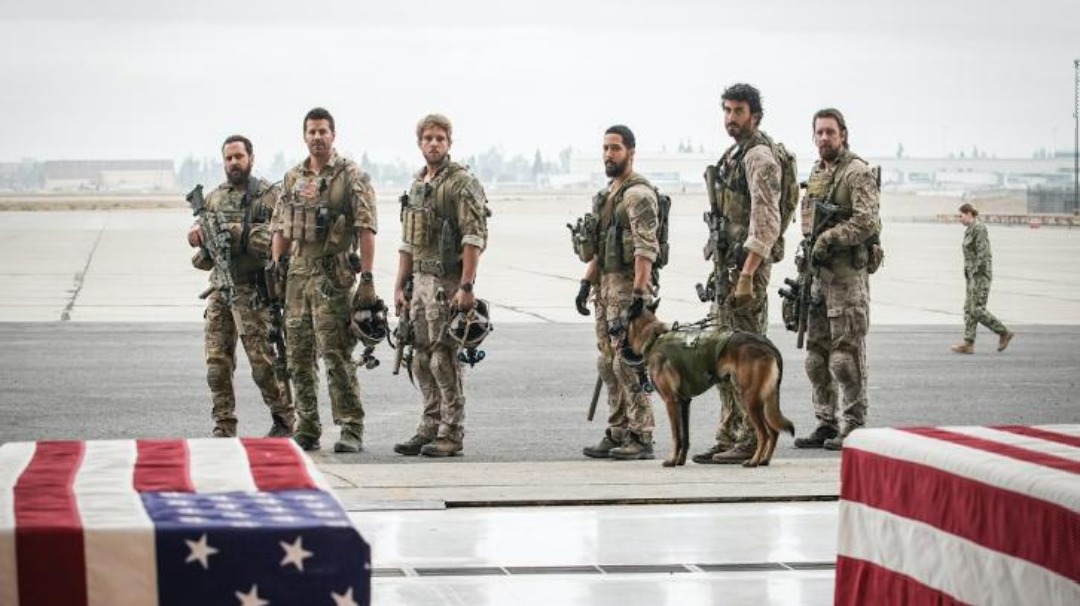 Bravo Team’s normal preparation for deployment is disrupted when Echo Team, the team they were taking over for, is killed in an explosion. What follows is the most emotional episode of SEAL Team yet. Bravo Team’s deployment date gets moved up from more than a week to eighteen hours. All of their pre-deployment rituals fall by the wayside, and lingering issues — like Ray still not seeking treatment for his severely injured shoulder — must go unresolved.

We also spend a lot of time with the family of one of the operators who was killed in action, forcing Bravo Team and their families to (not for the first time) go face to face with the fact that their loved ones very much might not come back from their deployment.

I think it’s easiest to go character by character. Clay proposed to Stella at the end of the last episode, like a crazy person, and this episode is realizing that he’s a crazy person. They have an awkward conversation in the kitchen of one of the dead Echo Team guys’s house where Clay apologizes for putting her in that position, and they agree to carry on getting to know one another and having fun. It seems like a pretty light button — “let’s just have fun” in a relationship talk isn’t typically a good sign if you’re looking for a relationship, which it seems Clay is — but at least they’re not getting married after dating for barely any time at all.

Ray’s wife has discovered that he didn’t go to his doctor to fix his shoulder. He claims that there’s nothing wrong with it, that it’s better, but she finds pain pills in his sock drawer and so knows he’s lying, even though he’s an endless font of excuses. She tells him that she’s going to continue this conversation up until he’s deployed to convince him not to go, because he’s putting himself and his team in danger, but once their deployment date gets moved up she clearly doesn’t get the chance. I would’ve liked to have spent a little more time with Naima, because it seems like her desperation to get Ray to admit that he can’t deploy should only be amped up by the death of the other operators — not only is his life on the line, but he’s putting his teammates in danger by risking becoming useless in the field in a situation that they have already seen prove fatal to one team of operators who were in theory not suffering from an untreated injury. Instead we sort of drop this thread and see her seeing Ray off, which, not that she shouldn’t do that, but like, girl. Call his boss. Call his doctor. Call Jason. This isn’t just family drama, this is lives on the line, and she sat in the house of a grieving family and saw the reality of what happens even in the best of circumstances. Not that she’s responsible for Ray taking responsibility for himself, but I’m surprised she didn’t do anything. 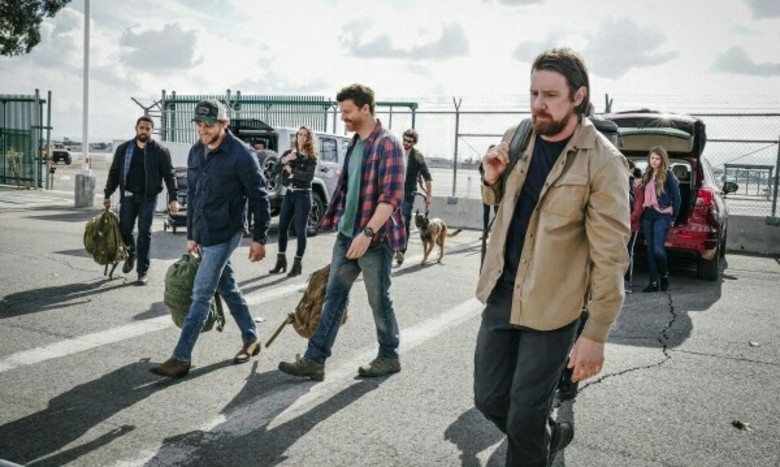 Sonny, following the death of the other operators, one of whom he seemed to be friends with, is out for vengeance. Jason tolerates it where he usually tempers Sonny’s whack impulses, seemingly because he’s also grieving, but… yikes, boys.

Davis continues to date Danny, and they’re real cute. Since he can no longer serve and deploy, he’s seeing her off on deployment, which is a nice little reversal they comment on. He goes to see her off with the rest of the families, so we can assume their relationship is going well.

Jason and Alana were planning to take the kids on a traditional pre-deployment trip, where they would discuss the state of their relationship. Prior to the deployment date getting bumped up, it seems like they’re heading toward reconciliation, but once they’re out of time, it re-emphasizes to Alana that nothing has fundamentally changed. Jason’s job is still the center of his life; his team is his family, and he’s there for them by necessity in a way he isn’t there for her, and she can’t handle that. It’s a sad, very real-feeling problem, and the conversation they have in a doorway (because they’re moving on to a new phase of life and their relationship! Alright, SEAL Team!) is emotional and a little bit lovely. Alana says that they’re the love of each other’s lives, but she can’t be his wife anymore, and can’t compete with his team for attention, and even though he’s making an effort to open up to her about what happens in the course of his job, it doesn’t actually solve the problem. David Boreanaz is very good in this scene, also. Legitimately good, not just “I have a lingering tweenage crush” good.

She still sees him off with the kids when he deploys, and hopefully she’ll continue to be present in the show and a positive force in Jason’s life, because their shared history and the texture of their relationship is really nice to watch, even if they’re not going to be together. 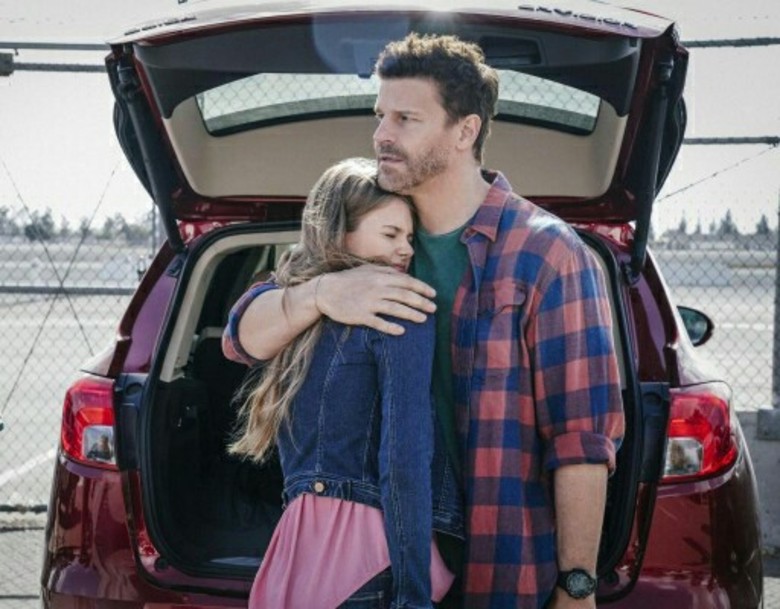 The guys deploy and arrive in Afghanistan, they start trying to track down the person behind the bombing that brought the building down, after forensics finds out there’s no DNA that doesn’t belong to SEALs, and so it wasn’t a suicide bombing.

Mandy, Jason, and Clay start interrogating people, and as always it’s really great to watch Mandy do things! She’s super competent, Jessica Paré is super cool, it’s all great. The SEALs get the wife of the man they believe to be behind the bombing in for questioning, and although nobody seems to be able to get an answer out of her, Mandy asks for a crack at interrogating her herself. With Clay translating, Mandy talks to the wife, who’s definitely hiding something, although it isn’t clear that the guy was a militant. The episode ends with the guys walking past the flag-draped caskets of the deceased team (not that this isn’t emotional, not that I by any means intend to imply those who lose their lives in service to their country aren’t incredibly heroic and brave and deserve to be honored, but moments like this feel a little bit like watching one of those commercials trying to recruit poor eighteen year olds into the army because they can’t afford to do anything else — smacks a bit of propaganda), and a dramatic, network TV circa 2000 “to be continued” title card.