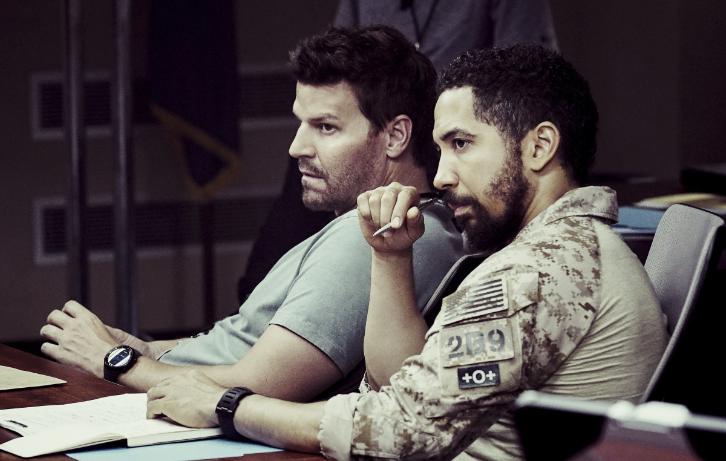 SEAL Team continues to be totally passable and weirdly self-aware about its likely criticisms, although it doesn’t really offer anything new or particularly engaging. It’s CBS, I guess, so it’s not like I should’ve expected ground breaking television — to be honest, it’s sort of just a relief that it’s a tolerable watch. This episode follows much the same course as the previous, with slightly different mad libs-esque events to fill in the beats they needed to change.

Jason and his wife (ex-wife? Wife from whom he’s presently separated) pack up Nate’s family’s house, as Nate’s wife is determined to move away and start fresh. We revisit Nate, in flashbacks or mentions, a few times in this episode, but I was really missing the therapist from the pilot — not that Jason’s reactions to her weren’t trite and a little grating (luckily salvaged by David Boreanaz’s ridiculous likability — it’s honestly a super power) but I’m much more interested in exploring how Jason actually deals with this trauma than occasional vague recollections of what he lost. Jason comes onto his wife and basically propositions her, and it comes out that they’ve definitely slept together since separating. Alana points out that the issue wasn’t sex, but how he wasn’t present even when he was. He doesn’t offer a defense or solution, the former of which is good, the latter of which is lame.

We also see some of Ray, one of the other SEALs, and his wife as they’re seeing the doctor. His wife is pregnant and due to pop any day now. Since the recurring issue seems to be how demanding this job is of these men’s lives and energies, three guesses what the problem is going to be here. 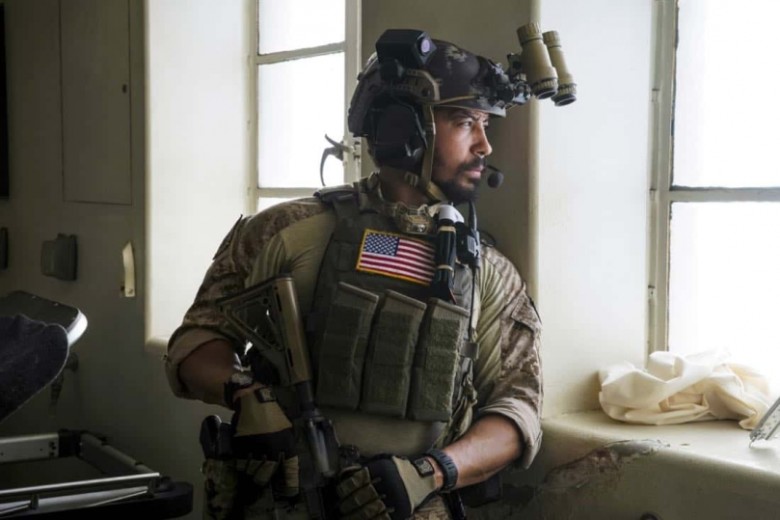 The team is called in, and briefed on the Mission of the Week. There’s a chemical weapons factory in Syria that is producing what they describe as the most deadly chemical known to man… or something comparably dramatic. For one reason or another, they have send the team in to find evidence of the illegal chemicals, because they’re being stored or made in a hospital, and the DoD won’t permit any kind of attack or seizure unless they can prove their presence.

The other plotline we follow is Clay Spenser, the guy who got pulled up to the team last week, and rubs Jason the wrong way because he reminds him of Nate. He’s still in training, and he and his fellow… trainees… or whatever are have to rate one another as top five and bottom five. Clay is cocky, and not well liked, which we already knew. The SEAL team ignores him at lunch, so it’s like high school, only with a bunch of massive hot guys instead of pimply nerds. Side note: really bitter this show landed on the one network that doesn’t even pretend to care about female viewers. This cast is really good looking, constantly doing athletic stuff, and never takes their shirts off. I’d like to file a complaint. I’ve had to see too many objectified women on screen in my lifetime; I deserve to see the SEAL team doing something athletic while bare-chested.

Clay and his pal (speaking of hot guys, he’s from The Catch, and I’m thrilled to see him again) go out to a bar and have a really heavy-handed chat that basically reveals Clay sees himself as an island, and his pal thinks team is important. Somebody should tell Clay there’s no “I” in SEAL Team. They then see a woman at the bar say goodbye to her friend, and Clay goes in to hit on her. This conversation is the weirdest part of this show; clearly, going in, they knew what people were going to take issue with.So they shoehorn in these truly bizarre conversations (like the SEAL Team equivalent of “I have a black friend” last episode) that basically say “we know that you darn liberals are going to pick a fight here, so we’re going to tell you that we know, and then we’re going to do the thing anyway.”

Clay hits on the woman, and she blows him off on grounds of feminism, or something. Clay doesn’t take no for an answer, and kind of mocks her for feminism — and then explains it to her? It’s really weird. He tries to pay for her drink, and she refuses and then goes to leave without paying her bill. He tells her that he thought she said he couldn’t pay for her drink, and she says that she never said that. She, um, did, but okay. I guess this exchange counts as flirting.

Back with the real SEAL Team, the guys are in Syria, and when they get into the hospital, they find twenty-three seriously ill civilians. Jason and company refuse to leave them there, even though they have neither help nor approval from above. They find out that the DoD won’t authorize any more troops to come into Syria to help unless there’s engagement with enemy troops. So Jason and the team consider getting close to the enemy troops they know are nearby, and thereby getting the green berets to come to their aid and help them get the civilians out. Unfortunately, they realize there are way too many troops for the plan to work.

Jason’s last-ditch effort is telling his superiors that the lab implements have been cleaned, and so they don’t have proof of the chemical weapons… but if they bring back the civilians, they will. This plan goes through, and under fire they hurry everybody out and get away safely.

It’s not exactly exciting to watch, I guess, but it is nice that they haven’t saddled anybody with the idiot ball. That’s probably one of the hardest things about writing this show — these guys are the absolute best of the best, and so any issues have to come from external causes rather than somebody making a mistake or coming up with a bad plan. Especially since we went to great lengths last episode to talk about how Jason is some kind of savant, he needs to be on top of his game all of the time without being boring. They mostly succeed, and it’s nice this time also that we get to see there are casualties on both sides. 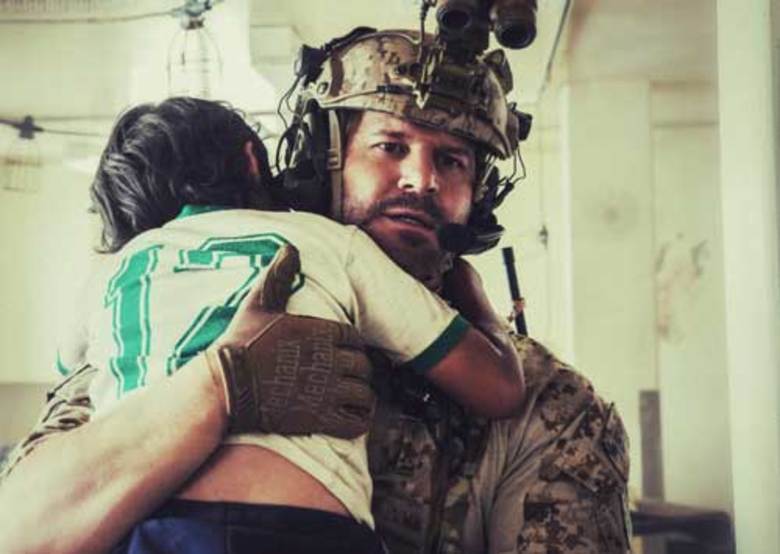 They get back, and we find out Ray’s kid was born. There was a bit of an exchange before they left where Jason told Ray he should stay to see it, but Ray refused. If I were Ray’s wife — screw that — I would want to slap him, but they seem happy enough. Jason goes to see his wife, and plays with his son, now that he really appreciates his happy, healthy kid after seeing the Syrian kids suffering in the hospital or something. Clay and his fellow trainees see the list of the bottom five trainees, the bottom of which is eliminated. Despite Clay’s cockiness, his name appears on the list, which will hopefully be humbling, and teach him the value of team.

This episode is definitely better than last week. I really feel like the characters’ personal lives need to get a little more room to breathe — I’m finding it hard to really care about them, since we only see them for a couple of minutes each episode, and once the guys are on a mission, none of that comes into play. There’s something to be said for subtlety, of course — Jason paying special attention to the little Syrian boy in the hospital about the age of his own son, and not making some kind of speech about it is good — but… I need a little more. I want to know the people the team is surrounded by a little more so that it feels more like a fully-realized world, instead of just a functional framework somebody knew should structurally be in a television show.