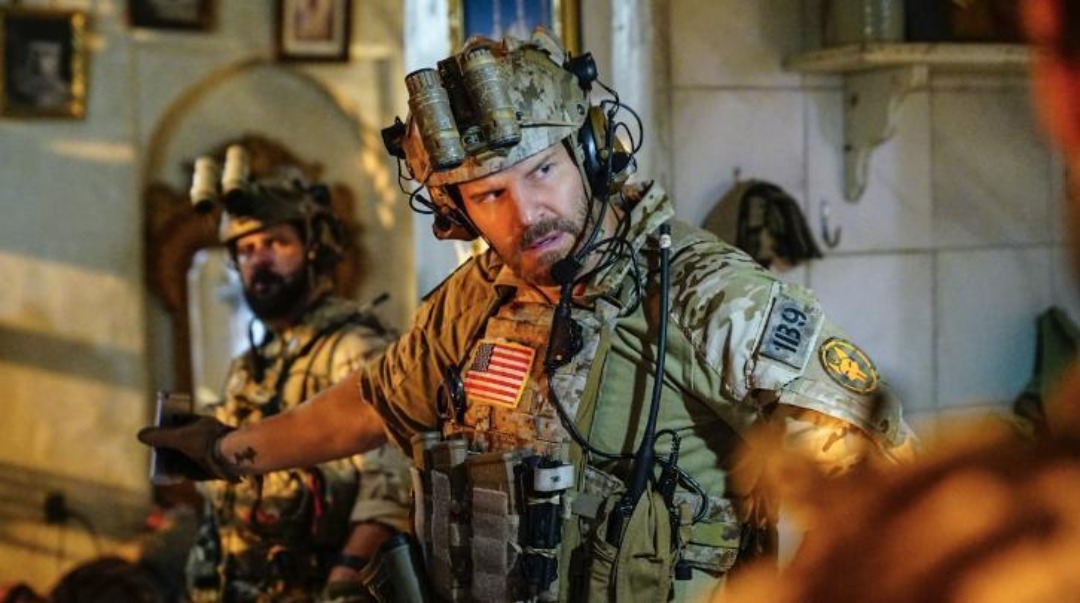 The winter premiere of SEAL Team starts in an unusual place. Rather than getting us situated with the team’s home life before launching us into a briefing, training, and then the mission, we start in the action — we also start with the family in Yemen whose home the Team is invading, which marks a perspective change we haven’t had. It actually makes a huge difference, opening on the family sleeping and doing normal things inside their home, because when these big buff highly trained and armed Americans burst in, it feels like what it is; jarring, violent, scary.

As soon as they enter, they see the father of the family with an AK, and Clay shoots, hitting the teenage daughter. The actual mission unfolds as they search the house and give the girl medical treatment to keep her alive until they’re permitted to get her to a hospital. Clay seems a little dazed by having shot a girl, but ultimately he does his job and is fine. Jason is much more concerned about him, and keeps checking in and telling him to buck-up and so forth.

We find out the mission is extracting a cell phone used to coordinate terrorist activities and the person to whom it belongs. They know (or think they know) it’s in the house, but they don’t know where, or who it belongs to. Because the father went to medical school in Texas and speaks English fluently, they assume its him, and so are mostly focused on interrogating him.

The whole team, though, is perturbed by denying the parents’ constant pleas to take their daughter to the hospital. Because they don’t know who the phone belongs to, they can’t let anybody leave until they figure it out and find it, but it certainly feels inhumane to let a teenage girl almost bleed out. Jason even calls in to find out if they can take the girl to the hospital and retain the other members of the family, but his request is denied. 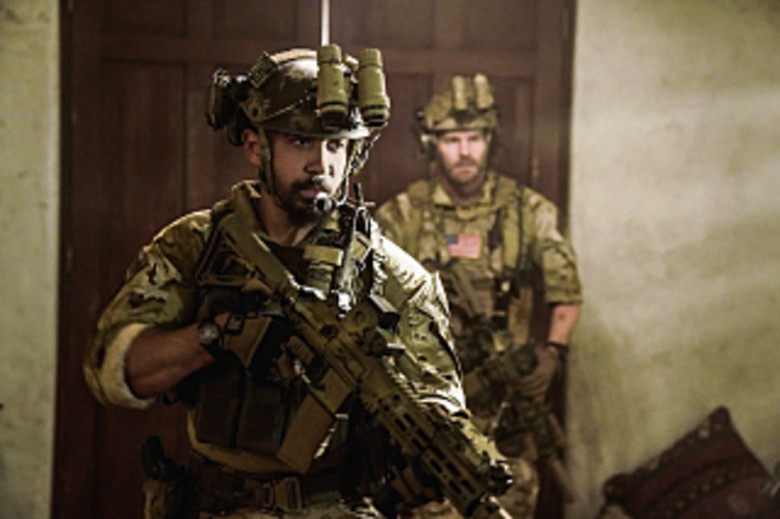 That’s maybe my favorite takeaway from the episode. Jason and company feel like good guys throughout despite the fact that our sympathy is mostly with the family they’re invading. They’re morally conflicted. They don’t like putting the girl’s life at risk. They don’t like telling the mother she can’t see her potentially dying daughter. They don’t like ransacking the house looking for the phone. But they’re following orders. I’m not trying to say that their actions at all points are okay and justified, but I don’t think the show is either. The main takeaway I got from this episode was sort of anti-military but pro-soldier — as in, the bureaucracy can be bad and cruel and out of touch and outright wrong. The individual soldiers, though they certainly have the capacity to be all of those things as much as anybody, are just trying to do their jobs.

Anyway, they can’t find anything to substantially connect the husband or wife to any terrorist organization, and despite promises that their daughter will be immediately taken to get medical care if they give up the phone, neither of them budge. Sonny spends most of the episode with the son, being friendly with him as he searches his room. His conversations with the kid prove fruitful, because later when they’re trying to get more information on the phone that they’re looking for to connect it to somebody in particular, they find a connection to Germany, and Sonny remembers a German soccer card he found in the kid’s room.

The boy takes them to the phone, finally, pulling it out of a plastic back in the drain. Obviously nobody thinks it belongs to the little kid, and the mother of the family immediately claims that it’s hers, but Jason isn’t buying it. For whatever reason, it takes them forever to realize that it must belong to the daughter, and after trying her finger on the scan to open it, it’s confirmed to be her.

Seeing the family’s heartbreak and shock as their daughter reveals herself to be a true believer in the terror she’s help to cause is pretty rough. At the very least she’s finally able to get the medical care she needs, and the team is able to extract her and the phone and get her treatment. 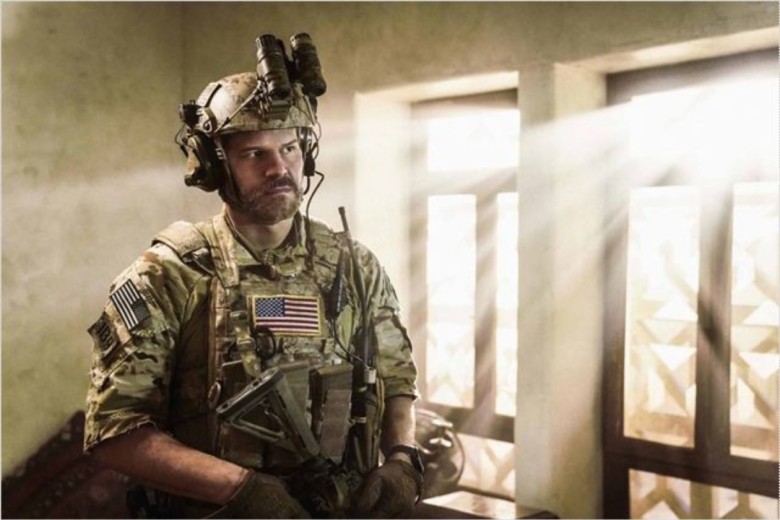 While all of this is playing out, we’re pretty close to the guys on the ground and so don’t get as much of Mandy or Davis as we usually do, but there is a little drama playing out back on the mothership. They’re dealing with a General who the whole time has been callous and careless and quite misinformed. This spurs a conversation between Mandy and Davis about how Davis is applying to Officer Candidacy training, and how she worries that being an officer requires a disregard for personal humanity in service of the bigger picture, and that she doesn’t want to embody that. Mandy assures her that she won’t ever become that. As always, it’s nice to get two women talking in the work place about professional concerns and being friends, especially on a show with such a (sort of understandably) skewed male-female ratio. I really appreciate that they seem to try to squeeze this in every week.

All in all, this felt like a strong premiere, and it was nice to see the show depart from its usual format. It had solid emotional beats and presented us with a nice shift in perspective without sacrificing its recognizable characters and structure — it felt like a natural way to play out this story, rather than a gimmick to change things up. The team consistently strikes a balance between very competent and troubled enough by aspects of the mission that nobody’s really carrying the idiot ball but also, it’s not boring or too easy. Despite everything that I expected, as always, I’m really enjoying SEAL Team. It’s certainly got its problems and it’s not going to change the world or revolutionize your thinking with its hot take on politics and war, but while it might not be the peak of intellectual programming, it’s certainly not vacant. Paired with a continuously likable cast and some decent action or suspense depending on the week, it’s enough to make it something to look forward to.