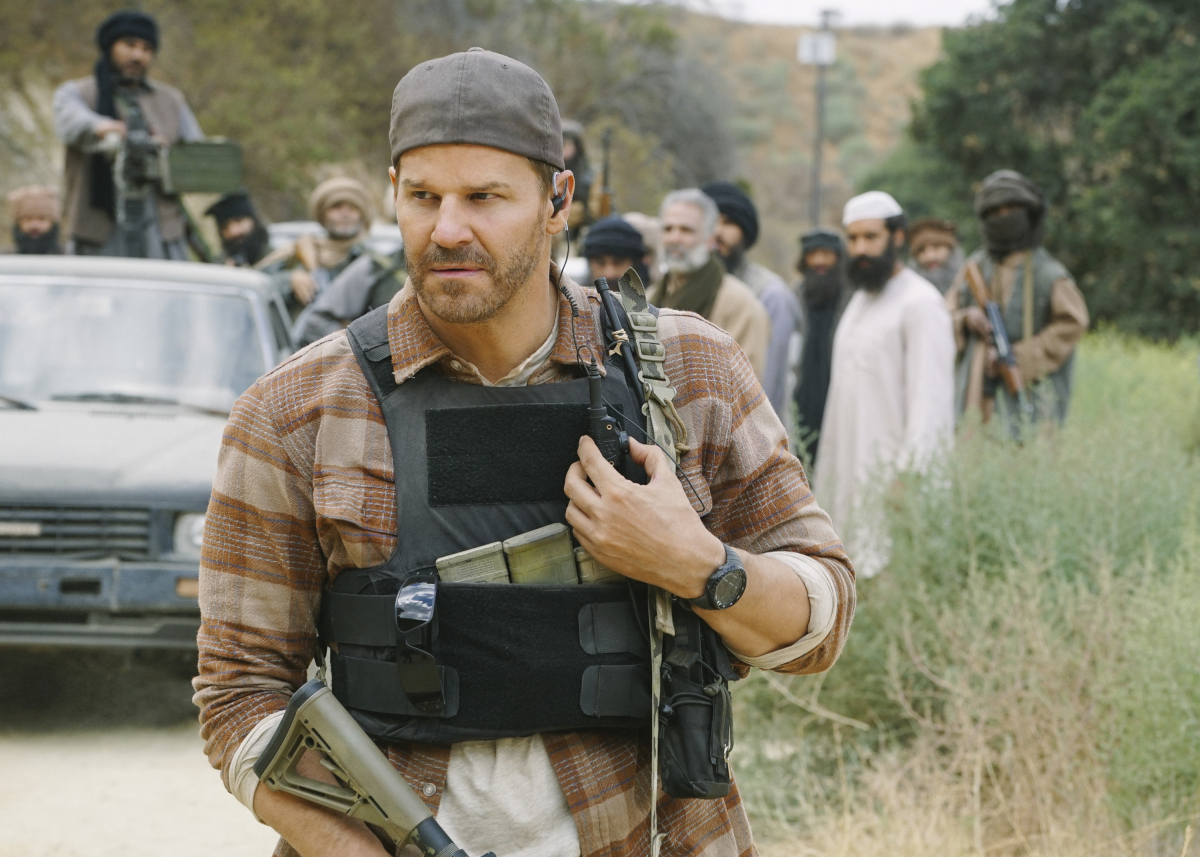 SEAL Team continues on through its first season as a totally passable, watchable show. David Boreanaz also continues to be one of the most watchable and likeable people on television. Even when Jason is doing or saying something that I know would irk me coming from anybody else, I’m consistently on his team, which is good for the show, since everything seems to end up on his shoulders. This week, we mostly stuck with the mission, and with Clay as we enter into the period when apparently the Tier 1 teams draft their new recruits. We see virtually nothing on the home front for Bravo team, but the episode still gives us enough character depth and personal conflict that I don’t feel cheated or shorthanded by it.

Now that Clay has passed his training, he needs to both find a Tier 1 team and a new apartment. Early on in the episode, he talks to a fellow to-be-drafted operator and says that he hasn’t really thought about what he wants to happen when it comes to the draft. He also claims that he isn’t assuming Jason and his team are going to draft him. This is either a lie or reflective of the fact that Clay’s grown a bit from the beginning of the season, and filled in the chip on his soldier to become a more productive member of this whole thing, which is nice.

It seems like his relationship with Stella has moved quite quickly, but I think it’s just a problem with perceiving the amount of time passing on the show. Related: the amount of time it takes the operators to get to countries halfway around the world — the breadth of a scene, for example — is a little disorienting and always has been, but it’s not a huge problem. While Stella is helping Clay move into his new place, they meet the neighbours across the hall. Another SEAL, Derek, and his wife. After some familiarly painful pseudo self-aware fake social justice banter between Clay and Stella — I still don’t like that they do this, it doesn’t work and it’s not charming, but if that’s my only major complaint, I can manage — Derek helps Clay move his couch, and Stella talks to Derek’s wife. 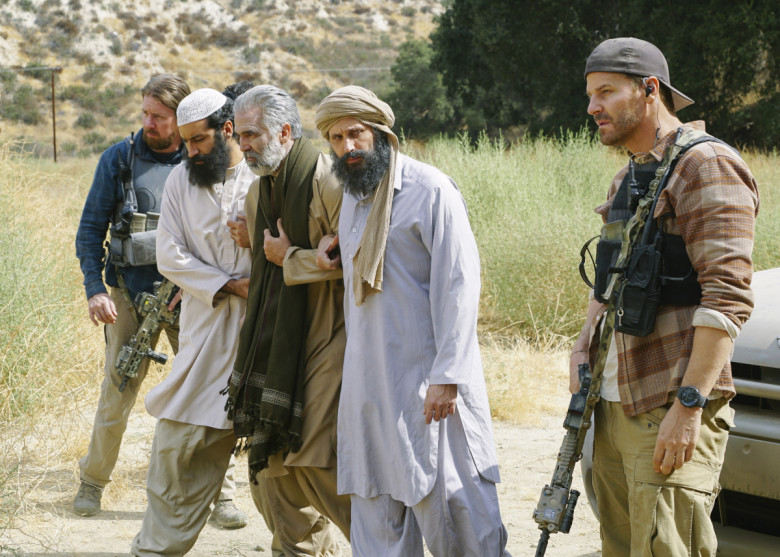 Derek’s wife clocked Stella staring (note: she didn’t really stare, but okay) at some serious scarring on Derek’s arm, so she takes it upon herself to tell Stella about the horrors of being the wife of a SEAL. It’s not that the wife’s points aren’t probably true and valid and worth taking into consideration if you’re getting serious with somebody in that line of work, but it’s so stilted and weird for this woman to immediately launch into talking about her husband’s trauma and how it impacted her. Where I find a lot of Jason’s home life subplots to be quite subtly- and well-handled, Clay and Stella consistently seem to just be jogging between index cards on a writer’s room bulletin board without any consideration for more natural ways of them reaching these points.

Most of the episode lives with the mission, though. An American soldier, Gardiner, deserted and then was taken hostage by the Taliban — a la Bowe Bergdahl — and after multiple failed rescue attempts, Jason and his team are being sent out to collect him after the government brokers a deal to trade him for three Taliban prisoners. Sonny, one of the guys on the team, struggles with this mission. He had previously been assigned to a mission to rescue Gardiner, and his friend was injured and consequently had to quit the SEAL Team. Sonny blames Gardiner for costing his friend his dream job, and blames Gardiner for getting into this mess in the first place.

Davis warns Jason of Sonny’s indirect history with Gardiner, so Jason knows to keep Sonny in his sights as they move forward. As they’re bringing the Taliban prisoners to the swap point, they run into some Pakistani soldiers, and Jason as per the usual has to do some improvising to make sure they get through. In this process, Amir, one of the prisoners, is injured, and Jason saves his life. Amir and Jason talk a bit throughout the whole episode, and Amir is confused by Jason’s sense of honor, and willingness to save Amir to preserve the mission even though Amir is his enemy. This seems like a pretty straightforward thing, so honestly I get what they’re going for, but this isn’t even a question of morality — it’s literally Jason just doing his job, which happens to require Amir to remain alive and well. But whatever. Amir and Jason form a sort of understanding.

Due to the Pakistani Army, they’re late to meet the Taliban at the agreed upon meeting place, and instead they request to meet somewhere deeper into their territory, in a valley between a bunch of mountains. Obviously not the best tactical position for the guys to be in, but they go anyway. Ray and Sonny camp out on one of the mountains to keep everybody in their sights as it all goes down. Since there was some concern about the whole thing being an ambush anyway, everybody is very tense. 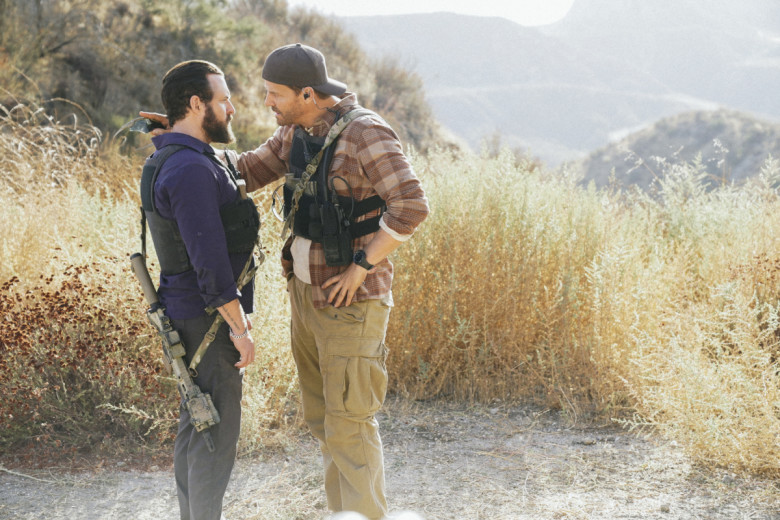 They send Amir and the other two prisoners over to the Taliban, and when they reach the halfway point, Gardiner isn’t released. Instead, more soldiers appear on the horizon, and the tension increases. But once Amir reaches the Taliban, he clearly convinces them to let Gardiner go, and allow the Americans to go on their way. He and Jason share a manly nod of honor-bound camaraderie, and then the SEAL Team high tails it out of there with the recovered Gardener in tow.

Afterwards, Jason and Ray discuss what Jason wants to do as far as drafting a new team member goes. Ray is 100% team Clay, and Jason agrees that Clay is talented, but says that he’s hesitant to draft him because Clay is a “true believer”, and Jason thinks that Clay will get people killed. I’m not sure “true believer” is the best phrase for them to use — Jason seems to mean that Clay goes big or goes home and isn’t a huge team player, both of which present considerable issues, but again. Whatever.

I’m curious to see where we go from here, because now these two separate worlds we’ve been living in are merging. I’m hoping that means we’re going to get some more of everybody’s home lives and some hefty character development since the plot that was happening in two places can now happen in one. I’m also looking forward to seeing Clay and Jason playing off of each other as they learn to work together — both Max Theriot and David Boreanaz are eminently likeable and not untalented, so hopefully this will give them a platform to really shine in both of those capacities.