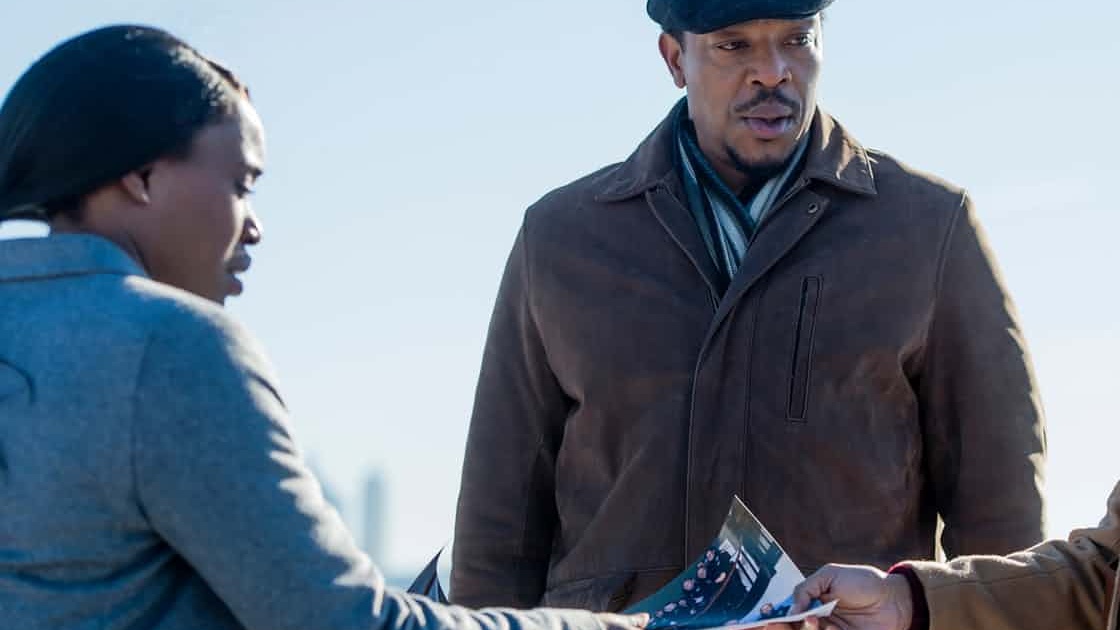 “They are the animals. We are nothing like them,” said Mike DiAngelo, a New Jersey police officer in the new Netflix drama series Seven Seconds. “Them” refers to young gangbangers in a series that explores a “what if” homicide scenario in our country’s current climate of high tension between police and young Black men.

Rookie cop, Peter Jablonski, hits a Black teenager with his car, and right after he does so, three of his fellow cops, led by DiAngelo, cover it up. They leave the body sprawled out on the ground behind a snowbank, and the amount of blood that drips out looks as if it covers acres. With no other witnesses (it seems), they are confident that they can just pin the dead body on someone else, and all will be well.

Jablonski was resistant, at first, but DiAngelo says that this is the right thing to do because this “accident” could be turned into yet another Black v. cop issue, something he doesn’t want to deal with, especially considering he himself is a dirty cop.

It turns out that the Black teenager, Brenton Butler, was in a gang called Kings, and not only that, he was of high ranking. Because of this, DiAngelo makes it very clear to Jablonski that he shouldn’t beat himself up over covering up a murder because the kid was an “animal.” And in the mind of DiAngelo, tears and empathy should not be wasted on such things.

So, throughout the four episodes, Jablonski has serious moral conflicts about what he has participated in. He even visits Butler in the hospital, wearing a hoodie, and holding a crane that fell off the teenager’s person. Butler’s mother, Latrice, sees him and wonders what he’s doing there, but Jablonski jets out of the room before he answers, only leaving the crane (we will get back to this in a moment).

As Jablonski goes back-and-forth about turning himself in, DiAngelo is right there to talk him out of it. What bothers me about these interactions is that I, as a viewer, am probably expected to feel sorry for Jablonski. Poor rookie! He is being bullied to keep such a horrible secret. But I don’t. He is an adult man, who has choices just like everybody else. Would he have been ostracized by his new cop buddies if he came forward? Of course, but not immediately.

DiAngelo and the others, along with the judicial system as a whole, would find every possible angle to not have that White man convicted. A great example of how the system favors certain races over others is when the assistant prosecuting attorney, KJ Harper (who is a raging alcoholic and possible sex addict), suggests community service for a Black teenager who committed his first offense. The judge interjects by sentencing him and putting him on probation after an ‘x ‘amount of time. Harper huffs about this because she was confronted with a White grocery store owner who let a White girl off for shoplifting “because it was her first offense.” See the difference? 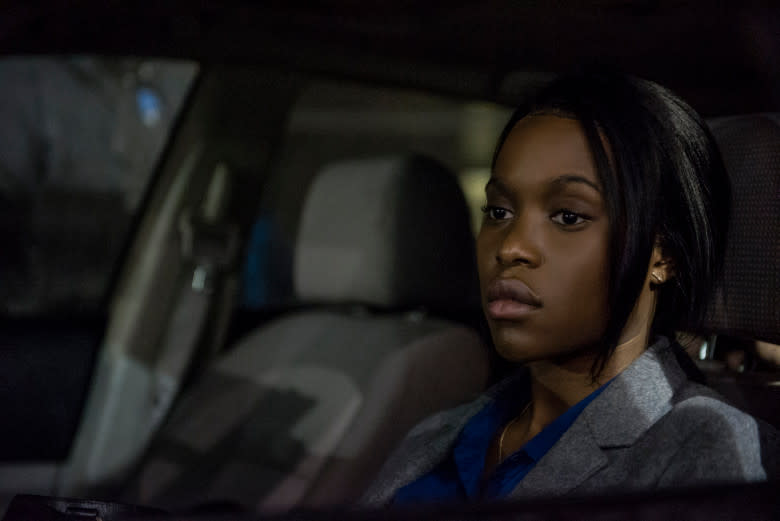 So, Jablonski is no hero by any stretch, and any writer of this series who wants me to feel empathy for him will be disappointed. Jablonski is the punk version of Ethan Hawke’s character in Training Day. While Ethan Hawke’s character chose to do what was right in his spirit despite being almost murdered by his fellow cop, Jablonski has not only chosen to cover up the murder, he has now consciously turned into a bad cop. He justifies this 180-turn because he has a new baby and a household to take care of. Again, no empathy given to this man. Well, Jablonski may be feeling invincible at the moment, but the jig might be up soon.

During Latrice’s mourning period, she recalls seeing a White man in her son’s hospital room, but she couldn’t specifically identify him because he was wearing a hoodie (Jablonski!). But in her deep, dark grief, neither her husband nor her brother-in-law believed her. As she struggled to describe him, she was unkempt, visibly shaken, and stammering all over the place. Harper tells her to go down to the police station to see if she can remember anything good enough for a sketch artist to draw, but to no avail. She said that she remembered the voice better than a face, to which the sketch artist said, “Ma’am, I can’t draw a voice.”

As Latrice attempts to return to work, she decides to ditch when grief overtakes her. As she drives home, she stumbles upon some cops searching young Black men. As she surveys the scene, she sees Jablonski in a hoodie, and his blaring voice is what gives him away. And then she notices it – the badge. I can only imagine her thinking, What was a random cop doing in my baby’s room?

Harper would be able to answer that question. With new and incredibly credible information from the White girl shoplifter, who is also a junkie and now a criminal informant, it looks like the suspects in her murder case are also the ones “helping” her find out who killed Butler. Harper was on a hard search for a blue car, but the CI said that as she was waking from a high, she saw a black car with a red stripe at the scene of the crime. Harper saw that car in some photographs in her file, and when she flees to the police station to get some clarity from the girl, she spots the red-striped car in the station parking lot. And serendipitously, DiAngelo and the rest of his hyenas jump into it. There go her perps!

How will Harper deal with this? And as a woman who has a known record for alcoholism and sleeping around, how will she be able to pull back the curtain on this cover-up?

Seven Seconds is definitely interesting to watch. But it is disappointing that this is yet another series trying to humanize Black boys. This story is for anyone who doesn’t see the wrong in this scenario.