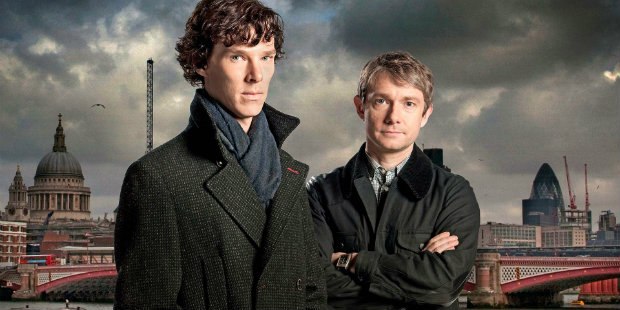 After tackling Arthur Conan Doyle, the team behind the hit BBC series Sherlock are setting their sights on another classic British author: Bram Stoker. Writers Mark Gatiss and Steven Moffat are reuniting for a new take on DRACULA, with preliminary talks currently underway at the network.

Similar to Sherlock, this adaptation of the classic vampire, written as an epistolary novel, will use the miniseries format of a small number of feature-length episodes. It is not known if the series will follow Sherlock‘s use of a modern-day setting.

Hartswood Films will produce the project, which is still in early development stages. No scripts have been written and it will be some time before any casting begins.

Sherlock has been one of the most successful and critically acclaimed series for the BBC, winning numerous BAFTA and Emmy awards. The last episode aired in January in Britain and there are currently no concrete plans for the show, which launched actor Benedict Cumberbatch to stardom, to return for a fifth season.

Most recently, the Count made an appearance on television in the short-lived NBC series starring Jonathan Rhys Myers as the titular vampire.

Moffat has been a writer on the new iteration Doctor Who since it first premiered in 2004 before moving up to executive producer and showrunner in Season 5. He recently announced his departure from the series after the current season. He’s repped by Berlin Associates in the U.K. and UTA.

Beyond writing and exec producing Sherlock, Gatiss also starred in the series as Mycroft Holmes. His other acting credits include the recent FX series Taboo and Game of Thrones. He also recently wrapped on Yorgos Lanthimos’ new film The Favourite. He’s repped by Curtis Brown Group.

Variety first broke the news of the series.