The highly anticipated reboot of David Lynch’s TWIN PEAKS has revealed the 217-member cast and production team. The new event series starts up 25 years after the inhabitants were stunned by the murder of homecoming queen Laura Palmer.

The show is created, written, and executive produced by Lynch and Mark Frost, with Lynch at the helm of each episode. Many in the production team worked on the original series. Sabrina S. Sutherland is producing, John Sclimenti is the Production Assistant, Tommy Klines and Steve Itano (WA) are B Camera 1st Assistant, Johanna Ray is Associate Producer/Casting Director, Heidi Walking is Location Casting (WA), Cori Glazer is Script Supervisor, Mike Malone is the On-Set Dresser, and Skip Buccola is the Stand-In.

The series will premiere on Showtime in 2017. See the full cast list below. 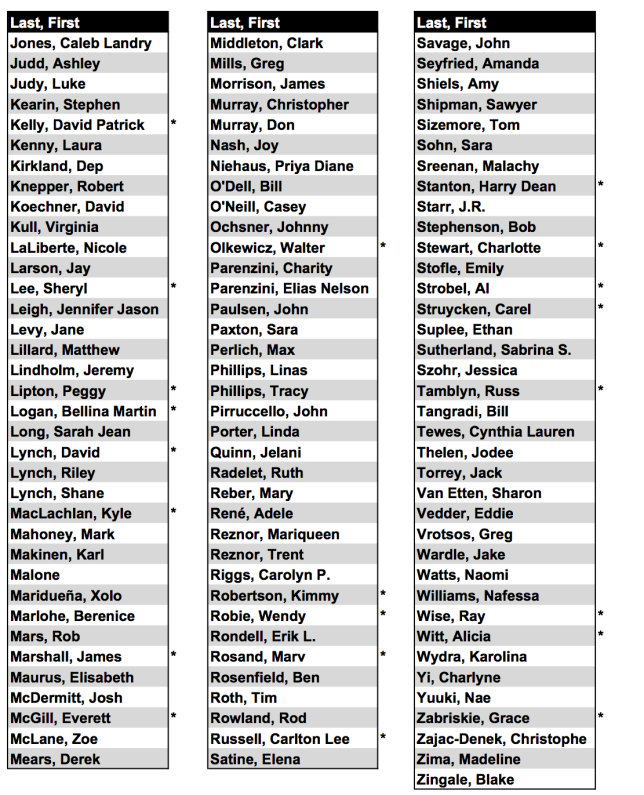