One of my favorite Amazon shows Sneaky Pete is back, and while it lacks that new car smell from season one, it’s a solid ten hours of television. Picking up right where season one left off, Marius is pulled into another caper endangering himself and the Murphy clan. This time though, the people after him actually think he’s Pete, forcing him deeper into his lie and stolen identity. Giovanni Ribisi returns with his brand of sleazy charm as the con-artist with a heart of gold. And surrounding him are his character’s adoptive family, the endearingly tough as nails, bail-bonding Murphys. With a new villain in tow replacing Bryan Cranston’s Vince, the con is back on in what amounts to a smart and fun season of television that should appease fans of the first season. It’s not as fresh or exhilarating as season one, but the show is still expertly written and plotted in spite of falling prey to its sophomore slump. There are a lot more twists this season that do get a little muddy and absurd, but of course that’s the appeal and fun of the show.

We open this season up we find that the real Pete is actually on the hook for eleven million dollars that he and his mother helped steal, before he found himself locked up as Marius’ cellmate. Thinking Marius is Pete, the men tasked with finding the missing money threaten to kill him and all of the Murphy family if he can’t find his mother and track down the money. This set up means Marius has to re-connect with the real Pete without blowing his cover at the Murphy house-hold. Making things more complicated is the need to bring Pete’s mother out of hiding, the oft-mentioned but never before seen Maggie Murphy. When we finally meet Maggie, it turns out she is a perfect sparring partner for Marius in her wile and cunning, and her presence invites the always wonderful Jane Adams to the cast. I never really bought Adams’ age for the character she’s supposed to play, but she’s an American treasure so why not add her to the mix. 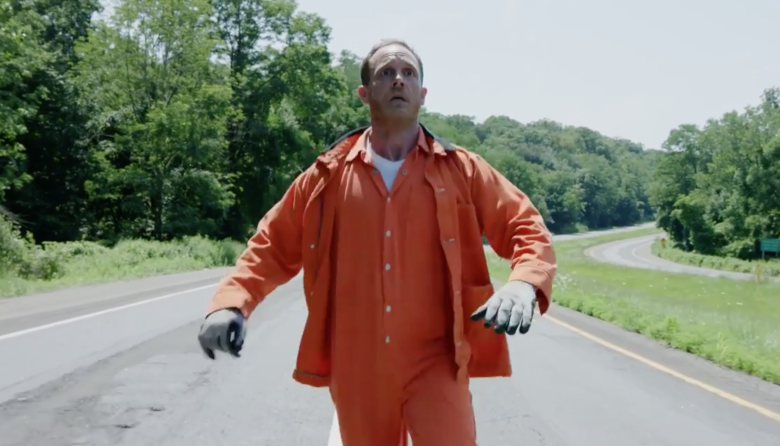 Adams joins a cast spearheaded by the always formidable Peter Gerety and Margo Martindale, actors who can sell anything and ground situations before the ridiculousness of them ever triggers in your head. Yes, Otto and Audrey are back and flanked by grandkids Julia, Taylor and Carly, who all excellently anchor the emotional core of the show. Marin Ireland’s Julia tirelessly juggles her single motherhood while figuring out how to pay her debt to Dockery. Meanwhile, Taylor (Shane McRae,) spends the season trying to outsmart an NYC detective who’s investigating Audrey’s involvement in Detective Winslow’s death. And Carly (Libe Barer) continues to deal with her family’s buried secrets and how to bring them to light, now suddenly more possible with Maggie there to help her.

I always like the family elements in the show the most whenever they get around to it. Last season the underlying conflict was Marius’ need to help his own brother while juggling the growing feelings he had for the Murphys. This provided an internal tension that motivated my care much more than the specter of Vincent killing Marius. This time around though Marius is already mixed in, he’s given up his other life, and the barbarians are at the gates. Everyone’s lives are on the hook, and while this provides a foundation for non-stop thrills, much of the emotional resonance from season one gets thrown to the wayside. There’s no chance Marius hurts the Murphys now, and even though he talks about only being in it for the money, you never really believe him.

The show moves a bit too fast this season to breathe for the familial moments, but when they’re there they’re the most potent moments of the show. I love the scenes with Maggie connecting with her family and elaborating on all the deep seeded problems in their family. To care about whether or not these people die we need to care about how they live. Season one did a fantastic job of creating relationships and building its stakes. Season two just sort of lives off the work season one put in, it’s not that it’s bad, it’s just that everything feels a bit taken for granted. This isn’t to say it’s not a complete pleasure being with these people again even if we don’t get as many deep moments as I might like, but it’s a clear step down from what the show was able to do out the gates, and it just settles now into a standard television experience.

Take for example how Marius and the Murphys have to deal with the villain this season. The big baddie this time around is a Serbian war criminal named Luka, who gets off on boiling his enemies in vats of acid. On paper, it’s a step up in terror from Bryan Cranston’s ex-cop Vince, but the series as a whole never does a great job of making its violence credible because we know nobody important is getting hurt. Luka’s character is very reminiscent of Teddy KGB from “Rounders,” a sort of funny and psychotic foreigner who ascribes to a morally reprehensible, East-European code. But in that same way, he’s almost too likable. Yes, he kills some characters off and I won’t spoil for you here who they are, but it’s all very performative and not important to our characters. He serves the exact same role Vince did which can be a bit tired, especially without Marius’ other life creating some complexity for his character. At least with Vince we had a backstory and some understanding that there was a relationship with Marius. Luka, by contrast, is just sort of a fun villain but he says nothing about our characters through his being there. His brand of danger is sensational and interesting enough to keep him entertaining throughout, but he serves as nothing more than a plot motivator. 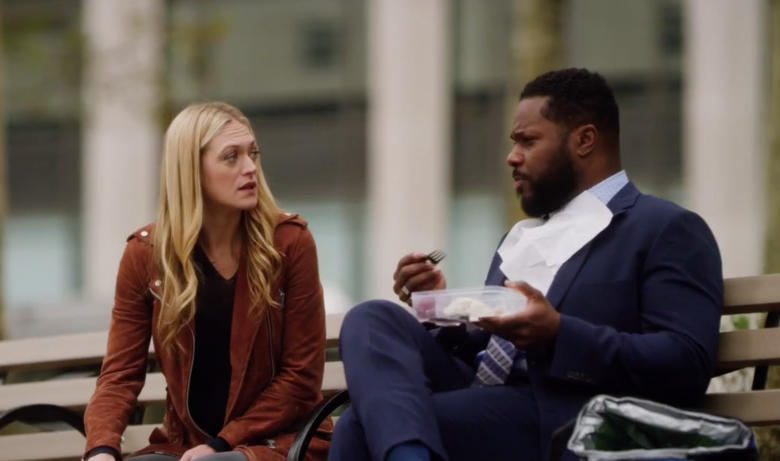 Violence as a whole is sort of clumsy in this show, it springs up unexpectedly, but there’s a comfort in knowing main characters are never really in danger. There’s a death early on in the season, but its sole purpose is to signify the bad guys mean business in spite of how charming and fun they are. It’s a move meant to counter the general likability of all those characters involved. This is a pitfall of television that happens when you get to see someone week after week or hour after hour for ten hours. You get used to the people involved, and even the villains become too personal if they’re not used sparingly. “Sneaky Pete” made the same mistake with the Vince character, so it’s a constant criticism of the show in that it straddles between different levels of how seriously it wants to take itself. Remember, this was a show meant for CBS before getting re-packaged and sold to Amazon, so there are remnants of that network version of this show where things never really change. But even still, I think what we’re seeing is the “networkification” of the new media platforms like Amazon and Netflix through something like “Sneaky Pete.”

Recently I listened to the Ringer’s Watch podcast where Andy Greenwald and Chris Ryan came to the conclusion that TV, in general, has entered a sort of B- average state. “Sneaky Pete” might be a good indicator of this in its second time up at bat. It’s not that it’s fundamentally worse, it’s just that by its continuation it reveals more of the parameters under which it lives. It’s not really the fault of the show, but rather the shortcomings of being a season two to a very intricate show that arguably could and should have ended season one. There’s a natural amount of runway for a show like this and season two is flying right to the edge of it. But that’s more an indictment on the weakness of TV and how in its dominance it has trained itself to stop taking risks, rather than a specific criticism of this show. I enjoyed this season a lot, but it certainly demonstrated diminishing returns in what it can offer when it doesn’t stretch itself. The good news is that this season ends with a cliffhanger that could bring out some interesting drama for a season three, if or when that’s ever green-lit.