We all know the significance of the American eighteenth birthday: it marks one’s official entry into adulthood, including the ability to waste your money on lottery tickets, voting, tattoos, and of course, dry ice. (Just don’t be like Kenneth and put your fingers in a bin of it, lest you want to “lose your fingerprints.”) For JJ, unfortunately, it’s a reminder of his limitations. Due to his slacking off in the past academic year, he can’t yet graduate, let alone live under his own roof; his cerebral palsy has unfortunately confined him to remain where he is for now. While JJ’s birthday and his pain around it is at the heart of the show, there are of course, other mini-dramas that play out as they normally do–except this time around, it seems like our youngest members are really grappling with life in a new, and more adult, way.

One such example: Ray, threatened by an attractive German foreign exchange student staying with his girlfriend Taylor, adopts some of his dad’s techniques from back in the day for keeping Maya interested in him (and evidently, his jacket). After it gets him into a sticky situation involving another girl he invited to JJ’s birthday party, all to make Taylor jealous and assert dominance, it may mean that Ray is really single this time–his honesty about not turning down a kiss from her hurts Taylor visibly, and it’s a powerful scene that shows Sedona James’ promise as a dramatic actress.

While Dylan has played the ruthlessly impish younger sibling for nearly the entire series, it’s refreshing to see a change of pace for her as she develops a crush on a boy who she meets via an accidental crash collision in the wrestling room at Lafayette. It’s a meet-cute, amplified by the fact that she and her beau seem to be a match made in heaven (“But what happens when I beat you?” they both say at each other in unison, when told by their coach they are in the same weight class and have to compete against each other). Her vulnerability, while palpable, isn’t total–stubborn as she is, she won’t compromise her competitiveness for anything, and subsequently delivers one of the greatest lines in the history of the show (“Lose? I don’t lose at anything. I’m gonna win weight.”) 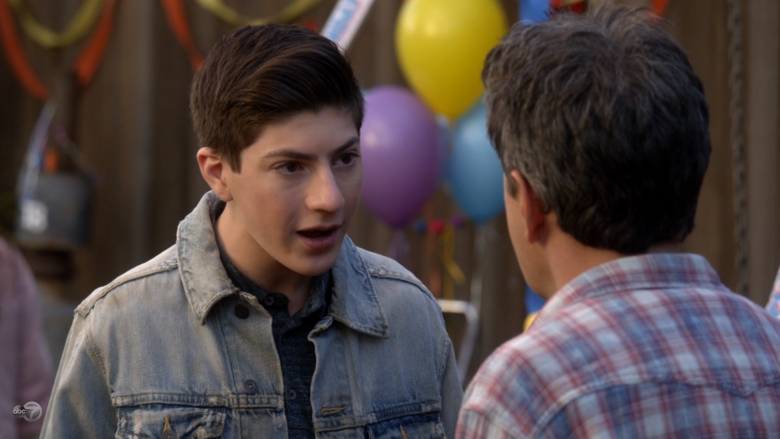 Of course, it’s disappointing to watch JJ become mean and ungrateful for the party his mom threw him, knocking over a table and storming off in frustration–a projection of his own anger at his stagnant situation. His reconciliation with Maya and Jimmy is in character and necessary, and when it happens, is delivered via Kenneth at the conclusion of the episode, just as Ray and Taylor have what might be their last conversation for a while. As their romance ends (probably), a new one begins for Dylan, and Maya and Jimmy have a few kinks to work out, but…they’ll be okay. As long as Maya unfriends her exes from high school on Facebook, and Ruby doesn’t call back.