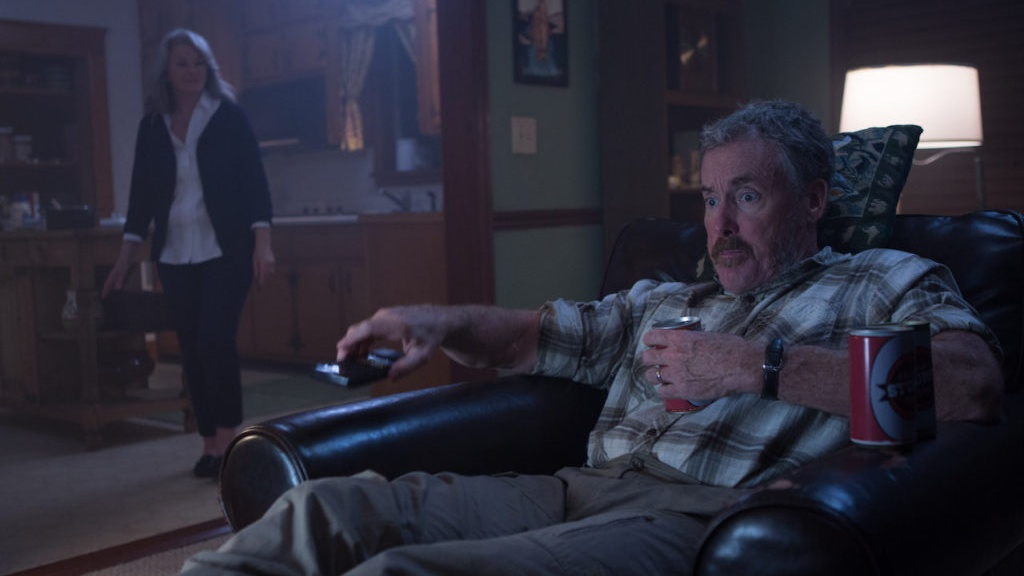 Stan Against Evil finishes its second short season with a couple strong episodes, “Mirror Mirror” and “A Hard Day’s Night.” This show hits the schedule and disappears in a month. They’re quick, funny, and there’s never enough. “Mirror Mirror” starts with the second season flashback teaser of Willard’s Mill, this time, 1907. We see a dairy farmer milking his cow, contemplating the riches he’d have if he could produce milk himself, he’d milk himself day and night. A woman appears, a perfect replica of his wife, and kill shim with the milk bucket.

Jump to present day, Stan asks good witch Laura to help him contact Gerard Duquette about what he needs to do to travel back a year in time to save his wife, Claire. Stan’s kept this quest slow cooking for the entire second season. His loneliness and desperation building, gnawing at him while he dealt with other issues like the werepony. Claire knows this request is tricky business, but she agrees to host the séance. Stan goes way out of his comfort zone and behaves as long as he can, but Gerard’s 400-year-old spirit is a no show.

Stan goes home feeling the dream of saving Claire slip further away, but then Gerard Duquette walks out of the closet. He tells Stan he can help with the time travel, spin him back a year to save his wife, but first he has one day to solve a riddle about eyes. Stan begins his day invigorated just one riddle away from reuniting with the love of his life, but the answer eludes him. 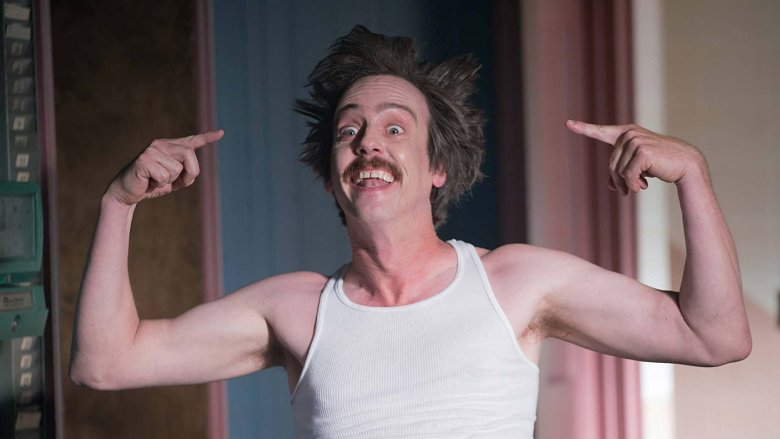 Meanwhile, his demon doppelganger, Evil Stan, drops by the Sheriff’s Department with a batch of hallucinogenic fudge for Leon, because regular Leon isn’t weird enough. Stan prime can tell Leon is in trouble and tries to help him out, Evie has a couple days off to catch up on reading. When trippin’ Leon turns a shotgun on Stan prime, he stays at the office and works the puzzle. Evil Stan heads to good witch Laura’s for mischief, she doesn’t catch on to Evil Stan right off, though he does seem happier than Stan prime. When Mailman Gordy arrives, Evil Stan invites him in and assaults him with Laura’s pail, beats him to death in her kitchen, but leaves her to report the crime. The longer Stan prime takes to solve the riddle, the more trouble Evil Stan causes.

Laura calls Evie and reports Stan murdered Gordy. Stan, still at the Sheriff’s office, takes several calls reporting his mischief. He knocks out Leon for safety reasons but he isn’t any closer to solving the riddle. Evie calls in and Stan asks to meet him at his house in Claire’s sewing room. He explains his dilemma with the riddle and Evie helps him solve it. By then, Evil Stan has returned to the Sheriff’s office and killed Leon for the first time tonight. 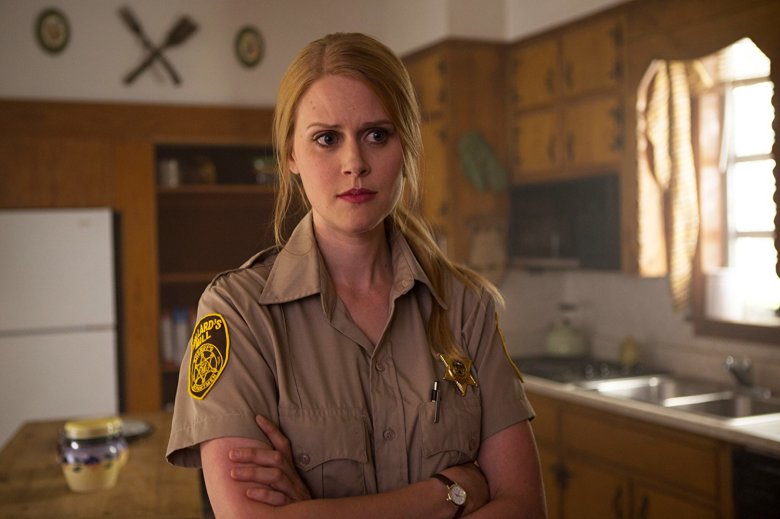 Demon Gordy blows through the door and attacks Denise. Stan beats him and gouges his eyes out. Stan meets Sorcerer Gerrard and the Eccles cabin, riddle solved, with Gordy’s eyes. He walks in, but he walks out one day earlier. This time, Leon is still alive and Stan skips going to Laura for a séance. However, now that he knows how the eyes work, he starts digging up Claire’s Grave.

Stan Against Evil episodes run about twenty-one minutes and often link in pairs. “A Hard Day’s Night” begins right where “Mirror Mirror” left off. Evie finds Stan digging up Claire’s grave. When he finds it, he gouges her eyes out, they’re the ticket back to the day she died. This episode is a much different tone and relies on Evie to carry the drama of dilemma. We know Stan wants to reunite with and save Claire and Evie knows it too. These are two lonely people who long for the kind of deep connection only the right person brings. For Evie, that person is still in her future, for Stan, that person is one walk through the door of dark magic. 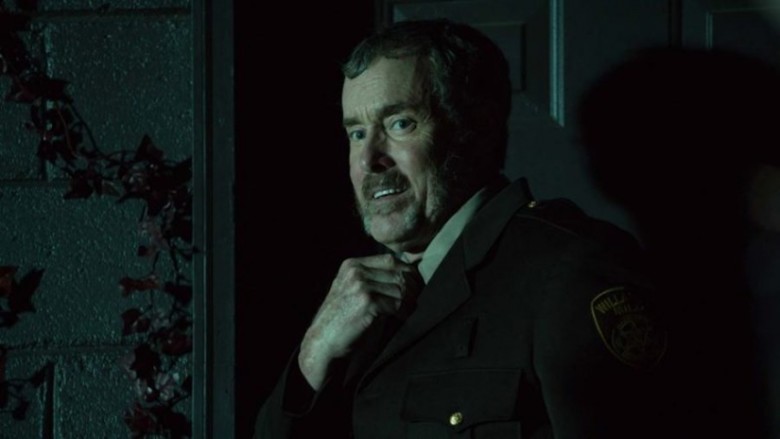 Evie is concerned about messing with time travel but she’s also connected to Stan and Willard’s Mill. She’s the only one that knows what Stan is up to, except maybe Laura, and carries all the emotional and ethical burdens of watching her cranky friend attempt this long shot at a second chance for a once in a lifetime love. Evie is strong enough of a friend to back his play. She’s the hero of the finale in every way. After Stan walks through the door, she waits for him to return or to feel different, but neither happens. She makes a hilarious voice-disguised call to Leon to confirm she’s still the Sheriff. He does, it doesn’t look like anything changed.

Evie goes to Stan’s house, but Claire answers the door. Stan was successful in saving her, but Claire confirms Stan has been dead a year. He died the same day she should have had her heart attack. Again, it’s up to Evie to explain and convince Claire she was supposed to die and Stan was supposed to live. Claire recalls Stan died on the night of the Evil Flower bloom. She heard him being attacked by Ida Putnam as she destroyed the last flower, keeping the town safe from hell for another year. She found Stan a moment too late, Ida had just killed him. Evie is determined to set things right, Claire gives her a special spade to use against the nasty demon. 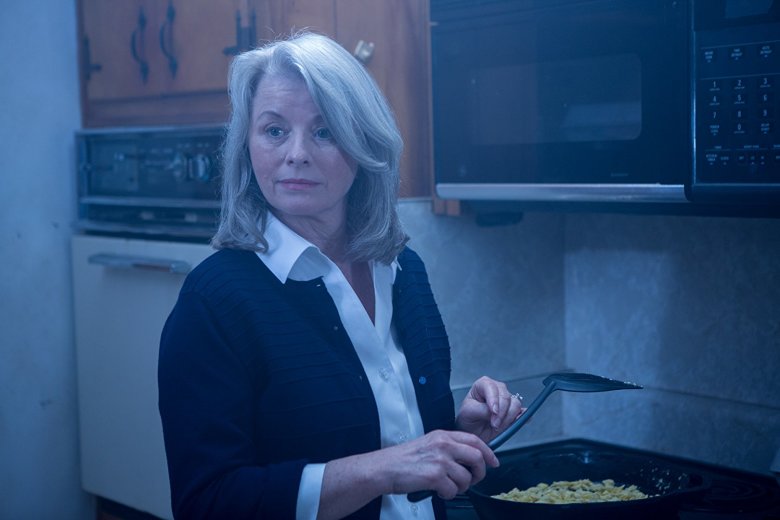 Evie digs up Stan and gouges out his eyes, the common ticket for time travel. This time, things are different, Leon doesn’t recognize her. He thinks she’s stripper and she punches him when he says so. Leon arrests her for assaulting an officer while dressed like an officer. He cuffs Evie and puts her in the back of his car, but Ida rips him out before they roll. Ida pulls Leon’s head off, killing him for the second time tonight.

Stan catches up to Claire as she destroys the evil flowers, but they hear Ida howling in the distance. He goes to fight Ida while Claire waits to kill the last flower at the right time. Ida puts up more fight than Stan can handle on his own but Claire swoops in before she can kill him. Still, she’s too powerful for Claire too. It takes Evie with a spade in each hand to take Ida down and scoop her eyes out in a single attack. Though she’s dead, Stan sees Claire long enough for a goodbye kiss. Then, he tells Evie he’s ready to return with her.

Willard’s Mill looks like an evil tornado destroyed it. Buildings are smoldering, the Sheriff’s office is destroyed. Claire must have left to save Stan before clipping the last evil flower. Stan and Evie know they have to make one more trip to set things right, again. However, the Eccles cabin, which is the station for their time travel, is also destroyed. Fade out on the second season.